Leadership On The Board and Above Board 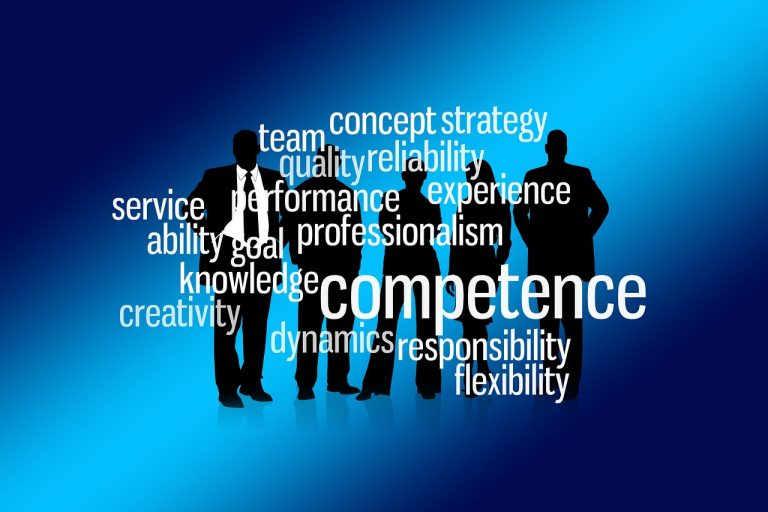 Let’s take a deep look at leadership accountability in higher ed and what you can do to improve your institution’s leadership. The prestige of being a top higher education leader has a definite lure. The perks of the office, the collaborative leadership style, and the constant focus on maintaining positive public relations – both for the institution and the leader or board – can create a bubble. However, that bubble can quickly burst when a situation – such as what happened at Michigan State University – emerges on campus after not being handled properly or effectively.

Michigan State University President Simon’s resignation should serve as another reminder to higher education leaders that what happens on campus is ultimately their responsibility. Simon’s resignation came on the heels of the conviction of longtime MSU employee Larry Nasser, who was sentenced to up to 175 years in prison for sexually assaulting young female athletes. Simon came under fire for being both out of touch and tone-deaf, especially in light of a report that 14 MSU representatives had been told of Nasser’s misconduct allegations over the 20-year period prior to his arrest, according to a CNN story. Several students who were Nassar’s victims charged that the university failed to protect them.

Simon’s fall should sound familiar. Similar athletic scandals brought down top leaders at Penn State and Baylor, and in some cases led to criminal charges. However, scandals are not limited to the college stadium or arena. Scandals concerning student cheating, research, IT hacking, and financial issues have rocked the top offices of the ivory tower. Therefore, it is critical that the lure and trappings of the presidential office not overshadow the basic requirements of being a leader.

We live in new and daunting times, and higher education leaders are increasingly “being pulled in different directions than their predecessors,” wrote Jonathan Gagliardi on American Council of Education’s Higher Education Today blog about the evolving nature of the college presidency.

“Chief among their responsibilities is the need to guide their institutions through a series of transformational changes that will ensure their impact long into the future. This ultimately means serving the student of the 21st century, reinventing academic programs and student services, and reconsidering finance models.”

In light of these factors, we at The Change Leader believe that to succeed in these challenging times, presidents have to return to the basic tenets of leadership.

Embracing the Foundations of Leadership

During my days at the Naval Academy, we were taught there are three legs that comprise the leadership stool: authority, accountability, and responsibility.

The first is authority.  Higher education leaders should not delegate their authority away to the point that they are unable to maintain a meaningful level of accountability. It can be tempting to turn major issues or projects over to a trusted lieutenant to handle. However, in today’s polarized environment that is driven by social media, higher education leaders would be wise to post (and regularly refer to) one of our presidents who brilliantly placed the signage on his desk:

Second, accountability. Higher education’s top leaders must make sure that accountability is part of their daily schedule. “People respect what you inspect” is another adage that needs to remain at the forefront of a university leader’s mindset.

Thirdly, responsibility. Higher education leaders need to claim responsibility when things don’t turn out well. Doing so builds trust among an institution’s various constituents and can help prevent a long and drawn-out public relations nightmare. Claiming responsibility also sets the tone for an organizational culture that extends deeply throughout the institution, thus helping to create an environment of integrity and excellence.

Responsibility may be the most difficult of the three in today’s litigious environment.  Nevertheless, the greatest leaders take responsibility when things don’t go well (and give credit to others when they do).

Leadership On The Board and Above Board

Leadership issues are not confined to an institution’s administration. Board members increasingly have had to step up to the plate as their own roles have broadened. For instance, boards of trustees now are responsible for fundraising, hiring and firing presidents, and providing feedback on institutional policies, strategic planning, governance, culture, cybersecurity, and risk assessment.

With that said, it’s important for boards to take their proper place in higher education. Nominating committees must put people on higher ed boards that understand education and good governance, not just the “pastor of their church” because we are a faith-based institution or a lawyer/campaign donor because we are a state school.

Board members must maintain a high level of responsibility by embracing due diligence when contemplating a matter in order to avoid rubber-stamping recommendations put forward by higher education administrators, and at the same time, avoid micromanaging the institution’s day-to-day activities.  They also need to be engaged, conscientious, curious, and positive while being both strategic and tactical in their thinking.  This can be a delicate balancing act given the new responsibilities required of boards and their members.

Those days of when the board speaks only to the president should be gone.  The board must keep a finger on the pulse on all things going on at the institution.  According to the Blue Ribbon Commission report by the National Association of Corporate Directors, “Because of its significant interdependencies with strategy and risk, active monitoring of the organization’s culture is a full-board responsibility, with specific oversight activities housed in committees as appropriate.”  This includes ensuring outliers — those who operate outside the norms of the institution — are reined in and/or dismissed from the institution.  Just because you have a superstar working for you doesn’t mean that he/she should be allowed to behave in ways that are outside the organization’s culture.

Furthermore, board members also have fiduciary responsibilities that cannot be delegated. Fiduciaries hold a position of trust, must act with the highest good of the organization in mind and should maintain a higher standard than the professional staff.

There are three core fiduciary responsibilities – duty of care, the duty of loyalty, and the duty of obedience. Duty of care means treating the university’s affairs – financial oversight, compliance with laws, and commitment to the institutional mission and rules – with the same care as they do with their own individual responsibilities. Duty of loyalty requires a trustee to put the university’s interests first, practice personal integrity and transparency, support the Board’s decisions and adhere to the university’s conflict of interest policy. The duty of compliance ensures that the university is in alignment with all federal, state, and local laws as well as institutional bylaws and policies.

As fiduciaries, board members must realize that their individual duties as trustees make them personally responsible and liable for actions, errors, and omissions. The whole board also shares responsibility and liability to broadly ensure that the university fulfills its mission while remaining legally compliant and financially sound.

We are seeing the backlash first-hand. Too many have turned a blind eye to the bad/criminal behaviors that have given rise to the #MeToo and #TimesUp movements. Frankly, it’s about time. These behaviors have NO PLACE in society, but especially NOT in higher ed, as we have a special charge for being responsible for those who interact with vulnerable populations.

Vulnerable populations are not only defined in terms of research and 45 CFR 46 and/or Title IX; they are defined as ANYONE who, because of their relationship and what they might have to lose, are put in a position that might make them vulnerable.

In the U.S. Navy, a “collision at sea” generally results in the commanding officer of the ship or squadron CO of the aircraft being relieved of his/her command if there are “mistakes” on the part of people for whom they have responsibility.  To wit: In the past six months, there have been two collisions at sea of U.S. Naval vessels in the Pacific Fleet, and both commanding officers and the fleet commander were relieved of their command, and it was recently reported that the commanding officers of the ships involved are being brought up on criminal charges.

This is an unprecedented level of accountability, even for the Navy, but when someone is appointed to command of the Naval vessel, he/she is responsible for EVERYTHING that happens to the ship – good AND bad – because they set the tone and culture for the organization, including the training that the sailors must undergo to do their jobs effectively.

It is the same of the chief executive of an institution of higher learning.

Leadership in Higher Ed is Accountable for Safety

As a leader, it is our responsibility to ensure the safety of our charges to the best of our ability. Organizations such as Michigan State, Penn State, Baylor, and other institutions have failed in their duties.  With Penn State, criminal charges were brought. In the Michigan State case, a special prosecutor has been appointed to investigate what employees knew, especially since the New York Times reported Saturday that the MSU internal investigation (which reported that no one in the chain of command knew of Nasser’s actions) was not independent and was created solely to shield the university from potential liability.  The state’s attorney general indicated that criminal charges are possible.

Some of my colleagues do not agree, questioning how we can hold someone in a leadership position responsible for something they knew nothing of.  For someone who doesn’t come from a military background (or perhaps doesn’t understand leadership), this would appear to be correct.  However, the chief executive/leadership of an organization sets the tone and culture for that institution, and s/he is responsible for everything that happens in that institution.  RHIR.

I am not sure what it will take to get people to realize being on the board or in a senior leadership position at a university isn’t just for the prestige, visibility/connections, and perks. There are clear fiduciary responsibilities that must be taken seriously.  I (hope) suspect the increasingly vocal movements for leadership accountability in higher ed will have some effect.