No Means No: Power and Abuse in Academe 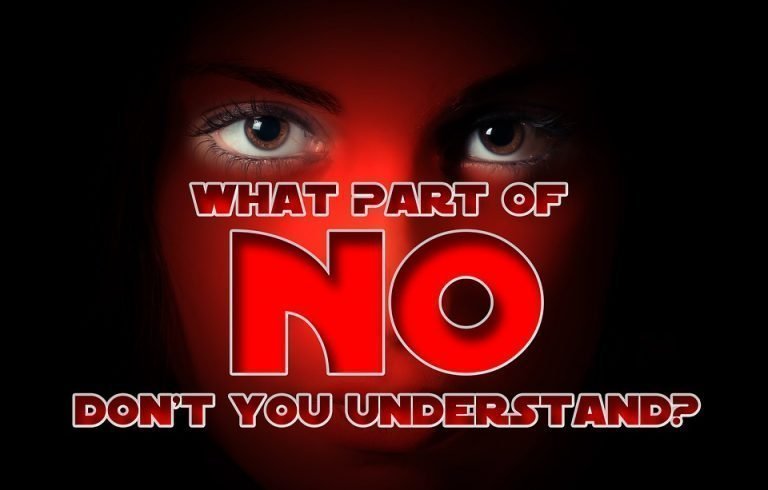 Power and abuse in academe continue to be an issue.  The charges of sexual harassment by mega-producer Harvey Weinstein have consumed the attention of the media over the past year. The tales have led to an outpouring of “Me too” by Facebook and Twitter users who have experienced unwanted advances and worse in their own lives.

Sadly, the cases of abuse of power and sexual harassment / abuse are not limited to casting couches and individual women across the world; they include multiple earlier accusations by women against president Donald Trump; media figures including Roger Ailes and Bill O’Reilly of Fox News, Charlie Rose (CBS, PBS, and Bloomberg), and Mike Oreskes (NPR); members of Congress including Al Franken (D, MN), John Conyers (D, MI), and unnamed sitting members; and Supreme Court Justices, Clarence Thomas and Brett Kavanaugh.

Unfortunately, higher education institutions are not immune to the issues of abuse of power and sexual harassment/abuse, and in many ways, this reflects the endemic issues across society.  BUT ….

JUST BECAUSE IT IS DONE (WRONGLY) IN OTHER PLACES DOESN’T MAKE IT RIGHT IN HIGHER EDUCATION.  ACADEME IS (AND SHOULD BE) BETTER THAN THIS.

Not surprisingly, faculty members often face temptation through their interactions with undergraduate and graduate students. However, any transgressions are increasingly being called out in reports to administrators, protests, on social media, in studies and in the media.

A recent study published in the Utah Law Review analyzed nearly 300 faculty-graduate student harassment cases. The analysis found that most faculty harassers are accused of physical harassment and 53 percent of the cases involve alleged repeat harassers. The study suggests that a “disturbingly high proportion of available cases indicate evidence of higher-severity sexual harassment that includes unwelcome physical contact and/or a pattern of serial sexual harassment of multiple victims by the same faculty member.”

Additionally, a 2015 study by the Association of American Universities found that almost 10 percent of more than 150,000 female graduate students at 27 large U.S. universities reported that faculty had sexually harassed them.

Students at the University of California Berkeley held protests in 2016 because they believed that the school continued to protect the interests of prominent faculty members instead of the safety of students. In one case, an architecture professor placed his hand on a graduate student’s upper thigh and then proposed forming a close friendship. The professor was reportedly still teaching and holding one-on-one meetings with students, even though the university barred him from the classroom for a semester.

This incident came on the heels of student protests against the return of a former UC Berkeley law school dean who had sexually harassed his executive assistant. And in 2017, a recent UC Berkeley graduate filed a lawsuit against a well-known philosophy professor claiming that he sexually assaulted her while she was working for him.

These types of incidents are not isolated. An investigation found that University of California faculty – not including those at UC Berkeley — were involved in 28 sexual misconduct cases over a three-year period. These cases were a subset of 112 cases from January 2013 to April 2016 at nine campuses, excluding Berkeley. Some of these cases involved cafeteria workers and administrative staff.

To see a compilation of the reported incidents in higher ed, see the recent article in the Chronicle of Higher Education.

While faculty and staff may be getting much of the attention in the news lately, one of the largest cases of rape and sexual harassment involved Baylor University. A wave of sexual assault charges against the Baptist-affiliated university’s athletic department led to an all-encompassing scandal that resulted in changes in the school’s top regents and university leaders, a review of the school’s approach to sexual assault and dating violence, and the role of the athletic department in encouraging an environment that allowed football players to prey on young women.

Stopping a Culture of Harassment

Leaders of colleges and universities have the responsibility of creating an institutional culture that protects students and staff members.

Regular review of policies and enforcement procedures is critical in keeping campuses safe. For instance, the University of Minnesota’s leaders are in the process of revising its sexual harassment policies and conduct code. This decision was made in the aftermath of an alleged gang rape of a female student by football team members.

The new policy condenses the university’s procedures into one document and provides new definitions. The new code of conduct also creates a new definition of “assisting or abetting” in prohibited conduct. Advocates believe the definition – which indicates the student or groups intend for the misconduct to occur and their actions significantly assist the person who is committing the action – would make it very difficult to implicate anyone under the university’s new policy.

In addition, the university system’s board of regents will consider more comprehensive sexual harassment procedures at its December meeting. All of the approved policies will take effect on January 1, 2018. These policy changes come in the wake of the U.S. Department of Education’s decision to withdraw guidance concerning the investigation and adjudication of campus sexual assaults.

Brigham Young University also was placed in a firestorm in the aftermath of an alleged rape case in 2015. This incident led to the review and revision of the university’s Code of Honor.

In this case, a man was accused of raping a BYU student after meeting her at a gym and the pair allegedly pursued a consensual relationship. The pair met in an off-campus apartment; however, the woman changed her mind about having sex, according to the AP News article. This decision allegedly led to rape.

The student went to report the incident but felt BYU’s Title IX office staff wasn’t sympathetic since they forced her to go to the Honor Code office. The Honor Code established standards for university students’ behavior, which includes prohibiting premarital sex.

The student then filed a formal complaint against the Title IX office. BYU’s leaders analyzed the connection between the Title IX office and the Honor Code offices and ended up revising the Honor Code policy. The new policy now states that students “will not be disciplined by the university for any related honor code violation occurring at or near the time of the reported sexual misconduct unless a person’s health or safety is at risk.”

In mid-October, a jury found the man who was at the center of the 2015 BYU rape case not guilty. The jury’s deliberations during the four-day trial lasted for approximately five hours.

Taking the Next Steps

While policy reviews are important, training faculty, staff, and students is critical. In addition, the process for starting an investigation as well as ramifications for offenders needs to be clearly stated, made public, and then followed. That, however, often isn’t the case. In the story about the University of California system infractions, the Associated Press reporters found that some of the cases involving faculty members had been the subject of rumors for years before action was taken. Repercussions for predatory faculty members varied.

For instance, some faculty were not renewed or were fired while others temporarily gave up merit pay increases. Other faculty members were allowed to resign or retire prior to the resolution of the investigations.

While the protection of institutional culture is of utmost importance, it is important to note that abusive behavior has more than one victim. In fact, research suggests that people who hold powerful positions and are abusive to employees are not immune from the consequences of their behavior. According to University of Maryland assistant professor Trevor Foulk, powerful employees who abuse their subordinates also end up suffering when they are at home through reduced need fulfillment and relaxation.

This comes at a time where the Trump Administration has rescinded many of the protections of victims of sexual assault in setting aside the “Dear Colleagues” letter from the Obama Administration, which provided extra protection to victims of sexual assault in the name of “constitutional guarantees to accused.”  Yes, this is important, but the enforcement of the higher standard has reinforced commitments to the victims and helped them gain the courage to speak up.

Making a Stand Against Sexual Harassment

Sexual harassment – no matter who instigates it — does not have a place on a higher education campus, let alone our society. We need to stop casting a blind eye when these incidents are rumored. Instead, as leaders, it is our responsibility to make sure that the key pieces – policies and procedures, training, and ramifications for breaking these rules – are in place and then follow them in a timely manner and to the letter.

Bottom line.  Administrators and faculty – no, EVERYONE in a position of authority over others, or who are put in that “position” through another’s behavior (e.g., drunkenness) — have a moral and ethical responsibility to act appropriately, i.e., treat EVERYONE with dignity, respect, and honesty.

Someone who goes to a party and drinks too much, or one who interacts with others in a position of authority (e.g., faculty members, dissertation chair, movie producers, television producers, politicians, etc.) should NEVER have to worry about inappropriate behavior, let alone sexual assault.  It is OUR responsibility to learn to behave, and it is disgusting to take advantage of someone who doesn’t have the ability to defend themselves, either physically or because they have too much to lose.

We are better than this as a country and as individuals.

The new Biden/Harris administration has indicated their plans to combat the sexual assault and domestic violence issues facing our society. You can view Joe Biden’s plans for the Violence Against Women Act.