Defining the Role of Academe in the Future of America

Defining the role of academe in the future of America needs to be addressed and defined by leaders in the Academy. A new administration took office this week—and this is one of the most important transitions in our country’s history. The national acrimony and strife that has been building since the 1980s came to a head this year, exploding into the streets, on campuses and into the headlines. The sharp political divide, Black Lives Matter, the takeover of the U.S. Capitol, the rise of innuendo and slander and divisiveness brings us to a basic question – what is the United States about?

Our nation has changed tremendously since its founding. The roots of our country were established based on the ideas so elegantly noted in the U.S. Declaration of Independence:

“We hold these truths to be self-evident, that all men are created equal, that they are endowed by their Creator with certain unalienable Rights, that among these are Life, Liberty and the pursuit of Happiness.”

The Bill of Rights elaborated, offering an initial 10 amendments that provided a critical framework for our country: freedom of speech, press, assembly, protest, and religion; the ability to keep and bear arms; the freedom not to have to billet soldiers in private homes; protection from unreasonable search and seizure; due process of law when accused of a crime; a speedy and public trial by an impartial jury in criminal cases; a jury trial in civil cases; protection from excessive bail, fines and cruel and unusual punishment; a guarantee of other individual rights that are not listed in the U.S. Constitution; and delegation of powers to the federal government, states and the people.

Yet with that idealized future, we also need to realize that less-than-ideal situations emerged—and the tentacles of those early decisions continue to have an influence today. These include:

These situations have slowly and subtly ingrained themselves into our thought patterns over the generations, causing an unconscious cultural bias that can be difficult to identify in ourselves and to weed out. In the worst cases, we think what we believe—no matter how outlandish–is normal and correct—and we look for every way to reinforce it.

America has  reached an inflection point—and the question becomes, “What next?” for the future of America. Will we use the current situation as a rallying cry to start another civil war? Can we instead respect the right of others to their feelings, values and individual freedoms, even if they differ from ours? And can we begin to analyze our own behaviors and take personal responsibility for our own actions without instantly placing the blame on others?

If we don’t get this right, the experiment called the United States of America could easily fail. In fact, every previous great empire eventually became a dinosaur, falling by the wayside and in some cases, becoming extinct. These downfalls always start within, due to civil unrest. Then, the country crumbles and is conquered.

This doesn’t need to become our nation’s reality. In fact, the U.S. already has broken the pattern by being the first nation created as a democracy from the start. But with that said, we need to take a page from George Washington in the award-winning musical, “Hamilton”: “Winning was easy, young man; governing is harder.”

The Future of America Moving Forward

In moving forward, our focus needs to be firmly on the basics of governing in a democracy – inclusivity, listening to others who have differing views, and finding common ground (which exists, even if we don’t always see it).

Ultimately, this comes down to leadership at all levels. As Michael J. Fox’s character in the movie The American President said,

“People want leadership, Mr. President, and in the absence of genuine leadership, they’ll listen to anyone who steps up to the microphone. They want leadership. They’re so thirsty for it they’ll crawl through the desert toward a mirage, and when they discover there’s no water, they’ll drink the sand.”

Quite frankly, we’ve been drinking sand in a mirage that was created by an absence of true leadership for a while. Both parties have long ignored the needs of anyone outside of their base and cared mostly about the issues and positions that get them (re)elected, instead of what is best for the country. They have talked past each other instead of listening deeply. The idea of bipartisanship and compromise—as illustrated in Hamilton’s “The Room Where It Happened” when Alexander Hamilton meets with his foes Thomas Jefferson and James Madison to develop a workable plan forward—seems like a dusty relic from our past.

This has led to politicians who have reached out to people who have been ignored and come to believe that the country is going to “hell in a handbasket” because of abortion, gays, minorities, etc. This group, who is feeling intense anger bordering on blind rage, believes certain politicians understand and embrace them and would prioritize them over the perceived “others.” These ignored citizens also believe certain politicians’ promises that they would radically change the nation’s course on a variety of areas, including globalization, immigration, and workforce retraining. What we saw at the U.S. Capitol earlier this month is the logical outcome of this approach, with the mob’s ire being fueled by lies from various politicians, media, and internet sources.

I am not excusing or minimizing the behaviors of those who believed they could take the “law” into their own hands by storming the U.S. Capitol on Jan. 6. Their actions and behaviors were and are TOTALLY WRONG and MORALLY REPREHENSIBLE in a civilized nation, one that proclaims to be the leader of the free world.  These individuals must be held accountable for their actions.

Having said that, it doesn’t take a Ph.D. to see how they came to their ill-founded decisions. They have been continually fed lies from our “leaders,” and those lies have been reinforced over and over again by “news” outlets that are primarily promoting propaganda; and social media sites whose profits come from keeping the most eyeballs on their content, regardless of the information they are allowing on their platforms is factually correct or not.

The responsibility also lies at our feet for not speaking up in every way we could, including voting in the mid-term elections to oust individuals who were engaged in spreading lies or inciting insurrection.

America has a short memory (which has its positives and negatives), but in my mind, the words that fulminated the actions at the Capitol and those actions themselves are on par with what happened on 9/11. We should not forget what the U.S. response was in 2001—and in the same way, we should hold accountable those individuals who were responsible in word and deed for what happened at the U.S. Capitol two decades later.

Now we are at the precipice and must find a way across the chasm. What that will take is leadership that is adept at undertaking a high-wire act.

What does that leadership look like? Here are some thoughts for both policymakers and Academe leaders:

Academe in the Future of America – Where Do We Go from Here?

The Academy has a unique position in this country, and in many ways, it is a divine mission – to train young minds to think and to prepare them for their adult lives. This is a huge responsibility, and we need to view it in such a way.

People go into academe and become teachers for many reasons, but ultimately, it is a calling – a deeply felt need to help others. In academe, this manifests as a desire to guide younger generations in ways so they can reach their full potential. One of those critical things is to teach people what truth and morality are. Indeed, based on current events, these may be the most critical of all the skills that we in academe must teach.

Before we can do that, we have to understand what truth is for ourselves. Truth is not black or white. It is not Republican or Democrat. Truth is universal. And truth can be inconvenient – think about what the initial signers of the Declaration of Independence had to go through:

These men were not professional soldiers. They were not your run-of-the-mill person who was unwilling to step up – they had been born into or made themselves leaders in society at that time. Twenty-four were judges or lawyers, 11 were involved in business, nine were farmers. They were men who were well educated and had money. And they signed the Declaration knowing that “the penalty would be death if they were captured.”

John F. Kennedy, in his book Profiles of Courage, wrote “A man does what he must — in spite of personal consequences, in spite of obstacles and dangers, and pressures — and that is the basis of all human morality.”

It is time for a deep look at defining the role of academe in the future of America. For higher education leadership and the ecosystem as a whole to step up and not allow lies and shading of the truth to interfere with our Great Republic. Because make no mistake, the Republic requires the same courage today that those 56 signers of the Declaration of Independence had–to stand up for what is right and truthful. 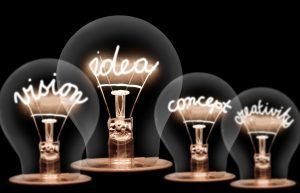 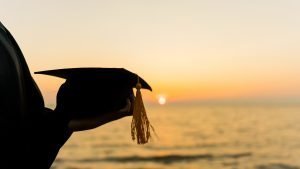