#BlackLivesMatter in the Ivory Towers 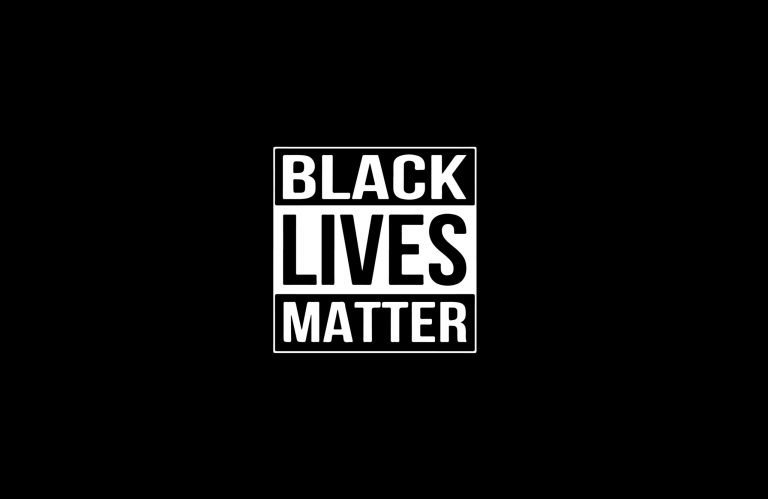 #BlackLivesMatter in the Ivory Towers. We’ve been here too many times before.

Look back to 2017 when Inside Higher Education reported that Yale University and Harvard were forced to make changes in previous decisions that symbolically honored individuals who had ties to slavery.  And these issues weren’t limited to the Ivy League; Centre College changed the name of McReynolds Hall when students researched and found out that the namesake, a Supreme Court justice, was among the most bigoted justices of his era. These were a start.

America, and the world, are now dealing with the deaths of George Floyd, Breonna Taylor, and others. Their needless deaths have sparked outpourings of outrage on social media and riots across the nation. This comes on the heels of the initial stage of the coronavirus pandemic, and people seem more raw and emotional — and maybe more open to true systemic change.

We all know that higher education is a ticket out of poverty, and as one of the (if not the best) institutions charged with preparing individuals to make the world better through its graduates and its research, it’s time we in higher ed started looking closely at and then fixing our own houses. Real change must begin with the visible issues that are at our institutions (statues of Confederate supporters on our campuses or–as in the case of my alma mater, the U.S. Naval Academy–the statue of “Tecumseh” that adorns the entrance to “T-Court” and Bancroft Hall), but also the very structural foundations that govern our institutions.

Yes, they may mean something different to some of us, but to others, they are a hurtful reminder of the past. Something that if we shared similar circumstances, it would hurt us as well.

Higher ed must quit burying our heads in the sand (e.g., committee work that goes nowhere), and instead, focus on the injustices and history on campuses and make things right. We need to recommit to a legacy where all voices matter, not just white voices or those in “power,” and find ways to bring those who have been marginalized to the table. And then listen to them – their opinions are equally as important as ours. In doing so, we offer them significant opportunities for their voices not only to be heard but to be used to create meaningful action.

This is the point behind #BlackLivesMatter.

#BlackLivesMatter in the Ivory Towers and Examples for Inclusivity

Here are six examples of what institutions could do to create a 21st-century campus that is inclusive for everyone:

Surface divisive comments to encourage accountability and transparency. Many comments that go under the radar cause racial tensions to fester. Western Illinois University serves as the model of what not to do. A year ago, its president resigned after facing a leadership crisis that included race and local politics as well as state budget cuts. During Dr. Jack Thomas’ final weeks as president, the local newspaper published emails in which an emeritus professor told a board member that Thomas’ longevity as president was only because he was black.

The community—which is mostly white—also got involved in the campaign to oust Thomas. While there may have been good reasons for Thomas to step down, the shadow of racism should not be among them. Board members, administrators, faculty and staff should be held to the highest standard in these types of matters.

Evaluate opportunities for blacks and other underrepresented groups to move into leadership positions, whether in a formal setting (such as a president, provost, or dean) or as chair of prestigious campus committees. I believe the biggest reason why there aren’t more African American leaders in the ivory towers has more to do with unconscious bias than anything else.

Let’s face it – people generally like and gravitate to people similar to themselves. This is no different in the ivory towers than it is anywhere else in society. Leadership isn’t a skill exclusive to only white-skinned people. I’ve been fortunate to work under many good leaders throughout my career, and some of the best have been minorities and some of the worst were white.

Find ways to help promising black and other minority faculty members build their leadership skills. Building a mentoring program is a great way to encourage and develop minority leaders; suggested ways included: encouraging participation in a leadership academy; serving as a mentor or coach; appointing an aspiring leader to serve as special assistant to the president; nominating mid-level leaders for specific leadership programs and for other institution’s presidencies. We need to do a better job in promoting and training new leaders who don’t necessarily look like previous generations’ leaders.

Look at organizational culture. Many higher education institutions do not have the capacity for truth-telling due to the lack of historical knowledge, or because leaders who create and maintain the campus environment are part of the dominant culture that maintains the same degree of comfort and engagement. To change the narrative—and therefore, the culture—requires bringing diversity among institutional leaders. As the saying goes, “you don’t know someone until you’ve walked a mile in their shoes.”

Analyze hiring policies and salaries for all positions. A 2018 article by the Hechinger Report indicated the hiring of black faculty had declined. “In fact, the proportion of annual faculty hires who are black did not increase in the 10 years ending in 2016, the most recent period for which the figures are available; it fell slightly, from 7 percent to 6.6 percent, according to additional federal data analyzed by The Hechinger Report,” author Matt Krupnick reported.

Federal data also showed that only 1.8 percent of tenure track instructors at the University of Washington were black, 2.7 percent at Arizona State University, and 0.1 percent at Brigham Young University. Additionally, data suggested the proportion of nonwhite faculty is far smaller than that of nonwhite students. This suggests that while higher education talks a good game, there isn’t any follow-through.

Look at equity in relation to salary and tenure/promotion. In a 2019 op-ed in Inside Higher Ed, Dr. Zawadi Rucks-Ahidiana argued, “White Ph.D.s are still the majority of those entering tenure-track positions, but … the number of nonwhite Ph.D. recipients taking academic jobs increased significantly. And because of their later access, black, Latinx, and Asian professors are disproportionately entering academe just as publication standards and expectations to secure tenure-track jobs are rising.

Such increases in standards and expectations disadvantage racial and ethnic minority faculty, given that white faculty, as a group, entered academic jobs when the expectations for hiring and promotion were comparatively lower.” Dr. Rucks-Ahidiana also noted non-white faculty members have to respond to much greater student demands for mentoring, role-modeling, and counseling for the growing number of students of color.

Additionally, almost 75 percent of black, Asian, and Latinx professors felt they had to work harder than colleagues to be seen as legitimate scholars. This included supporting/mentoring students, legitimizing their research, and navigating ethno-racial “microaggressions” that are part of what she termed as “invisible labor” that most higher education institutions do not recognize in the tenure and promotion process.

The CEO of a university for which I previously worked tasked me to do a study to examine how he could get more faculty engagement. One of the critical findings of the study was pay equity – there were multiple faculty members who were making $250K+, while others were making $40K for doing the same if not more work. One of the remedies was to publish everyone’s compensation, but not surprisingly, when the results of the study were publicized, those who were making the most $$$ were extremely vocal about not publicizing their compensation.

These are just a few of the things that institutions should be looking at going forward.

We in higher ed, as much as we like to think we are above racism and discrimination, are not. It only takes reading The New York Times to hear some of the “stupid” things that some of our colleagues have said and done in the past, e.g., a math professor at a California college asking a Vietnamese-American student to Anglicize her name, and then telling her that “her name ‘sounds like an insult’ in English.”

#BlackLivesMatter, just like with the #MeToo movement, it’s time for us to LISTEN to others, look at ourselves critically, and make the changes that are critically needed. Not to do so would be a huge mistake.