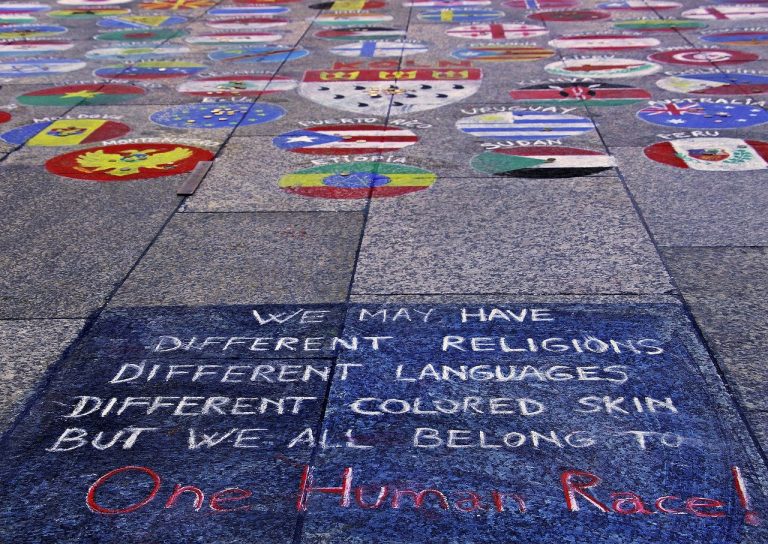 The world has become a place of open pain and suffering, as well as one in which people are more curious. People are asking questions about how we got here and where we are going next. While part of this is due to the coronavirus pandemic, another major part involves the explosion of long-simmering racial tensions.

University of San Francisco Vice Provost for Diversity Engagement and Community Outreach Dr. Mary Wardell-Ghirarduzzi’s work on diversity and strategy has focused on helping senior leaders in higher education build their own equity and inclusion capacities. She is focusing on helping people to understand how we as a nation got to this place.

Leaders who work on organizational behavior need to understand how the nation reached this point in order to help everyone heal. That’s a complex question, but also simple at the same time.

Dr. Wardell-Ghirarduzzi said the simple answer is that the way that the United States was constructed as a country of people left a stain in regard to how the founding fathers went about it. We often glorify what one does; however, it’s equally important to focus on the “how” these efforts get done as an organization or a nation. The nascent nation of the United States was created on the backs of enslaved individuals and it was further expanded on the genocide of indigenous people who already were in North America. The combination of those two events—which have continued and can be seen in the nation today—informs the economic capital, the cultural capital, and all of the social capitals that make the United States what it is today.

In developing the nation’s social institutions (including higher education, banking, housing, and health care) that contribute to the idea of life, liberty, and the pursuit of happiness, leaders created legislation, laws, and policies so as to develop these institutions. In that process, these leaders had to make decisions on how to participate in the nation and be part of the construction of these institutions some of which marginalized large groups of people. This marginalization extends to a variety of people from various nationalities, including those of Chinese and Japanese origins.

Unfortunately, our nation has been built in a way that has not been true to its founding ideals. Subsequent policy decisions have been in many ways a reenactment of what happened in 1619 when the first enslaved peoples of African descent came to the nascent colonies to help build the country.

Dr. Wardell-Ghirarduzzi pointed to the failure of Reconstruction after the Civil War. During this time, states had the ability to decide how they were going to treat individuals of color. Leaders ended up enacting policies that became the Jim Crow Laws, which were worse in some ways to people of Black descent than slavery had been.

Since the country was founded, its continued expansion has been done in ways that marginalized individuals through all of the nation’s institutions, such as colleges/universities, churches, banks, and associations/groups. As one of the core social institutions in the United States, higher education has roots that mirror the history of other social institutions.

Understanding this is important because it is institutions that make up the fabric of society. Now, even in more recent institutions such as technology firms, there is hidden and unconscious—and sometimes conscious—forms of racism and bias. This goes beyond individualized forms of racism. Systemic organizational forms of racism have been part of the country since its early days, e.g., the Jim Crow laws.

Everyone is guilty of unconscious bias. By focusing on this concept, it becomes a way to talk about the concept but not activity, and as such not engage in taking personal responsibility for one’s role in continuing the forms of institutional racism that exist today. These individuals take a pass on the realities of people who doing their part in relation to understanding and working through organizational bias.

This brings us to our leaders, and included in that are University presidents.

That type of response, that focusing on the concept but not the activity of unconscious bias of which we are all guilty, does not hold water for leaders who have responsibilities of duty and stewardship. Those individuals’ response to unconscious bias must be to understand the complexities of institutional racism and deal with it.

Unconscious bias shows up in the modern-day form in how we make decisions because we have biases that we are not aware of. However, just because we are not aware of the biases doesn’t mean that they are not felt by the very individuals whose institutional leaders are seeking to serve. Because of this, people in leadership roles (and especially University presidents) have a much higher standard and a much higher responsibility to understand that they have unconscious biases and route them out and deal with them.

Our leaders today must be proactive in determining what they do not know or understand or identifying how their leadership approach is causing them to stumble in this regard. Dr. Wardell-Ghirarduzzi suggests that individuals need to learn to unlearn in order to relearn. You have to learn new things which is going to cause leaders to confront that they have to unlearn things that are problematic to leadership in the institution. Then through relearning, leaders can respond appropriately to the needs of their community today.

The First Step to Changing Racial Inequalities in Higher Education

Understanding that there is unconscious bias and then identifying the blind spots is the first step. Dr. Wardell-Ghirarduzzi likes to do an exercise when doing learning sessions. As part of those, she talks about micro-aggressions as a modern-day form of racism and how it shows up. Students, faculty, and staff of color often mention this, so by highlighting this, she’s able to help all participants understand how micro-aggression works.

The real work for leaders is to do their own introspection on their own racial identity and how that informs the ways they address the issues they respond to. She cautions leaders that they will need to create space, especially during this current timeframe, to pause long enough to do the necessary discernment work. This involves higher education leaders understanding their own racial formation – how they came to think in the ways that they do (even if they do not think they are racist).

How did they understand race as a child?

When was the first time I interacted with an African-American or Black person?

Did I have Black children in my classroom?

When was the first time that I had a Black teacher?

What grade? Who taught me about race?

What was the perspective of those individuals who raised me about race?

Where was I raised?

What zipcode did I grow up in?

How did my neighborhood influence my current ideas around race?

Who did I marry? Who was on my wedding invitation list?

While these questions are seemingly insignificant, when examined in their entirety, they can create a story around an individual’s beliefs around racial formation. You can ask the same set of questions to people of color and have different responses.

The diversity of today’s college campuses means that students have very different perspectives and a different reality and understanding of the complexity of race in how they experience racism in their residential life as well as their time involved in the university’s classrooms and activities. Having people in leadership roles who have gaps in that experience that are too far from the students, faculty, and staff with whom they work means they need more understanding. By and large, many higher ed leaders need to do this in-depth self-assessment work, especially since they tend to be predominantly white and male.

Even though there has been progress in adding more leaders of color as well as female leaders, more work needs to be done to reflect the diversity on campus. There’s an ocean between the leader’s lived experiences and the diverse experiences of those on campus. This means that there is a significant learning curve for many smart people.

Based on her own experience, Dr. Wardell-Ghirarduzzi believes racial illiteracy exists among the American university presidency right now so they are not quite equipped to respond to the issues and needs that are on the institution’s doorsteps. That gap is where she and others are trying to sound the alarm and also to point out the need for diverse representation in leadership.

Higher education leaders need to continue to try and understand the root problem and the root causes of racism in America. One way to do this is to become students of the Black experience in the United States and develop a deeper understanding of this experience. This will enable them to be able to talk about these issues with some sense of urgency and command. Students, faculty, and staff expect them to have command of the knowledge of racial justice. Dr. Wardell-Ghirarduzzi believes leaders need to be put the same amount of energy and attention to this learning as they are having to put into the financial crisis.

Leaders also need to evaluate their inner circle or cabinet. This includes evaluating whether these individuals are living out the mission and statements that the institution says is so important to them. Have these individuals expressed their commitment to the demands of equity and inclusion by ensuring that they have diversity in their own teams? That not only includes people who do diversity work, but also extends to business/finance, marketing/communications, development, and academic affairs. If their cabinet currently is and remains overwhelmingly white, then these individuals are not leading at the moment.

Working with Faculty and Students

Begin at the Individual Level

Dr. Wardell-Ghirarduzzi believes that this effort begins with the individual. People are looking for guidance and modeling, and want individuals who have their fingers on the pulse and can help lead the institution to where it needs to be through communication and action.

Higher education leaders can transform by coming to an understanding of their own background and the gaps they have, and then begin working earnestly with a sense of urgency around responding to areas that need to be addressed through additional leaders.  They need to understand that what’s holding them back is also impacting those who are working under their leadership. This, in turn, is holding the university back.

Students and younger staff and faculty have a higher expectation of leaders in relation to this area of understanding racial injustice. These two generations believe that leaders have had enough time to figure this out and educate themselves.

This means that higher education leaders can no longer hide behind their ignorance. They face a significant cost if they write, speak or do something on the campus that is based on this ignorance.