The Effects of Nationalism, Politics, and Free Speech on Universities 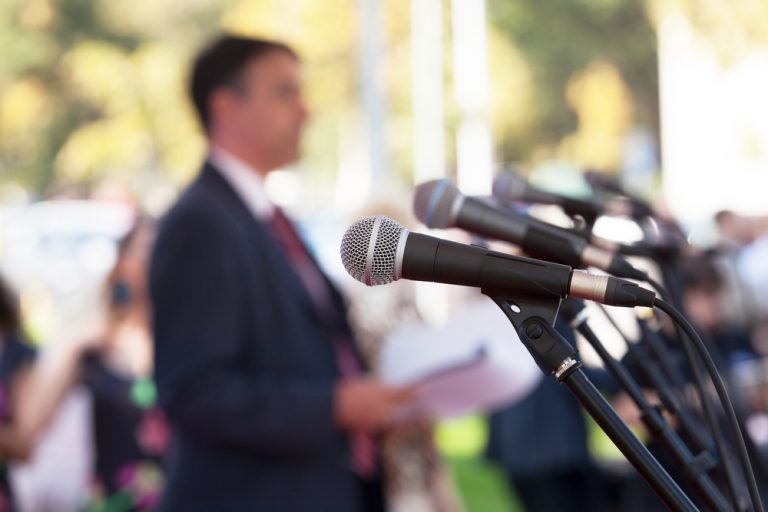 The Effects of Nationalism, Politics, and Free Speech on Universities and Colleges across the country.

The past few weeks have brought news of more presidential resignations – Dorothy Leland of UC Merced, Eduardo Padrón of Miami Dade College, and Karen Haynes of CSU San Marcos. These three are representative of the “top of the class,” presidents who served with distinction at their institutions and were in the “hot seat” a significant amount of time.

However, far more disturbing is the rash of presidents who are stepping down after only a short time in the big chair, e.g., James Gallogly of the University of Oklahoma and Rahmat Shoureshi of Portland State University. These follow in the wake of resignations at Michigan State, USC, and UNC (System President and Chapel Hill’s Chancellor).

What is going on? Why are we seeing such a rash of resignations under less-than-favorable circumstances?

We know that today’s university/college president is torn in many directions, and it is made especially difficult with the partisanship that exists within our nation. But at the root of all these issues is a lack of willingness to listen to and understand others’ perspectives in this country and how this is fueling the “I’m right, and you are wrong (and stupid) mentality.

Free Speech and Politics on Campus

One must look no further than Washington to see how polarized our country has become. We have labels for almost everything – the alt-right, the right, the center, the left, the extreme left, socialist, capitalists, and ideologues. We have a president who labels (trolls) people with whom he disagrees, e.g., “Crooked Hillary,” “Lying Ted Cruz,” “Pocahontas,” and many others. We continue to have a divided Congress with little room for any compromise, resulting in our government becoming (even more) paralyzed.

Many of us are frustrated with this but guess what: Washington mirrors our culture – we as a society have become divided as well. We generally read only those news articles which reflect our own personal perspectives, i.e., if you identify with the right, you generally watch Fox News, and if you identify with the left, CNN, the Huffington Post, or the Washington Post. And we increasingly don’t listen to each other or even try to find ways to get to common ground.

Academic freedom is important in that it helps students learn how to think critically for themselves, but we appear to have become intolerant to others’ belief systems when they are in opposition to our own. And faculty use the justification of academic freedom to espouse their own views that may be contrary to the espoused policy at their institution.

A recent article from the Chronicle summed up what is going on.  “Trump’s election revealed an uncomfortable truth: What many people – especially the well-educated within and beyond academe – took to be consensus views are not shared by all Americans.”

We know that in today’s universities and colleges, the role of higher ed leadership and presidents is torn in many directions, but at the root of the issue is a lack of willingness to listen to other’s opinions and find ways to understand, even if you don’t agree.

Take, for instance, an event that happened a few months ago where a student punched a member of Turning Point on campus while they were attempting to recruit people for the organization. Or the protests at UC Berkeley in 2017 against Milo Yiannopoulos’ speaking on campus that turned violent when black-clad Antifa protesters infiltrated the group, turning a peaceful gathering violent. (To hear more about this, go to our podcast with Dr. Dirks.) These behaviors would not have been tolerated even three years ago, but now they seem to be more the norm.

We’ve always had differences of opinion and people speaking out about causes, but it appears far more partisan and confrontational than it was in the past. Previously, when there were protests, most were peaceful, e.g., sit-ins in the president’s office or the like. It was only occasionally they turned violent, e.g., UC Berkeley or Kent State and the Vietnam War, and were “life or death” causes people felt very strongly about.

Now, it appears that everything is life or death.  It is as though “free speech” is threatening because it opposes beliefs that people hold very dear to their psyche, and hearing others’ opinions threatens their core belief system and, in fact, their very existence. In other words, I am right, and you are wrong.

Politics on Campus and Generational Differences

Each generation has its own thoughts and ideas, as well as its icons. For those of you who can remember when the Beatles and Elvis came out, the previous “silent” generation (i.e., my parents) rebelled and said, “this isn’t music, it’s noise.” And now it’s me saying the same thing about rap music – it’s not music; it’s noise.

Every generation has faced this – they have new ideas that they want to run with, but the old guard won’t make changes. Bringing politics on campus isn’t new. If you recall, it was the Baby Boomer protests against the Vietnam War that ultimately swayed public opinion against the Vietnam War and led to President Johnson’s decision not to seek a second term and forced President Nixon to pull the troops out of Vietnam. It also led to the 26th amendment of the Constitution, changing the voting age from 21 to 18 years old (remember the old adage/rallying cry, “if I’m old enough to die for this country, I’m old enough to vote”).

The latest generations making their way in the world, Millennials and Gen Z, have different ideas than the older generations, the ones who are currently “in charge.” They see things more from values right vs. wrong perspective instead of a money perspective.

They see and identify with the damage that is being done to the planet. They see the hypocrisy in Washington where one party appears to be carrying Trump’s water, and the other one will do anything they can to break the bucket. They see how the game has been rigged to distribute wealth to those who already have it. And given the volume of student loans they have to incur to get a college degree, they feel that they have little chance of succeeding and realizing the “American dream.”

Take, for example, the Green New Deal. Many of the things which Rep. Ocasio Cortez put forth in the GND make perfect sense and are needed for turning around climate change, especially with the younger generation. However, because it goes against the big money currently powering politics, that won’t fly in how the current game is played.

This new generation feels it is their moral imperative to speak out, and they have the media and technology savvy, and the distribution channels via social media to do that. And they can circumvent traditional news, which is controlled by the old guard. Remember the adage – anyone with a smartphone is a reporter.

So how does this relate to higher ed? And what can (and should) higher ed presidents do about it?

The Role of Higher Ed Leadership

We as educators, and especially those who are leaders at educational institutions, have been given a special trust – to help the next generation find their way.  Marvin Krislov, President of Oberlin College, said it best: “Part of our job as educators is to encourage students to find their voices and help them channel them productively to bring about change or improvement.”

Unfortunately, many in higher ed leadership positions believe that their voice is the “right” voice and are intolerant of these new voices that differ from theirs. Students, however, are not taking this any longer, e.g., BYU, who (yet again) found themselves in the news with respect to their honor code. In a rare protest, about 500 students gathered at the Provo campus to “protest how the school enforces its Honor Code.” Among the chants that were heard at the protest resounded loudly: “Bring Honor to the HCO” and “We have a voice.”

We need to learn that stifling students’ voices and free speech on campus just because we do not agree with them isn’t the way to lead a higher education institution.

We are examples (good or bad) for students and our staff. Part of being that example is having discussions with people with whom we would not normally associate and/or agree with. But how do we, as leaders, teach students how to do that? By listening, discussing, and co-creating a solution.

In other words, we become mentors to them while not dissuading them from their dreams or downplaying their opinions.

We must, in the 21st Century, define success in a new way with new metrics. The development of wisdom, discrimination, and ethics in students has become equally if not more important a task than teaching students the business of business (or whatever subject they are studying). We must help them develop as people and as future leaders in our world.

In short, I believe that our job is to assist the student in both learning the material and learning wisdom. Thus, when s/he is able to think with wisdom and apply it with discrimination and proper ethical values, we have helped the student progress on the path of self-actualization. It’s at this point that we earn the right to be called “teachers.”

And isn’t that the highest compliment we can pay to one another?