The Polarization of Higher Education 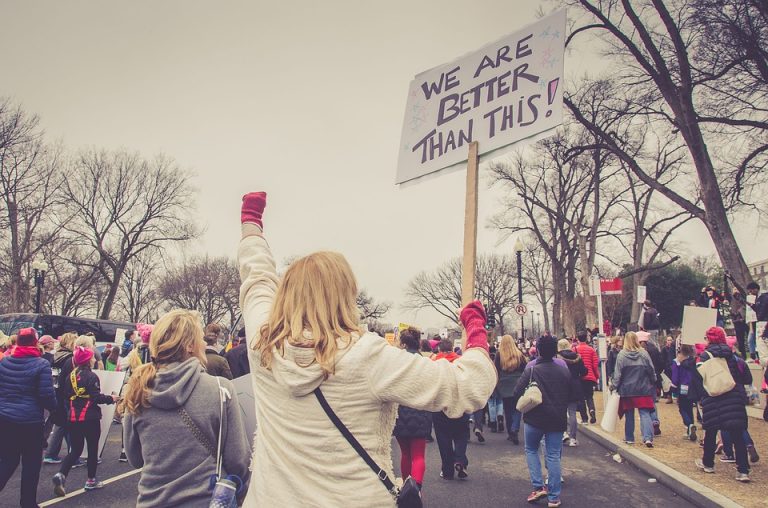 The polarization of Higher Education isn’t entirely new. During the 1960s campuses became very political, but things died down for a while. The divisiveness in American society has been growing for a while, and while this deep polarization seems to be further cleaved by the latest tweets from President Trump, the divides, which began to pick up again in the 1980s, have been getting substantially worse over the past decade.

Unfortunately, higher education isn’t immune to this conflict  Policymakers, faculty, students, outside agitators, and college athletes all have stepped up to voice their concerns among the ivy-covered walls and ivory towers of higher education. This discourse can be healthy, especially if higher education embraces its long-standing role as a place encouraging healthy dialogue. However, finding a sense of balance in thoughtfully discussing and analyzing these views becomes challenging when power, greed, and partisanship seem to be tipping the scales away from the common good on college campuses.


Part of this change may be tied to the emergence of career politicians in top higher education roles. For instance, Janet Napolitano was selected to serve as president of the University of California System, even though she has no experience in education. The same is true at Purdue, which hired former Indiana Governor Mitch Daniels as president, and the University of North Carolina System, which brought on Erskine Bowles, who served as chief of staff for President Bill Clinton. Florida State University hired John Thrasher, a Republican state senator and former speaker of the House, as its president. Texas A&M University System’s chancellor, John Sharp, is the former state comptroller.

Furthermore, selection to boards of regents often is based on cronyism and politics instead of an educational perspective. For instance, one university’s Board of Regents is made up of attorneys, a banker, a state official who worked in finance, and a healthcare executive. One of its members, a retired Air Force general officer, served as superintendent of the Air Force Academy; however, there is a vast difference between that highly selective and regulated institution and a public university.

The growing political dynamic is leading to charges of meddling in the day-to-day operations of higher education campuses or the university system. This change also is leading to increasing strains between boards, administration, faculty, and alumni groups.

Texas was an early and key battleground state in this divisiveness. In 2007, The Texas Public Policy Foundation issued a report that encouraged the Board of Regents to serve as leaders in reforming higher education through evaluation of institutional missions, organizational structure, curriculum, and cost-efficiency.

“With tuition costs exploding and the focus on education diminishing, trustees must exhibit the leadership to challenge the conventional way of doing things and refocus colleges and universities on providing quality education in a competitive and efficient environment,” said Foundation President Brooke Rollins. “Policymakers also have a role to play – the governor must appoint trustees who are committed to reforming higher education, while lawmakers must allow greater competition in the higher education arena. Students have to come first.”

Soon after, then-Texas Governor Rick Perry encouraged regents to consider what he called “Seven Breakthrough Solutions” which was developed by long–time political ally Jeff Sandefer, who worked as a faculty member at the University of Texas McCombs Business School before founding for-profit Acton School of Business. During his tenure at the University of Texas, Sandefer helped create a highly regarded entrepreneurship program around a curriculum that he helped design. However, he left UT in 2002 following a public spat with the university over hiring part-time instructors with professional experience – Sandefer’s preference – over tenure-track professors.

Perry went on to appoint Sandefer, who served on the Texas Public Policy Foundation’s Board of Directors, to the University of Texas System’s Board of Regents. During his tenure on the Board of Regents, Sandefer pushed for implementing his solutions at UT. These reforms, which could be categorized as attempting to make universities more “business-like,” included linking professor salaries to student evaluations, increasing faculty workloads, and quantifying professors’ work and the value it brought to the university.

In addition, UT System Regent Chairman Gene Powell brought in Rick O’Donnell, a reformer who had ties to Sandefer and the Texas Public Policy Foundation, to serve as a special advisor to the board with a salary of $200,000. One of O’Donnell’s TPPF reports from 2008 questioned whether academic research was a good investment for Texas.

Sandefer’s Seven Breakthrough Solutions initially gained some ground within selected parts of the university before pushback emerged among administrators, faculty, and influential donors. While these ideas deserved a place in the debate, stakeholders were not included in the discussions in most cases, which resulted in massive resistance to change.

Outcries from influential policymakers and University of Texas alumni forced regents to declare publicly that they did not have a hidden agenda. O’Donnell was fired six weeks after starting, although he went out with a bang by contending that his effort to obtain data on how exactly tuition dollars and taxpayer money were being spent “was resisted at the highest levels,” according to then-Texas Monthly columnist Paul Burka in 2012.

Texas, like California, has been a bellwether in many situations in higher ed and other areas.  What happened in Texas has been repeated across the country. For example, in 2012 the University of Virginia’s Board of Visitors removed President Teresa Sullivan because she was not moving quickly enough in implementing reform, only to have to reinstate her shortly thereafter after significant pushback from stakeholders.

In addition, some of the key players in Texas continued to foment strife. For example, Sandefer helped bankroll a conservative nonprofit, the American Phoenix Foundation, that was called to task for trying to secretly film lawmakers and lobbyists.

The challenges continue in the private sector as well, especially in for-profit education.  For example, for those universities which have gone “public,” their first and foremost responsibility is to their shareholders, and then to their students.

In another case, the owner of one for-profit university (who had never been in higher education except as a student prior to founding a university) structured the bylaws of the institution to ensure that he could never be removed as president or a board member, and the board essentially had no say in the direction of the institution.  This flies in the face of all regional accreditors’ policies on maintaining a “Chinese wall” between the ownership of the university and the university itself.

Private non-profit institutions also have some of the same challenges, with institution presidents bringing their “friends” onto the board to ensure that they remain in the “big chair.”  These types of behaviors perpetuate the divides that we are seeing in higher ed.

The polarization of Higher Education has caused blindness to its purpose. These incidents, and especially the zero-sum game that politics has become, direct the spotlight away from the critical mission of higher education institutions – the education and preparation of students to be contributing members of the economy as well as thoughtful and productive citizens.

This loss of focus can start an institutional downward spiral as politics on campus – who “wins” and who “loses” — becomes more important than the quality of education, which includes LISTENING to all points, instead of attempting to drown out those with whom they disagree.  And ultimately, it is the students who are hurt by these behaviors.

Nowhere in the Constitution does it say that common decency and respect should be sacrificed in the name of free speech.

As a wise man in India once said, we must “learn to behave,” and return to a time where we respected others’ perspectives and beliefs, setting politics aside to find ways to work across divisions to build a cohesive educational system that works for EVERYONE, not just a select few with whom we agree politically.  Until then, we will continue to play a zero-sum game that disrespects everyone else’s view other than our own, and the divisions within our country and the world will ultimately destroy the things that we love the most.