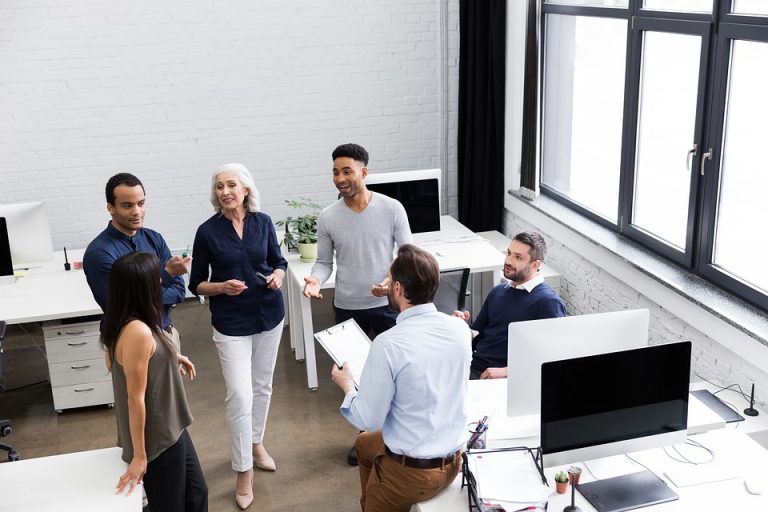 Student Leadership Development Programs – Higher education leaders often talk about creating the next generation of leaders.  Many current efforts at colleges and universities are focused on flipped classrooms and leadership seminars. But how do we give young adults firsthand experience (instead of theoretical knowledge) of the skills and abilities needed for becoming leaders in their future organizations, communities, and globally?

More importantly, how do we create that next generation of leaders to be of service, instead of always going for the money?

Many colleges and universities continue to use a model in which students follow the guidance of an advisor in organizing an event. That type of student participation continues the top-down decision-making management chain that characterized the late 1900s. However, with the advent of technology, flatter organizational structures, and entrepreneurship, a few institutions of higher education are reconsidering their approach to fostering student leaders.

Texas A&M University has become a role model for student leadership development programs, flipping the traditional model of student leadership on its head by placing students in charge of organizing groups and major events. The model’s origins began in the 1970s when Dr. John J. Koldus joined the university as its first vice president of student services.

Texas A&M’s culture at the time was firmly rooted in its military traditions originating in its founding as an all-male military college. However,  university leaders knew the university needed different opportunities for student involvement after it started enrolling women and minorities in the early 1960s.

Koldus started looking for ways to connect with students. He developed a notecard system in order to learn the names and something special about each of the 18,000 students who were enrolled at the time. He also hosted weekly student lunches in order to build deeper relationships.

The administrator used his own school experiences to inform how these student organizations operated. Koldus remembered how his teachers created a caring educational environment in which they provided advice and support but he was responsible for making his own decisions. Thus, he came to believe that students should have the responsibility for planning and orchestrating major events instead of only following the directions of educators.

With that said, Koldus also modeled how faculty and advisors should oversee students’ involvement in these organizations. He invited student leaders to have dinner with him every Thursday and then used these dinners as a form of a “leadership lab” during which students could learn about the university’s politics as well as the politics of their own organization. “The whole idea was for us to communicate and to discuss any problems or concerns that they had or I had,” Koldus said in a Texas A&M Foundation article.

As part of this process, students increasingly become responsible for an organization’s operations, including planning events, training other students, and overseeing finances. Faculty members or advisors to these organizations serve as a sounding board and failsafe lever to assure that the students’ efforts don’t go astray. This model allows students to learn how to integrate the university’s core values – excellence, loyalty, respect, integrity, leadership, and selfless service – into leading a group or real-time event.

Putting on a Big Event

One of the most visible of these experiences is Texas A&M’s Big Event. Started in 1982, this event is now the largest one-day student-run service project in the nation. More than 21,500 students – approximately a third of Texas A&M’s enrollment – participated in the Big Event on Saturday, March 25. Approximately 2,300 jobs were performed across the Bryan-College Station area during the one-day event.

This year’s event was under the direction of Dalton Harris, a senior computer science and engineering major. He was responsible for managing a $150,000 budget and a core team of 12 students who oversaw student recruitment, community outreach, operations (fundraising), and program (development of the event). In the weeks leading up to the Big Event, approximately 300 additional student participants handled a variety of other tasks, including doing on-site reviews of community members’ requests, working with the media to promote the Big Event, and matching student work teams with community requests.

Finding a Common Vision with Students

Building institutional programs organically (i.e., from the ground up) is a great example of how your people will more fully support programs when they can offer their own ideas and/or have input into them before they are established.  This is what we call the “stakeholder attunement process,” something that our clients all fully embrace as the best way to implement new programs and make changes to the existing ones.

Student-run programs such as the Big Event offer a meaningful way for university leaders and student leaders to engage in practical leadership and service. By using a holistic management approach (thinking systemically; alignment of the strategies, organization, and processes; and attunement of peoples’ vision and hearts), leaders can create a shared vision that helps all participants find common ground and then achieve success beyond their imagination. In addition, both groups get a better understanding of the other’s perspectives which encourages synergies in future endeavors.

Dr. Koldus’ initiatives around student leadership are just one of the many great things that Texas A&M has done over the years.  They turn out great scholars, but more importantly, they embrace educating and developing great student leaders who have learned the importance of leadership as well as the nuts and bolts of how to lead.