How to Improve the ROI of Higher Ed 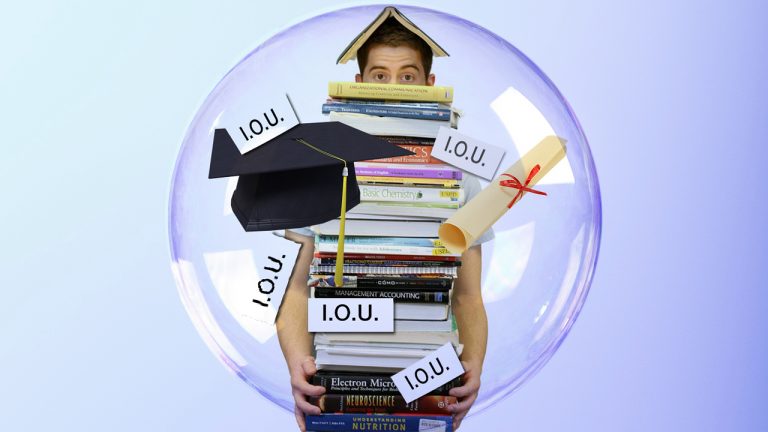 Unsustainable tuition increases in Higher Ed, and out-of-control student loan debt is a hot topic in politics as well as driving down enrollment. From where will the money come to keep your institution enrollment at a sustainable level?

These days, institutions of higher education are susceptible to economic uncertainty on multiple fronts. A decline in international student enrollment during the Trump administration could reduce revenues at both private and public universities. Despite a slight uptick in the rate of public funding over the last few years, state economies are still recovering from the last recession, and the slightest hint of economic uncertainty could plunge those figures back into negative territory.

Tuition Increases Up and Tuition Revenues Down

The biggest financial squeeze of all, however, comes from a slowdown in tuition revenues at both private and public universities. It is no longer possible to rely on big annual increases as a potential source of funding; middle Americans have finally reached the saturation point. Moody’s latest tuition survey indicates a pattern of “steady but tempered growth” for tuition going forward, placing the projected median net tuition revenue growth rate at a modest 2.0 – 2.5 percent, a figure in line with the national inflation rate.

Universities are going to have to look elsewhere to stay solvent, embracing internal change as the vehicle to become more efficient and competitive enough to continue attracting quality students. Here is a couple of important considerations that institutions of higher education can accomplish that goal.

Acknowledge the Importance of Branding

For years, universities were squeamish about using coordinated marketing campaigns to attract students, relying instead on the kind of organic branding that has developed over the decades. The problem is all but a few prestigious schools lack a discrete brand once they move beyond their locality — where they rely on name recognition — into the online marketplace. Failing to differentiate themselves, universities tend to focus on weak branding points like student-teacher ratio and campus aesthetics.

In order to develop a strong brand, institutions of higher education need to focus on a unique selling point for students who attend classes at their campus. They also have to think beyond the physical campus and find a way to brand themselves for online students without resorting to hackneyed taglines that don’t reflect the school’s core mission.

Consistency is what matters most. If your institution’s signature focus is moving a high percentage of students into the workforce when they graduate, that goal will be reflected in the programs and curricula as well. In short, branding is not just a message. It is the essence of how your institution operates.

One way that institutions of higher education fall short of developing a cohesive brand is when they fail to realign their mission and core values with their ongoing operations. The University of Oregon came to this realization after spending the first five million of a $20 million marketing campaign that featured an esoteric one-word message, “If.” The advertising was not only “inane and insulting” — it said nothing about who the University of Oregon was.

The university decided to pull out of the campaign and focus instead on honoring its commitment to providing quality education. The $15 million slated for the remainder of the ad campaign will now go toward raising money for academic programs, an allocation of resources consistent with Oregon’s commitment to cut administrative expenses by two percent across the board and use those funds toward making new faculty hires.

When you know your core values, you understand your priorities. It becomes much easier to make budget decisions even when funds are scarce.

Proper branding allows you to attract students, and alignment with core values takes a lot of the guesswork out of streamlining operations.  When these external and internal properties are consistent, a university functions most efficiently.

But these are uncertain times for universities, and simple efficiency might not be good enough. That’s when it becomes time to branch out into new directions. You know what has worked for other institutions. Yet when it comes time to commit your own resources, how do you know for sure that you’re moving forward in a direction that will be successful?

Assessment tools are becoming an important way for universities to predict future success, especially when some of the new directions – competency-based education or hybrid teaching models – have only been around a short time. System dynamics modeling, which uses software to describe an institution’s processes and policies empirically, can provide a clear picture of what type of programs will work best. Combined with a more holistic evaluation of how your institution functions on a daily basis, this data-based approach gives board members and administrators the facts they need to make confident decisions.