How to Transform Higher Ed to Create Workforce Readiness 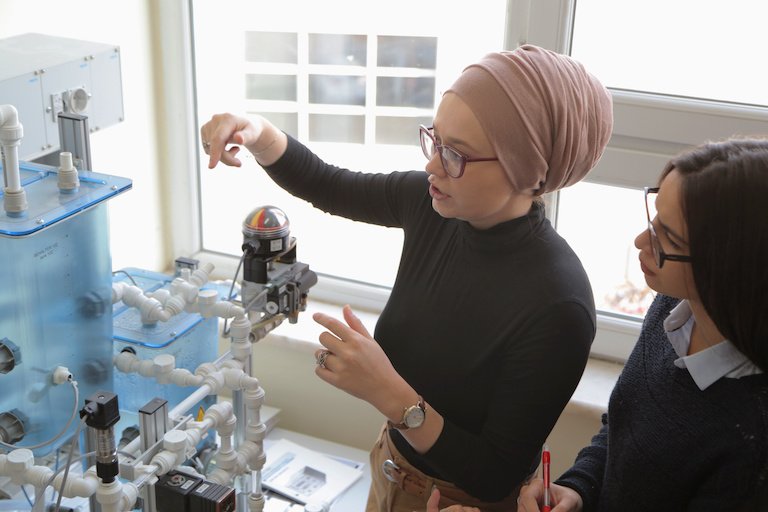 In this episode of Changing Higher Ed podcast, Dr. Drumm McNaughton, a leading expert on higher ed transformation, and Ryan Craig, a journalist and author specializing in higher education, discuss employers’ current dissatisfaction with traditional higher education models and proposals for how to transform Higher Ed to create workforce readiness and improve Higher Education’s ROI. Craig and McNaughton discuss how and why the current issues developed and why higher ed must adopt a more nimble apprenticeship approach—before it’s too late.

Ryan Craig is a journalist at Forbes and the author of College Disrupted and A New U: Faster Cheaper Alternatives to College. He also is managing director at Achieve Partners, which is “engineering the future of learning and earning,” and helped found the nonprofit Apprenticeships for America.

Journalist Ryan Craig has reached a conclusion after years of covering the education beat for Forbes. He believes that the many problems associated with traditional higher education boil down to a single issue: higher education’s profound misunderstanding of what today’s workforce needs, and prospective students’ ability to gain the credentials to meet them.

Long gone are the days when a college degree signaled to employers that a prospective employee had a well-rounded education and also the general critical thinking and problem-solving skills that could benefit the company with additional industry-specific training.

Likewise, today’s students differ from those in past generations, who listed getting a good job as just one of many reasons for pursuing a degree. Many of today’s students are driven by the significant debt they take on in order to earn a degree and make it their top priority to get a return on that investment after graduation.

While there are steps that higher ed could take now to help close the ever-growing gap between traditional credentialing and current workforce preparation needs, Craig believes real transformation will take place only when the situation for colleges and universities becomes truly dire.

“Most institutions are not going to change their practices and produce faster, cheaper alternatives to good jobs unless and until enrollment craters and they have no other choice.”

How did we get here? Simply put, the profound economic changes over the past generation or so have far outpaced the merely incremental changes that higher education has implemented in response.

First, the increasingly digital work environment that has emerged over the past decade has led employers to require very specific digital skills and experience even for what they consider entry-level positions. This automatically disqualifies new college graduates who lack these skills and experiences and is a major factor in the trend of college graduates not being able to land a job that generates a return on their higher education investment until ten years or more after graduation.

In addition, employers today often assess and select job candidates through a process that is initially—or almost entirely—handled electronically, with computer programs that assess résumés for keywords and other factors before an application is reviewed by a human. The result of digital hiring is that a significant number of qualified applicants are overlooked.

“Employers today seek both skills and experience, which turns lots of entry-level jobs into oxymorons because they are obviously not entry-level.”

This degree of specificity further undermines the value of a traditional college degree. A generation ago, the skills that made someone likely to succeed in an entry-level job were much more difficult to define. Employers believed that a bachelor’s degree indicated a level of knowledge and skills that would be a good foundation for the additional expertise the employee needed for success. In other words, the expectation was that the employer would provide a significant amount of training on the job.

Second, students recognize that the debt they take on is significant and that even with loan forgiveness, they must get a return on their investment in order to come out ahead. Compounding this are the increasing costs of tuition, which has been double the rate of inflation over the past generation, and fees, which have risen at an even higher rate.

Inflation and cost of living increases are an additional burden, and today’s students cannot realistically cover a major portion of their costs through part-time jobs, unlike students in the past.

The result is that more than 40 percent of new graduates today are underemployed or otherwise unable to get the kinds of jobs they thought they would get based on their investment in a four-year degree.

“Universities have done a remarkable job of remaining walled off from market forces in lots of ways.”

Third, and most critically, is the failure of traditional higher ed to recognize and respond to today’s radically transformed economy.

Furthermore, skyrocketing costs that outpace inflation have done little to decrease the gap between institutions and the workforce. In fact, expenditures on faculty and classroom instruction have remained the same in recent decades while more funds have been poured into an amenities race, facilities race, and administrative race that produces no tangible benefit—only campus-wide bloat.

This had led to a sharp decline in enrollment across the country in recent years, the pandemic notwithstanding. Community colleges over the last couple of years have seen an enrollment drop of 15 to 20 percent, for example, and enrollment at nonselective public colleges and universities is down by 10 percent.

The Solution: Unbundling Traditional Degrees to Increase Employability and Efficiency

The bottom line is that tuition and other costs have gone up while employability has gone down because what employers are looking for has transformed and higher education is not sufficiently nimble enough or proactive enough to transform with these changes.

One way to help close this gap is through an apprenticeship or skills-based hiring model in which institutions would provide multiple certifications or other very specific credentials that could be attained in less than the traditional four years.

Undoubtedly, such a transformation would be very difficult for academic institutions. They would need to rid themselves of “bundled thinking” around the idea that the only thing they sell is a four-plus-year degree that costs $100,000 or more.

Instead, higher ed leaders should think in terms of dividing that time and cost investment into much smaller, faster, and cheaper products that still are skill-based and help students get from Point A to Point B much faster.

Programs such as the lifelong learning program at Arizona State University, in which graduates can return for additional credit-bearing credentials, or the executive MBA programs that many universities offer, are not the complete answer. This is mainly because the target students for these programs already have good jobs and thus can afford to invest time and other resources into additional credentials.

Similarly, coding boot camps are not the best approach, because students are required to pay tuition in order to participate. This is a bad business model—or at least, a “very imaginative one”—because the student bears the burden of paying to hone the skills that employers are seeking. Ideally, the employer should bear this cost.

Furthermore, desirable soft skills that a college degree is thought to bring, such as emotional intelligence and competence in working in teams, are something that employers could assess during the interview process. At this point, the employer does not focus on the prospective employee’s degree or credentials, but instead on skills such as his or her ability to communicate, to solve problems, and to think creatively.

“I am convinced that apprenticeships are the only equitable answer because if you are learning a valued skill, you should be paid to do it.”

The more appropriate approach is for higher education to create a structured career and credential-building pathway that leads to a good job—namely, an apprenticeship program.

Craig envisions four thousand universities and four thousand apprenticeship programs hiring thousands of young workers across every industry in America. Employers would hire based on interest, aptitude, and potential and then provide training on the job. He believes this would be a “game changer” in terms of socioeconomic mobility and would address many of the economic, social mobility, and even political challenges the country faces today.

Craig cites the example of a company called Medical Sales College, a boot camp that trains medical device salespeople who sell to doctors and orthopedic surgeons. The college provides very specific technical training as well as a recruitment platform that the college developed exclusively for graduates. More than 3,000 hiring managers go to the platform every month, and more than 90 percent of graduates get good first jobs in the medical device industry.

Companies are Abandoning the “Train and Pray” Model of Higher Ed

This is in sharp contrast to the “train and pray” model of traditional higher education, where faculty teach what they choose and “pray” that their students are employable. This model, Craig believes, will become defunct for all but the most prestigious and selective institutions.

To succeed with the apprenticeship model, institutions would need to ramp up enrollment from, say, a thousand a year to five thousand a year, and Craig believes the typical university will not do this unless it has to.

Regardless, higher education must find a way to meet employer needs or risk an even sharper decline. Some major employers, such as IBM, Accenture, and Deloitte, no longer have a bachelor’s degree requirement in all of their job descriptions. For IBM, for example, less than 40 percent have such a requirement.

In addition, a new national campaign called Tear the Paper Ceiling has the mission of producing alternative pathways to employment that bypass the typical college degree. In fact, Craig maintains that degree requirements in job descriptions are “essentially structurally racist,” because of the racial disparities in degree attainment.

Employability needs to be at the heart of the focus for all but the most selective institutions. This means unbundling the idea of a degree plan by starting with industrywide certifications so that the students who don’t make it past the first year still leave with a recognized and valued credential.

Experiential learning should be integrated into academic programs through existing employer recruitment platforms such as Riipen. Faculty can use these platforms to find real-world projects for their courses and for capstone projects.

Career services offices should be abolished and instead be the responsibility of faculty and administrators who help students navigate, think about, network, and find good first jobs. For graduates, this should be the purview of alumni offices.