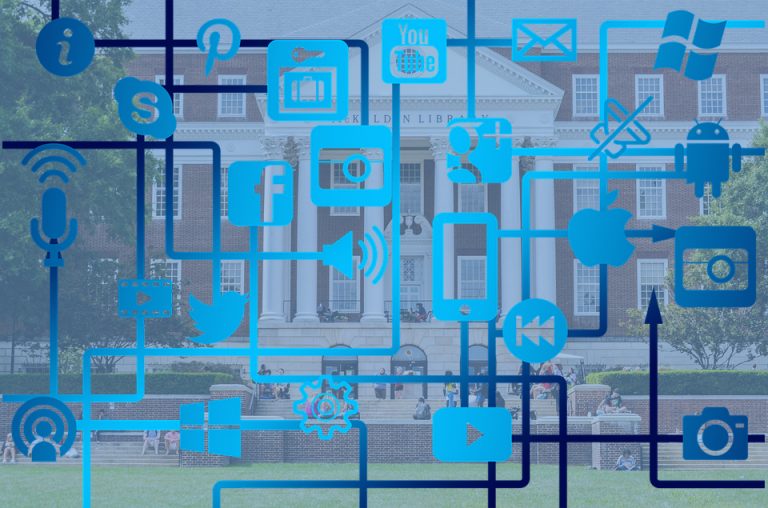 Social Media induced crisis? It’s happened more times than we care to count. Some good changes have come from those crises but that doesn’t mean dealing with the crisis was easy.

“Everyone is a reporter when they have a smartphone.”

Before the advent of social media, a president’s office had days to respond to developing campus incidents – more than enough time to release a comprehensive statement to the press and develop a carefully considered action plan. Universities today don’t have that luxury. With the continual growth of new platforms, a social media induced crisis in higher ed is instant and gives students and faculty the ability to grab the national media’s attention within hours if not minutes.

This level of scrutiny has the potential to cast an unfavorable light on the university as a whole, escalating crises that would have been handled effectively at a local level. The solution lies in taking a proactive stance toward social media, establishing trust with student organizations and staff, and letting the institution’s core values and mission determine responses whenever possible. Reputation management during a crisis, especially a social media induces crisis, isn’t going to be easy, but it is imperative to brand management and backlash.

When Social Media Controls the Message

In 2013, Dr. Mary Jane Saunders resigned from her position as president of Florida Atlantic University, citing media coverage as a primary cause. According to the Chronicle of Higher Education, Saunders “was caught off guard when news articles, often fueled by attacks on social media, directed criticism toward [her] personally.”

Saunders and her administration were unable to respond appropriately to several small crises that garnered national media attention within a short span of time. The most glaring example of poor crisis management occurred when Saunders sped away from students protesting FAU’s decision to let a for-profit prison operator name its new stadium, hitting a student in the arm with the side mirror of her car in the process. Sometimes reactive, other times inactive, FAU was fostering the impression that “lunatics have taken over the asylum,” to quote one of the trustees. Saunders’ resignation followed shortly thereafter.

By the time she resigned from FAU, Saunders had all but thrown up her hands in defeat, expressing exasperation with the way that social media made it impossible for universities to deal with situations on their own terms, locally. Those days are gone. Nevertheless, there are a number of ways that institutions of higher education can manage and curtail escalating crises in the age of social media.

It’s important to respond quickly and honestly – preparing responses on broad statements beforehand can help – and to be cooperative, promising to come forward with further information as soon as it is available. One of the reasons Baylor’s recent sexual assault scandal, which led to the resignation of president Kenneth Starr and head coach Art Briles, escalated to the highest levels is that Baylor sat on the information for two years, giving the appearance of contempt for the victims and the rule of law.

Once the message is out there, however, it remains in cyberspace forever, and the president’s office needs to find a way to minimize speculative responses that will be dissected over and over in the media, transforming a series of isolated incidents into a crisis of mismanagement like the one that led to Saunders’ resignation. One way to avoid this problem is to have several members of the crisis management team read the message before hitting send.

Students and faculty have tremendous power to spread news events quickly due to their large followings on social media. Universities can tap into this power in several ways. The most obvious is to use these platforms to communicate information to students.

Most campuses now maintain strong a strong presence on Facebook, Instagram, and Twitter. Social media scaling allows the university to present information in a coordinated way across all these platforms, helping the institution to stay close to its mission statement.

Old-fashioned connectivity is also important, as the recent “sushi scandal” at Oberlin College illustrates. Once the national press got wind of social media complaints from students complaining about the dining hall’s “cultural appropriation” of certain dishes, Oberlin found itself mocked for elitism when the underlying problem was that it had failed to address the needs of minority students with enough sensitivity to avoid growing frustration and demands.

Oberlin might have diffused some of the race-based anxiety by reaching out to student organizations proactively or even hiring a skilled facilitator to have a conversation about race. Having regularly scheduled “issues meetings” is another way for administrators to check the pulse of the campus mood.

According to Michelle Maresh-Fuehrer, the single most important thing universities can do is to manage campus crises successfully is to research stakeholders’ expectations and know that “whatever those expectations are, any violation of that can become a crisis.” Put another way, the university’s mission is the message.

It’s also important to be transparent. When King University president, Gregory Johnson, began describing faculty dissent as the behavior of a radical few and taking draconic measures to push the university away from its core values, outraged alumni took to social media and organized an effective campaign against him, one that culminated in his resignation.

Social media narrows the window of time between action and response, making it easier for messages to spiral out of control and take on meanings that can compromise an institution’s standing in the academic community. But social media can also be used to enhance the connection among administrators, faculty, staff, and students.

When connections are genuine and strong, the resulting atmosphere of trust makes students more likely to approach administrators — and less inclined to take their case to Twitter.

We help our clients with crisis management and transformation. If you’re facing a crisis in your college or university, please contact us for immediate assistance.