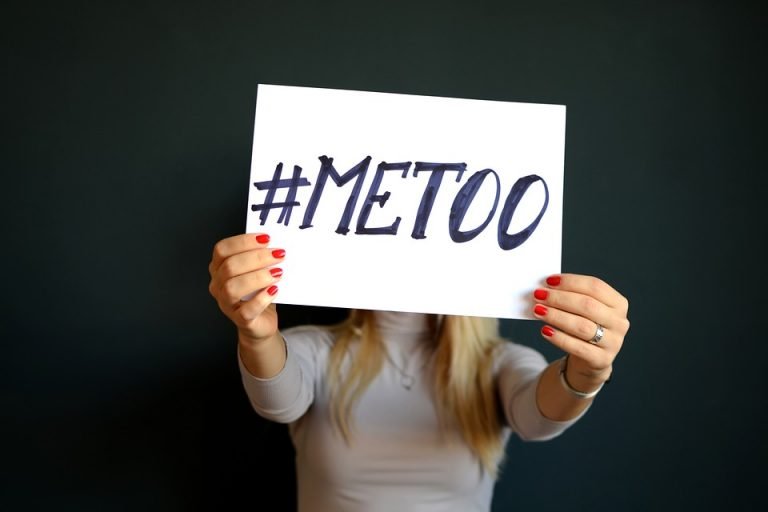 #Metoo sparked a reveal of sexual abuse in academe. Three years ago the Association of American Universities added kindling to a smoldering fire when it released a report that found that 25 percent of female undergraduate students experience sexual assault or misconduct during their time at university. The study pointed out that fewer than a third of those involved in an incident reported it to campus or local authorities, often because they didn’t feel their experiences were serious enough to warrant the report.

In the time since, the nation’s landscape has turned upside down with the election of a President who admitted assaulting women on tape, the rise of the #MeToo movement that led to the downfall of numerous entertainment, political, sporting, and business leaders, and the Brett Kavanaugh Supreme Court hearings.

Higher education has not been immune as charges against faculty, staff, and athletes are trumpeted on newspaper headlines and social media posts.

However, with that said, we are concerned that the pendulum appears to be swinging back to the previous status quo as the U.S. Department of Education released proposed revisions to Title IX rules as bad behavior on the part of students, staff, faculty members, and even a chancellor’s husband continues to emerge. These regular announcements should be a warning to higher education leaders that the wildfire could easily jump a canyon and embers could start an all-consuming fire burning into their own institutional backyard.

Sexual Abuse in Academe and Proposed Changes to Title IX

First, the new guidance narrows the school’s responsibility in responding to allegations of sexual harassment by narrowing the definition of what constitutes sexual harassment to “unwelcome conduct on the basis of sex that is so severe, pervasive, and objectively offensive that it effectively denies a person equal access to the recipient’s education program or activity” vs. the Obama-era rule of “unwelcome conduct of a sexual nature.” Additionally, it expands religious exemptions, e.g., the proposed rule may allow religious schools to disregard certain Title IX protections by claiming religious exemptions.

Second, institutions will be allowed to choose the “burden of proof” necessary for proving sexual assault cases. Currently, under the Obama guidance, the standard was “preponderance of evidence,” i.e., if the situation was more than likely to have occurred. Now, under the new proposed rules, colleges can use either the preponderance of evidence or “clear and convincing evidence,” a higher standard that is commonly used in civil suits.

Third, schools can now be held accountable only if the assault occurs on school-owned property. Victims must report the assault to school officials “with authority to institute corrective measures,” i.e. campus officials not of their choosing, and it requires them or Title IX coordinators to sign a formal document about the assault before a school will begin an investigation.  Additionally, students can be punished for reports that are found to be false (even though a 10-year study published in 2010 found that less than 6 percent of these types of allegations were false). This is expected to dissuade victims from coming forward.

Lastly, the new proposed regulations advance accused rights over those of the victim, as well as require that cross-examination during a face-to-face meeting. This may be a precursor of the “she was asking for it” types of attacks that victims endured when coming forward in the past.

Even with these changes, some colleges and universities want to continue to use their current policies. For instance, Title IX coordinators at some institutions in Washington State are taking a wait-and-see approach to see if the federal government is going to require schools to follow the new guidelines as opposed to making them optional.

Some institutions are especially concerned about the proposal’s change that would not require schools to investigate off-campus incidents, especially since student housing and fraternity and sorority houses are often off-campus. The Department of Education’s draft proposal notes that off-campus incidents comprised 41 percent of the 305 sexual assault reports that provide are analyzed from 104 colleges.

Bad behavior isn’t confined to students. Sexual harassment and sexual violence continue to be widespread and are found among faculty, staff, employees, administrators – and a chancellor’s husband.

Additionally, academic rock stars are being (rightfully) snared by charges of sexual harassment. Prominent Arizona State University theoretical physicist Lawrence M. Krauss has agreed to retire at the end of the academic year. He was placed on paid leave in March and banned from campus after an investigation found a decade’s worth of inappropriate incidents and comments. The investigation found that he was prone to making sexist comments that he later claimed were jokes, was known to grope women and claim that it was inadvertent touching, and engaged in creepy behavior.

Institutions also are facing challenges with dealing with free speech in relation to the current highly charged environment related to sexual harassment. For instance, Mitchell Langbert, an associate professor at Brooklyn College, suggested that he was only writing satire when he equated high school sexual assault with a male rite of passage in his blog.

Georgetown also has felt the backlash when Associate Professor C. Christine Fair tweeted that “entitled white men” deserve “miserable deaths while feminists laugh,” enraging some alumni and parents and calling for her removal (didn’t happen). Instead, Georgetown President John J. DeGilia issued a statement that pointed to the right to free speech while also condemning “violent imagery, profanity, and intensive labeling” based on a person’s sex and ethnicity. Fair also noted that she tries to put a boundary between her personal and professional lives, and as such, doesn’t include politics in the classroom.

All of these issues can have severe repercussions for the institution itself. For example, the NCAA opened its investigation on Baylor University’s football team in 2017 following the sexual assault scandal that resulted in Baylor being cited for a “lack of institutional control” as well as former football coach’s Art Briles’ “failure to promote an atmosphere of compliance.” According to the Fort Worth Star-Telegram, evidence in recent months indicates that the handling of the school’s sexual assault cases extended beyond the athletic department. The case should be resolved by the spring of 2019 and could lead to penalties. However, the university has suffered a self-inflicted blow to its organizational culture that may translate into an organizational form of post-traumatic stress disorder. How the institution is going to unwind the unseen tentacles of sexual harassment from its academic buildings, dormitories and athletic facilities is still left to be seen.

That brings us to the allegations of sexual harassment that involve leaders’ families. Charges against the husband of University of Wisconsin at Whitewater’s Chancellor Beverly Kopper. Multiple investigations are underway and Kopper’s husband, Pete Hill, has been removed from his advisory position and banned from university functions, including those in his own home.

Into the Leadership Spotlight

All of these situations present a minefield for higher education leaders.

“Twenty years ago, it would have been a problem for the institution and only known about in the local community or the narrow region,” said University of Puget Sound President Emerita Susan Resneck Pierce. “What was previously just considered a local problem has become more national because social media has really put a spotlight on the problems. The more intense the spotlight and public attention, the more the board will worry and try to address it, depending on the circumstances.”

Michigan State University President Simon’s resignation and subsequent arraignment on charges of lying to police should serve as another reminder to higher education leaders that what happens on campus is ultimately their responsibility. Simon’s resignation came on the heels of the conviction of longtime MSU employee Larry Nasser, who was sentenced to up to 175 years in prison for sexually assaulting young female athletes. Simon came under fire for being both out of touch and tone-deaf, especially in light of a report that 14 MSU representatives had been told of Nasser’s misconduct allegations over the 20-year period prior to his arrest, according to a CNN story. Several students who were Nassar’s victims charged that the university failed to protect them.

Simon’s fall should sound familiar. Similar athletic scandals brought down top leaders at Penn State and Baylor, and in some cases led to criminal charges. However, scandals are not limited to the college stadium or arena. Scandals concerning student cheating, research, IT hacking, and financial issues have rocked the top offices of the ivory tower. Therefore, it is critical that the lure and trappings of the presidential office or boardroom not overshadow the basic requirements of being a leader.

Institutional leaders, and especially the institution’s board, should keep a pulse on every part of the institution they lead instead of taking daily operations for granted. All of these situations serve as a wake-up call for higher education leaders, who need to (1) make sure that their policies, procedures, and training related to sexual harassment and misconduct are up-to-date; and (2) think about the way they want to be judged in the court of public opinion.