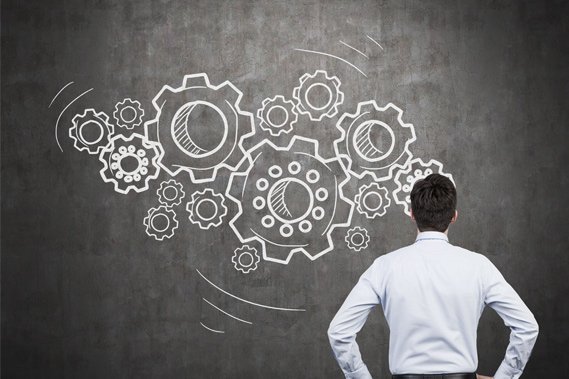 What are the New Year resolutions for college and university presidents? As we embark on a new year, higher education continues to face what seems to be a perfect storm of challenges. It’s what we do to meet those challenges that will determine higher education relevance in the United States – and the nation’s place in the global economy.

While data suggests most Americans believe a postsecondary education is essential despite the high cost, one of the biggest challenges continues to be getting students to enroll. The National Student Clearinghouse recently reported that overall postsecondary enrollments declined 1.0 percent in fall 2017.  In fact, every type of institution suffered declines in their enrollment –

Politico pointed out that higher education enrollments have been dropping since the end of the recession when older adults (ages 24 and above) returned to higher education to retool their skill sets. The NSC report also indicated that enrollments of first-time new students are declining. While the number of graduate students and students in professional programs increased, worrisome declines in associate degrees, certificates and non-degree programs came to light in the analysis.

“This suggests further declines to come overall in the years ahead, which will continue to present planning challenges for institutions and policymakers seeking to adapt to new economic and demographic realities,” said NSC Executive Research Director Doug Shapiro.

The funding vise will continue to tighten around higher education with the passage of the federal tax bill. Many public institutions are projected to continue to experience severe declines in state funding and may see increasing anti-tax sentiments. Education Dive points to Missouri where 71 percent of revenue comes from income tax. The new tax plan could lead to declines in state revenue between $700 million and $1 billion. Battles over limited resources could turn bloody and lead to major turf wars over where money should be spent.

The tax plan comes on the heels of Moody’s decision to downgrade the outlook of the higher education sector from stable to negative. The agency cited higher education’s inability to lower tuition rates as well as the concern that tax reform – which at that time had not been finalized – would have an impact on “enrollment and tuition-revenue growth, philanthropic support and the cost of borrowing.”

While some college and university presidents want to blame everyone else – federal and state elected officials and policymakers, employers, K-12 schools – for their challenges, in some ways we are shooting ourselves in the foot. For instance, The Chronicle of Higher Education reported 66 college presidents – seven of whom led pubic higher education institutions — earned more than $1 million in 2015. This movement suggests that many higher education leaders appear to be out of touch with the current political winds that are blowing in a populist agenda.

Another self-inflicted wound in the court of public opinion is College and University Presidents’ flagging commitment to the concept of college access. A recent report by New America found that 60 percent of public institutions enrolled fewer students from households with the lowest income while increasing the share from the top income brackets by 20 percent. The report states:

“…the results confirm that the vast majority of selective public universities have become less accessible for the most financially needy students since the late 1990s. The beneficiaries of this shift have largely been students from upper-middle-income and wealthy backgrounds, as the overall share of middle-income students from these institutions has dropped as well.”

These enrollment decisions are as much about gaining prestige as they are about dealing with sharp budget cuts.

Upset staff members also are leading to public relations challenges for college and university presidents. For instance, faculty are vocally opposing Oberlin College leaders’ decision to institute a salary freeze. The halt in raises is designed to help the institution chip away at a multi-million dollar budget deficit in the face of declining student enrollment. Interestingly, the college’s Board of Trustees chair indicated that the school had been too reliant on financial gifts instead of increasing the cost for tuition, room and board.

In another example, some critics believe the proposed consolidation of the state’s 13 two-year colleges into the University of Wisconsin System is primarily about saving money. The system is projecting this move as being designed to better serve students, especially those in remote areas, and to keep these smaller schools afloat.

So with that said, what are some “resolutions” that higher ed leaders can take to better position their institutions going into 2018? Here are three:

College and University Presidents – Develop Your Roadmap for Success

According to Rod McDavis, former president of Ohio University, it is critical for institutions to develop a 3-5 year strategic plan in times of financial uncertainty.  We agree.  A strategic plan is a roadmap for institutional success and if developed using a holistic, broad stakeholder-participatory approach, its implementation will take much of the guessing out of the path forward. Of equal importance, institutions will have a plan that can be implemented without (or nearly without) resistance to change.  As Lewis Carroll said, “if you don’t know where you are going, any road will take you there,” and as our founder, Drumm McNaughton, says, “People support what they help create.  They want a say in things that are going to affect them BEFORE the decision is made.”

Some college and university presidents are embracing different ways to try to deal with financial challenges. For instance, income-sharing – an idea that has been around for a while – is being adopted by some institutions as a way to help students pay for tuition. Higher education institutions including Purdue University and Lackawanna College are starting to use this arrangement in which students agree to repay school costs using a set percentage of their future earnings.

Another idea is to think out of the box when hiring new leadership.  Academic institutions are increasingly looking outside of the ivory towers for their leaders in order to find people who have experience dealing with financial uncertainty and turbulent waters of change.  As the Grail Knight in Indiana Jones and the Last Crusade said, “… choose wisely, for while the true Grail will bring you life, the false Grail will take it from you.”  So it also is with choosing leadership.

Many college and university presidents are creating strong partnerships between higher education institutions. K-12 schools and workforce entities can help all parties develop a sharper focus on how to best prepare students for the 21st-century economy. This collaborative approach is especially critical at a time when funding increasingly is tied to measurable outcomes. This approach means that higher ed leaders need to step beyond their institution’s ivy-covered walls and find ways to engage external stakeholders.

In doing so, college and university presidents will need to identify their community and regional needs as well as how their area can fit into the global economy.  These conversations also need to take into account automation, which will eliminate many jobs. Therefore, higher education leaders and external stakeholders will need to identify the types of professions that technology cannot perform and then dedicate themselves to preparing students for these roles through developing critical thinking, collaborative and interpersonal skills.

Arnett, A. (2017). Will state funding to higher ed decrease again in 2018 and beyond? Education Dive. https://www.educationdive.com/news/will-state-funding-to-higher-ed-decrease-again-in-2018-and-beyond/513425/