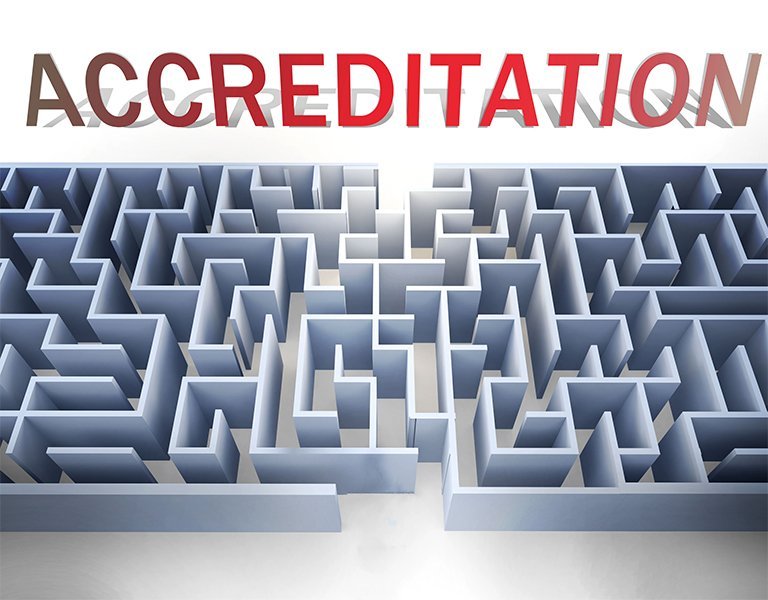 Dr. Belle Wheelan is no doubt right when she says she’s probably the only person on Earth who will ever begin their career at SAC and end it at SACS. In the 48 years following her first higher ed job as a member of the psychology faculty at San Antonio College (SAC) to serve as president of Central Virginia Community College and Northern Virginia Community College, to her long-term current tenure as president of the Southern Association of Colleges and Schools Commission on Colleges (SACSCOC), Wheelan has seen first-hand the profound changes in the nation’s higher ed landscape.

In Part 1 of this two-part series, Wheelan, who earned a master’s degree from LSU and a doctorate from the University of Texas at Austin, and higher ed change leader Dr. Drumm McNaughton begin their discussion of the tsunami of issues facing higher ed and accreditation today, recent SACSCOC standards, her response to criticism of accreditation, and Wheelan’s assessment of what the future holds for SACSCOC.

“There’s a perception that higher ed is not necessary anymore—that it’s not for the public good.”

Confusion has grown in recent years regarding the process of setting accreditation standards. This likely stems from a misunderstanding of accreditation in general—including not realizing that accreditation has a long and rich history, with SACSCOC going back to 1895, for example—and that the roles of the federal government, state government, and accreditor or institution have until recently been seen as very distinct.

Underpinning this is the overall decline in public support for higher ed. The return on investment is seen as lacking, and enrollments are declining, especially in the wake of the pandemic. Unfortunately, however, society in the 21st century requires more skilled professionals with college degrees, not fewer. Even jobs that high school graduates could expect to get just a few decades ago, such as in auto technology, now require post-secondary training. This trend shows no sign of slowing, and in this country, that training still happens in colleges and universities,

Hot Button #2: The Burdensome “New Normal” for Presidents and Faculty

“I would not go back to a college presidency today, even if my life depended on it, because it is a very different job today.”

The plunge in student enrollment—with the “enrollment cliff” expected in 2026—was further exacerbated by the pandemic, which also reduced the skill sets of students now entering college. Furthermore, presidents, administrators, and faculty now also must contend with a plethora of issues that emerged fairly recently, such as food insecurity and serious, ongoing mental health problems among students.

As a result, institutions must do things very differently now. For presidents, this means more—and broader and deeper—nonacademic and academic programs, as well as a new focus on training governing board members for the complex and difficult role they undertake.

In addition, beginning in the early 2000s, presidents and vice presidents began retiring en masse, which was a new phenomenon. Historically, an internal vice president typically would move into the senior leadership role when it became vacant. In the last two decades, however, more presidents stayed in the role for a longer time, and internal vice presidents with a deep understanding of the institution also reached retirement age and simply were not available to move up into those slots.

For faculty, this means finding new ways to facilitate student learning and engagement, as well as fighting career burnout. Faculty increasingly are expected to serve as the first line of contact for students with mental health and other issues, and this new role as informal counselor brings new stressors that faculty usually cannot simply leave behind in their non-work life.

In addition, recruiting faculty members has become more difficult as fewer college graduates pursue post-graduate degrees. Furthermore, the graduate school experience typically does not include systematic training in how to lead, so faculty and administrators must resort to a trial-and-error method at the institutions where they begin their careers. In response, many institutions have launched their own internal leadership training programs because it is easier and more efficient to prepare people who already understand the institutional philosophy and culture for leadership roles.

“You always learn something as a peer evaluator that you can take back to your own institution, even if it’s no more than, ‘Boy, I’m glad I don’t work at that institution’.”

For accrediting agencies, this means identifying ways of assessing an institution’s performance in these new domains. Faculty and administrators can learn about accreditation best practices at peer institutions and get to know their counterparts who also are immersed in these new issues by serving as peer evaluators in the accreditation process. This investment in time and effort leads to learning about creative alternatives for resolving shared problems in a career path that has precious few opportunities for seeing what is being done beyond one’s own campus borders.

Peer evaluators are required to get permission from the other institution to implement their ideas on their own campuses, but at the very least, this is a worthwhile and eye-opening experience. This is seen in the fact that some peer evaluators have volunteered repeatedly for the role for a very long time.

Hot Button #3: The Increasing Politicization of Higher Ed Governance at the State Level

“Members of governing boards of public institutions must remember that their main priorities are the institution and its students, and must be able to tell the governor or legislature, ‘You appointed me to do this job. Let me do it’.”

Increasingly, state authorities are assuming governance roles that they previously left to the institutions. This is a tricky area since the state also is responsible for financing public institutions, and if a university does not have sufficient resources, it cannot hire qualified people, which drives students to other institutions.

The notion that politicians have the authority to tell institutions whom to hire and to threaten funding if they don’t follow through has gotten much more blatant in recent years. Previously, issues such as academic freedom, post-tenure review, and the curriculum were the purview of the institution’s experts. Today, however, politicians increasingly dictate what institutions should do, when, and how.

“Political interference into governance creates a whole new kettle of fish. I get blamed for it. I’m the one that has too much power, or no power. It would be nice if I had power, I have a lot of influence. But I don’t have any power.”

One major part of the new wave of politicization within higher education is that a lot of states are beginning to talk about what can and cannot be taught, especially regarding racial relations or sexual orientation. One example is Florida, which was one of the first states that stopped funding developmental education. The major difference today is that now this phenomenon is found not just in the eleven states with SACSCOC institutions but across the country.

A related issue is board independence, especially for those whose members are appointed by governors and/or state legislatures. These members feel obligated to do whatever the governor or the legislature wants them to do, even when the best-case scenario is that they were appointed because of their rich life experiences, expertise, or good judgment. Appointees should make clear that they must operate independently in the best interest of the institution, even if this means being forced off the board. The board’s primary responsibility is to protect the institution from undue influence, not to do what any undue influencers want it to do.

“The challenge that I see with many public boards is, they don’t realize that they are actually the board of directors for a Fortune 1000 company.”

The issue is different for board members that are elected, who believe that their primary responsibility is to represent their constituents. These must be made to understand that while on the board, they should consider every stakeholder as their constituent, not just the ones that elected them.

Private institutions often have a lot of alumni on their boards, and these members often stay in the position for many years, if not decades. In this case, higher ed leaders must help their board members understand the extent to which the institution has changed since they were students and realize the complexities of governance that they never were exposed to during their time there. In addition, leaders must ensure a smooth and systematic succession process for exiting and onboarding new board members. At one university, a board member has been in the role for 53 years, and the president is remiss in not grooming a successor long before now.

Another aspect of board members that leaders must consider is members who use their position primarily as a stepping stone for future political office—who run for office with total disregard for the institution once he or she becomes prominent enough to focus more on the desired political role. If the board member excels in that role, then the president can have confidence that the political role is deserved. On the other hand, the president must make clear to the board member that while he or she is in office, the sole motivation must be the welfare of the institution.

“I have two degrees in child psychology, and that prepared me to work for college presidents and politicians.”

The then-governor terminated the membership of an entire institution’s board. While SACSCOC has a standard that says every institution has to have a process and legitimate reasons for getting rid of a board, the governor overrode that under a state law that gives him the authority to terminate a board if its membership is not representative of the people who lived in the Commonwealth. SACSCOC determined that the governor had not referenced that law in their policy and thus interpreted the action as undue political influence. In response, the governor made a YouTube video in which he made clear that worked for the voters, not for the accreditor. Members of the House or Senate Education Committees thought the governor had too much authority, and ultimately, the state changed the law.

An institution’s governing board was choosing a university president. The governor had been a voting member of the board, and although he stepped aside and appointed a replacement, he also contacted board members to let them know his choice for president. This would not have been an issue if he had stayed on the board and shared his opinion, but since he was not on the board, SACSCOC determined that his actions constituted undue political influence.