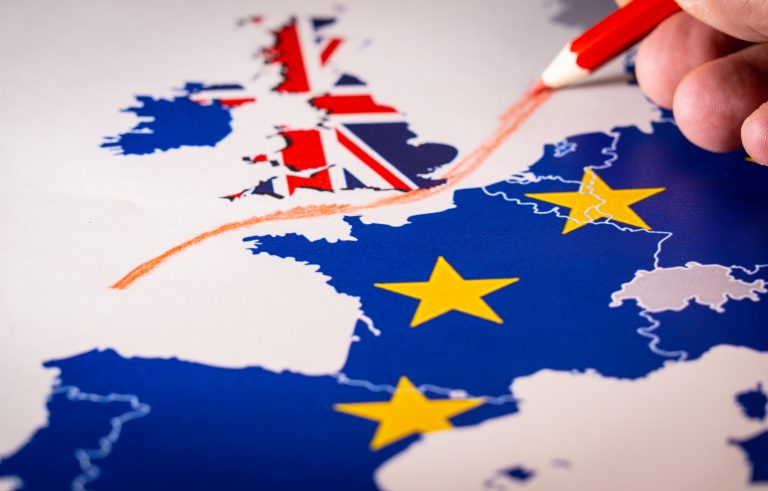 In the run-up for the ill-fated June 2016 consultative referendum, the British public was led to believe they could stay part of the European Single Market – with almost a million affluent consumer the largest free trade zone in the world – but that at the same time Britain could opt-out of free movement, and specifically limit incoming migration. Of course, this type of cherry-picking is not allowed in the European Union treaties, which guarantee the ‘four freedoms’ as a single package: the movement of goods, capital, services, and labour. Britain has been a member state since 1973 for over 46 years, and the British government has been fully aware of this.

Since 2016, Britain’s economy has already contracted between 2.5 percent and 3 percent, a loss of €64 –€77 billion euros ($83-$100 trillion), the British Institute for Fiscal Studies has concluded  (The Independent, 8 October 2019). Going forward depending on the scenario, there may be another 3 to 9 percent contraction in the coming 3 years, with public debt soaring. By any standard, that is a major disruption for all sectors of the economy, including the higher education sector.

Because of Brexit, prospective European lecturers citizens will now, like US citizens, have to apply for a tourist or work visa for Britain. It is likely many can’t be bothered to deal with the hassle, and face expenses of over $1,000 per applicant, in particular, if the status and rights of other family members remain in limbo.

After the December UK national elections, the direction towards Brexit is set, with the separation processes which were already taking place now accelerating. Apparently, over 85% of British academics and over 75% of students oppose Brexit, which makes you wonder who the other 15% shoot-yourself-in-the-footers are (Inside Higher Education, 16 June 2016).

For European higher education, Brexit means, that the stream of thousands of EU Faculty members going back to the continent per year, will increase. This causes major disruption as British universities traditionally depended for about 40% on foreign faculty members, most of them European.

The reasons for this flight are not so many difficulties in obtaining work permits, but uncertainty over partners’ rights, and children’s educational opportunities and fees. For continental universities, this means they can hire back talent which left earlier. In order to be able to attract European students and faculty members, the University of York, for example, has created a joint venture with the English speaking University of Maastricht, just across the English Channel in the Netherlands (The Independent, 21 Jan. 2019).

For EU citizens studying at British universities, after the transition period, they may be charged many times more than the maximum £9.000 (about $11.000) tuition per year. Universities on the continent offering programs in English, mostly in Ireland and the Nordic countries have jumped on the opportunity. As to British university students on the Erasmus mobility plan, this means that for 2020 over 18,000 students who were scheduled to study one or two semesters at continental European universities – especially language students -, are now unsure about funding arrangements.

To make matters worse on 8 January the House of Commons reports voted against New Clause 10 of the Separation Agreement being read a second time, by 344 votes to 254. This new clause would have required the Government to seek to negotiate continuing full membership of the EU’s Erasmus+ education and youth program. Under current government this means almost surely this program will stop, and British (language) students will no longer be able to take advantage of this program to study at a European universities. It also means several UK Masters programs will be scrapped. It makes us fear for UK participation in EU research programs.

The European research and education programs have been enormously successful had a major impact. Taken together they are larger than the non-defense US research grant programs. The research programs are called framework programs, because EU budgets are allocated for 6 years periods. The UK has confirmed it wants to uphold 3% of GDP invested in research and innovation, which is the norm set in the European ‘Lisbon Strategy’ for 2010 and again in ‘Europe 2020’ goals. Europe’s long-term strategy is to close the gap through the Framework program with other competing economics and become the most competitive knowledge-based economy in the world.

Since nowadays most European universities depend for anything from an estimated 15% to over 50% on EU research funding, the fact that British universities can no longer receive funding directly as coordinators of major research grants will impact their total revenue, as well as the relevance and impact of their research.

Although countries like Israel and South Africa have bought full membership into the Framework programs, it will take time to negotiate these agreements, with all the trade and membership payment issues to be settled. It is therefore unlikely there will be an agreement on Britain’s participation in the framework programs in 2020 (The Guardian, 16 Oct. 2018). Meanwhile, the conservative government may redirect funding away from humanities and social sciences, and curiosity-driven fundamental research, towards STEM subjects and applied, industrial research only (Corbett & Gordon, 2020).

To sum up, due to the Brexit macro-economic downturn, and the sectoral dynamics of the international academic labor market, changes in international student mobility flows, and fall in research grant revenue, UK universities are facing hard times in 2020. It is difficult at this point to predict how this will affect their long-term position, but it seems wise to develop risk mitigation strategies and actively explore academic collaboration with universities on the European continent.

Should US universities revise their agreements with British universities? In the short term, despite Brexit disruption in the coming years, the answer is probably “no”. The best British universities are still the only European universities solidly included in the top 10 or top 20 of most reputable university rankings. However, depending on how successful their individual strategies are in dealing with inevitable Brexit disruption, for all but the best their strategic position, enabling them to attract the best talent and funding might possibly weaken in the long term.

It is too early to say, but it seems wise however not to put all eggs in one basket and explore deeper collaboration with continental European universities, in particular those in Ireland and the Nordic countries, which use English as a working and teaching language.

The Guardian – Fazackerley, A. (16 Oct. 2018). ‘There’s no plan B’: academics race to safeguard research against Brexit.’ The Guardian.

The Guardian – Davies, Anne (22 Sep. 2018). ‘Follow the money: how News Corp wields power to defend its interests. The Guardian.

The Independent – Bennett, Rosemary (21 Jan. 2019). ‘University has its own Maastricht treaty to brace against Brexit.’ The Times.

Corbett, Anne & Claire Gordon ‘More fragmentation and division? What 2020 will be like for Higher Education’. (2020, January 06). Retrieved from https://blogs.lse.ac.uk/brexit/2020/01/06/more-fragmentation-and-division-what-2020-will-be-like-for-higher-education