An Assessment of Higher Ed Accreditation and SACSCOC – Part 2 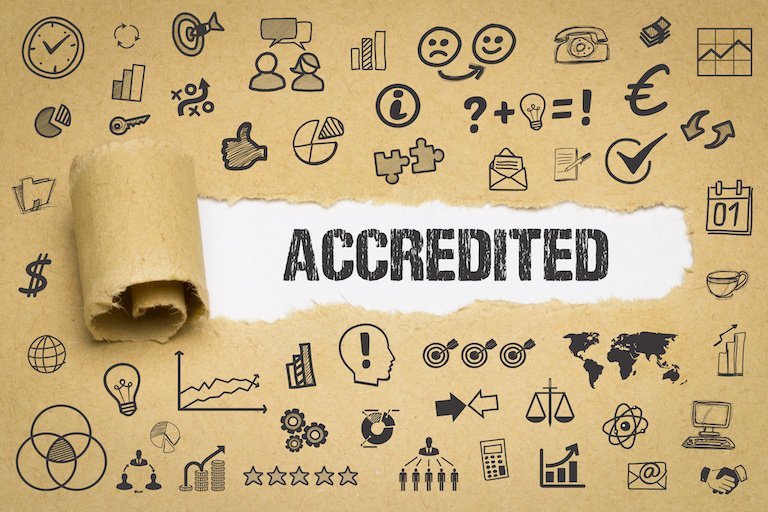 In Part 2 of this two-part series, Dr. Drumm McNaughton and Dr. Belle Wheelan conclude their discussion of the challenges facing higher education accreditation. Wheelan shares her assessment of higher ed accreditation,  SACSCOC standards,  response to criticism of accreditation, and where SACSCOC would like to focus in the future.

In Part 1, we left off with: Hot Button #3: The Increasing Politicization of Higher Ed Governance at the State Level.

Hot Button #4: The Impact of Federal Student Learning Outcomes on Institutional Operations and on SACSCOC

The current focus on accreditation and student learning outcomes originated with the U.S. Department of Education, which wanted to assess the return it was getting on its trillion-dollar investment in federal financial aid for higher education.

Currently, about 40 percent of all students who start a degree program do not finish, and classroom learning is just one of the numerous reasons holding students back. Problems with student learning outcomes also can originate with the institution when faculty, staff, and administrators fail to provide the support that students need to finish their degree programs. One example Wheelan cited was a former office mate from the early years of her career as a faculty member at a community college, who decided that his role was to weed out students as potential majors in his field.

One prominent—and largely incorrect—faculty attitude is that it is not their job to help students; they must make progress on their own initiative. The problem is that this approach does not work.

The student experience is intertwined with the faculty experience, with success in one area dependent on success in the other. It is clear, therefore, that the U.S. Department of Education will continue to exert pressure on institutions and accrediting agencies to assess whether students are obtaining the skills needed to qualify for jobs in their fields and to implement programs to improve employability where needed as long as institutions receive federal financial aid.

Thus, student learning outcomes are not just another issue but continue to be “a big deal.” The national conversation is focused on the employability of today’s college graduates, and so SACSCOC is trying to help its member institutions help their graduating students get jobs or at least have the skills and knowledge that make them immediately attractive to employers.

Inflation, and the fact that the cost of obtaining a college degree has increased well above the national inflation rate in recent years, persists as a major issue for institutions and accrediting agencies alike. The cost of both public and private institutions alike has risen significantly.

The plain truth is that state funding no longer covers the cost of a college degree as it did in years past.

“Nobody likes to pay taxes, but that’s where the financing for public sector education comes from.”

The Great Recession of 2008, during which a major financial crisis unfolded at the same time as a major recession across the United States and elsewhere due to the bursting of the housing bubble, subprime mortgage crisis, and subsequent housing market correction, was officially declared over in June 2009, but its effects linger today, particularly in higher ed, where non-state appropriations make up an increasing share of operational costs.

When Wheelan began her role as Secretary of Education in Virginia in 1987, the state General Assembly was funding 70 percent of the cost of educating a student, but this has dropped significantly to around just 10 percent or so. State investments in higher education have dropped by approximately the same scale across the country.

Shortly after this, a mantra of “no new taxes” arose across the country. The result was that the funding pie did not get bigger even as expenses for public works, highways, roads, jails, and other publicly funded enterprises continued to grow alongside those of higher education.

The difference is that public works projects were seen as must-haves, while the conversation around publicly supporting higher education became a “nice to have.” The demand for excellent quality and variety of programs remained the same even as funding support diminished significantly across the United States. The public expected—indeed, demanded—the same flow of highly educated and highly qualified citizens but so far has not agreed to pay an amount commensurate with these expectations.

Private institutions receive small amounts of state funding and have seen their tuition and fees soar. However, this issue takes on a more personal nature when presidents and others must deal with donors who want to contribute an amount that is not in line with what could realistically be achieved with that amount. Often, it is because they are alumni who have a hard time understanding how the costs of things have risen since their time at the institution.

Tuition increases are a direct reflection of increases in the costs of steel, bricks, and other tangible goods associated with an institution, as well as costs of salaries, benefits, and so on—all of which are essential if an institution seeks to attract the best and brightest faculty and students—both of whom are considering competitor institutions. The goal for higher ed leaders is to make this case as logical as possible even as the environment—among students, donors, and other stakeholders—grows increasingly political.

The transference of the escalating costs of a college education to students is not sustainable in the long run, however, and a major overhaul of higher education financing is urgently needed. This apparently intractable issue is a major one for college and university presidents and other higher ed executives.

Micro-credentialing—when entities outside higher education provide credit-bearing educational opportunities and curricula for traditional degree programs—is another major issue that has emerged in recent years for institutions and their accreditors. One example of a for-profit company that developed its own credentialing program is the Chicago-based Hamburger University, run by the McDonald’s Corporation, to train its managers and store owners.

Many companies have developed their own credentialing tracks and are asking traditional higher education institutions to incorporate them into their existing degree programs so that students won’t have to retake courses for which they have already demonstrated the competencies. Likewise, community colleges, which have offered credentialing programs for a long time, have recently begun asking senior institutions to accept some of those programs into traditional degree programs. The issue also exists when two institutions merge or consolidate in order to stay in business.

The issue of quality assessment and integration of credentialing (and especially micro-credentialing) into existing academic tracks are major—and have yet to be resolved. The bottom line is that accrediting agencies accredit degree-providing institutions of higher education, not nonacademic entities (e.g., OPMs and the like), beyond this scope. So far, at least accrediting organizations hold their member institutions responsible for the quality of work that is produced within physical boundaries.

Criticism #1: Today’s graduates do not seek or land jobs in their majors.

Preparing students for the workforce is one thing, but whether they get jobs in their fields is another thing entirely. For example, the pay scale for similar entry-level jobs varies widely across the country, enticing new graduates to pursue jobs in another state or another field. The discrepancy in salaries—such as the new teacher who makes $10,000 more in Minnesota than the one in Texas—does not reflect the quality of instruction received, however. As they say, “It’s the economy, stupid”—and not the fault of the accreditors.

An accreditor will sometimes tell an institution no. But generally, it’s because the college or university does not have enough money, qualified staff, or facilities. In other words, something is missing that would hinder success. “Innovation” sometimes means assuming that a new academic program would automatically increase enrollment or that adding a football program would boost revenues, for example, when history has repeatedly shown this not to be the case. Proposals are turned down because an important factor is lacking, not because of the proposal content itself.

Blaming the Accreditor and SACSCOC Standards

Contrary to current political beliefs, it is an organization’s member institutions are the ones that determine what the standards are, not the accreditor itself.

“We don’t make changes in standards unless the membership approves it.”

The accreditor’s academic members, i.e., its member institutions as represented by its Commission (the accreditor’s board of trustees), are required to approve everything, e.g., standards, accreditation reports, new programs, fees, etc. In fact, all but the most trivial operational changes—are implemented only with the approval of the board, which is elected by the membership.

SACSCOC, like all the accreditors, takes a deep dive into its standards every ten years. At the midpoint in this cycle, it assesses the changes made.

In 2017, SACSCOC added two new standards after its review of the 2015 changes. One was that all governing boards needed to do a regular self-evaluation because, too often, when an institution ran into accreditation issues, its board did not know what was going on. Given the board’s fiduciary responsibility to the institution, this new self-evaluation is intended to keep board members, and others informed.

The second new standard was a requirement that member institutions provide all students—not just those who take on education-related loan debt—with financial literacy regarding of what loans entail: the difference between a loan and a grant, how compound interest works, and so on.

In its current mid-cycle, SACSCOC has established subcommittees to review existing standards, to review current language regarding shared governance to ensure that member institutions solicit faculty input regarding operational and other issues, and to review diversity, equity, and inclusion matters. The DEI proposal is that institutions explain how their mission and strategic plan address this matter.

The Future of Accreditation

While Wheelan said her crystal ball was “a little foggy,” she said SACSCOC would likely continue to focus on the following:

Dr. Belle Wheelan is no doubt right when she says she’s probably the only person on Earth who will ever begin their career at SAC and end it at SACS. In the 48 years following her first higher ed job as a member of the psychology faculty at San Antonio College (SAC) to serve as president of Central Virginia Community College and Northern Virginia Community College, to her long-term current tenure as president of the Southern Association of Colleges and Schools Commission on Colleges (SACSCOC), Wheelan has seen first-hand the profound changes in the nation’s higher ed landscape.