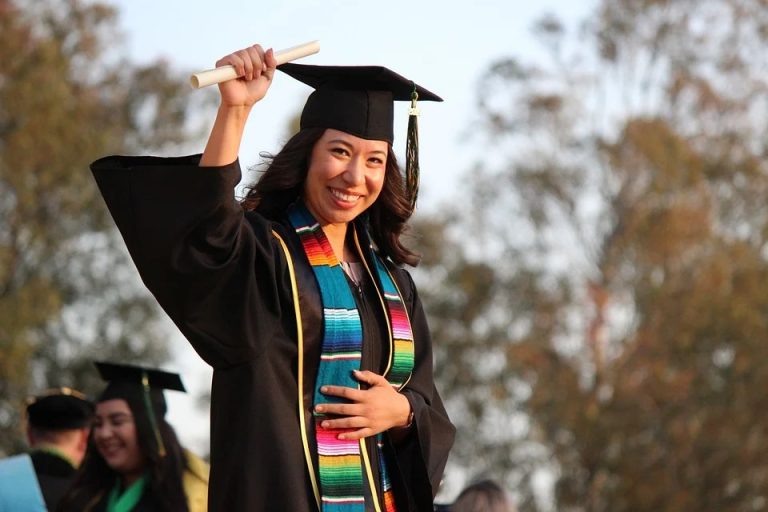 Creating Education Pathways for First Generation Students on the Changing Higher Ed Podcast. Dr. Karen Haynes retired as president of Cal State San Marcos on June 30, 2019. She was the longest-seated president in the CSU system and the first woman to hold this role in history. Haynes began her presidency in 2004 when the institution had a student population of 7,000 and an alumni base of 13,000.

Through her leadership, the campus grew to serve 17,000 students and now has approximately 45,000 alumni. More than 100 new academic programs were launched during her tenure, including the first engineering program in 2019. Haynes also has overseen the addition of 15 new buildings as well as the planning for the university’s Extended Learning Building, which opens in fall 2019 through a one-of-a-kind public-private partnership.

Haynes believes that holding a university presidency offers the opportunity to work with faculty and the community to envision what a truly 21st-century university can look like. In her own case, she pointed to the richness of the San Diego region, the area’s diverse demographics (which include the military and 18 tribal communities), and the ongoing population growth as fuel that helped Cal State San Marco, which is 100 miles from the U.S.-Mexico border and the only higher education institution in this area, to evolve and prosper.

Haynes entered Cal State San Marcos’s presidency when the university was 13 years old. The fact that she was able to set what she described as “audacious” institutional goals and then go on to achieve them was due to a supportive faculty and community as well as having a legislature that was supportive of Cal State San Marcos’ efforts. These goals included:

In addition to setting goals, the institution identified strategies to create, execute, annually measure, refine, and revise these goals.

One example of how these goals made a difference was in relation to the institution’s education attainment rate. To begin to understand this rate, Haynes looked at the college-going rate of the area’s school districts. At that time, most school districts were not adequately preparing students to enroll in college following their graduation from high school. In addition, the majority (70%) of the students who were academically ready for college were white.

Realizing the gap that existed, Hayes worked with CSU San Marcos administrators and faculty to establish numerous bold goals. The institution also identified strategies to create, execute, annually measure, refine and revise these goals. The results of their work included:

Ultimately, Cal State San Marcos’ decision to be data-driven to identify what practices worked and what were less successful put the institution ahead of the curve when the Cal State System started to focus on specific achievement gap. Haynes noted these sustained efforts resulted in Cal State San Marcos enjoying a 0 percent gap between majority and under-represented students from first year to second year, which often indicates whether a student will complete their degree and graduate from college.

Haynes noted that achieving these results required non-traditional thinking involving both the university as well as the school district. She pointed out that some Cal State San Marcos stakeholders (especially faculty) belived that working with school districts was outside of the university’s scope and mission. However, Haynes disagreed, saying that without creating these partnerships and helping teachers understand what students needed to start learning and by what grade, students would not be ready for college.

CSU San Marcos established multiple partnerships with local school districts, and as part of these partnerships, the university created guaranteed admission for K-12 students if they followed the pathway identified by the University.  These efforts raised attainment rates and diversified Cal State San Marcos’ student population.

More importantly, these partnerships brought more students to the institution who were prepared for college work and didn’t need remediation. Faculty and other stakeholders worked with K-12 school districts, which ultimately saved CSU San Marcos money and faculty time.

Haynes formed a number of key relationships with North San Diego County communities and businesses in a strategic effort to reach out and operationalize the president’s initiatives.

For example, Cal State San Marcos created Chamber Champions that involved the city chambers and economic development companies from the 11 communities in the institution’s service area. Through this effort, 6-8 Cal State San Marcos administrators or faculty were involved with those chambers. These individuals were the university’s voice while also serving as a conduit for the businesses to express their feedback on workforce issues to the university. These connections increased Cal State San Marcos’ visibility in the county.

In addition, the university and each of its colleges had an advisory board that served as a sounding board in which to get stakeholders’ input. When she took over the presidency, Haynes inherited a small (10-member) council that wasn’t representative of the region’s sectors or demographics. She used this as a starting point, but also began to diversity and increase it to where it now has 40 members. These advisory boards give the institution input that helps it identify workforce issues as well as emerging areas where new programs are needed.

A great example of this is Cal State San Marcos’ new biotechnology and engineering programs.  Haynes used this feedback to create these new programs as well as other degree and certificate programs.

There was an added benefit to these boards in that they also helped the university communicate its needs with the legislature and community, as well as developed its outreach efforts to Temecula.  These efforts led to its creating an off-campus center in Riverside County, thus helping students who lived there and expanding CSU San Marcos’ footprint in the region.

Cal State San Marcos has developed and continues to develop programs that give students real-world experience prior to graduation. For instance, the school’s business school has implemented a program called Senior Experience, a required credit course, that requires its students to work in a team and to do a high-quality project with a local company during their senior year.

This project gives students work experiences that are more extensive than an internship.  Many students get job offers from the businesses that participate in these experiences. These projects also serve as good publicity about the quality of Cal State San Marcos programs.

Another business school program, the mentor program, involves MBA students, who are assigned a mentor that they can rely on. The program has grown and is drawing high-caliber mentors who love working with students.