How to Reengineer Higher Education Post-COVID 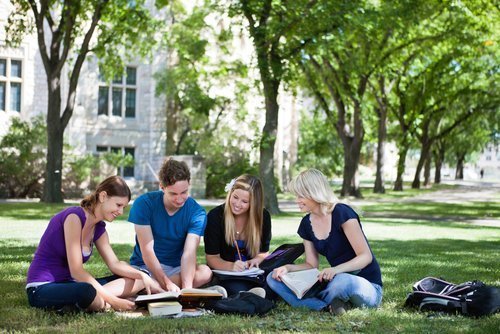 How to Reengineer Higher Education Post-COVID with Mike Goldstein and Dr. Drumm McNaughton podcast discusses how the coronavirus pandemic has accelerated the changes already facing higher education.  These issues include financial, structural, and enrollment. Mike Goldstein, one of the top higher education attorneys in the country, offers his insights on how higher education leaders can navigating these challenges.

The fall-out from Remote Learning

Goldstein sees many implications for higher education that started during the pandemic. One long-term implication involves the necessity to move from some form of face-to-face instruction to remote learning because of the pandemic.

This change is important in relation to student enrollment and retention. Higher education leaders are concerned that enrollments will drop between 20-40 percent in September; the latter would be cataclysmic for most institutions. Goldstein believes online learning is part of the problem because students have been catapulted from sitting in class to sitting in front of a screen with a lot of other distractions. Their reaction is, “That’s not what I expected.”

Institutions need to find ways around those perceptions in a way that can keep students engaged and enrolled, while also getting past this immediate emergency. For example, the University of Cambridge just announced that they are discontinuing their large live lectures, which are going to instead be offered online. However, their small classes – known as tutorials, which have characterized Cambridge for the past 300 years – will continue face-to-face but with social distancing. That is the ultimate hybrid system because it’s the tutorial that is the hallmark of the nature of a Cambridge or Oxford education. These institutions are preserving that hallmark, but turning to technology to bring the easiest thing to present online – a face on a screen.

Goldstein is a trustee of two low-residency institutions. In these, small tutorial groups work independently either electronically or personally and then gather together for short periods of time during the year. These sessions also can switch to an online environment very easily. Enrollment has gone up in these institutions since the pandemic hit.

Goldstein believes the short-term problem that institutions are facing involves weathering this storm and enabling themselves to make necessary changes and have the resources to do that. The bulk of institutions are going to have to figure out how to deal with the financial hurdles associated with this situation. Institutions that are already near the margin – which includes a significant portion of smaller private colleges—are in particularly difficult straits. If a small college loses 10 percent of its enrollment, its ability to operate is going to be severely damaged.

Many are talking about the reorganization under Chapter 11 of the Bankruptcy Act; however, this is not available to institutions of higher education in the United States, even though it’s available to every other business. The reason for that is the Higher Education Act, which states that institutions that declare bankruptcy immediately lose access to federal student loans and grants, and that loss is permanent. Basically this serves as a death penalty.

Many now recognize that businesses that go through Chapter 11 reorganizations often come out the other side stronger than when they started. This organization involves restructuring overhanging debt and contracts, while also making its business model more efficient. This is a standard way that businesses work in the United States.

Higher education is a business, even if it is a non-profit.

One thing that is promising is that the urgency created by COVID-19 is now forcing policymakers in the Congress and U.S. Department to seriously consider taking steps to change this situation. This would allow higher education institutions to use Chapter 11 reorganization to climb out of the hole that the pandemic made deeper.

Goldstein believes the short term decision-making process for higher education institutions involves several characteristics. The first complex decision is whether to reopen or stay online. California State will remain online for the fall semester, while others will reopen with social distancing. For a commuter campus, it’s easier to hold class on campus, but transportation becomes an issue if students have to rely on public transit. The residential institutions that have dormitories with occupancy of 2-3 students in a room or 3-5 students to an apartment will also face difficult economic challenges if they drop that occupancy to one student to a room or two students to an apartment.

However, Goldstein feels the real challenge that leaders face is how to structure the institution so that people will want to come back and feel it’s safe to return to campus. That is a hard question. This comes down to safety and priorities. The college experience, which includes the social environment and social interaction, goes beyond the classroom.

Adult learners will be less affected and more likely to adapt to an online environment. However, traditional college-age students have different expectations of college and are interested in the campus experience. Moving forward in the wake of this pandemic, leaders may find it more challenging to appeal to these students.

In fact, some students and their families are bringing lawsuits that suggest the quality of education has diminished in the post-pandemic higher education environment. They also argue that they are paying for the college experience in its totality and that’s not what they are getting. They believe that they shouldn’t be paying high tuition (or any tuition, in some cases) if they are going to be forced to experience less.

While there is legal protection for institutions moving to online education in the spring, the issue becomes hazier in the fall. Goldstein expects legal challenges if institutions decide to charge exactly the same amount if students aren’t going to be living on campus and won’t have the same campus experience. However, he is not sure if this argument will stand since there are many institutions that charge the same price for online and on-campus education.

Some would suggest that the educational program between these two is comparable. The institutions also will argue that students are paying per-credit-hour (the cost of classes and the credential being earned). However, students and families may note that while the online and on-campus educational program may be comparable, campus life factored into their enrollment decision. He is not sure how these cases will evolve.

The relationships that a student builds while earning their degree also is part of the deal, and this also may be an issue.  The social interactions, connections, decisions, and maturation that happen in college are important. Institutions need to figure out how to create those connections without the same level of physical interactions.

The Costs for these Changes

Goldstein believes there will be a wholesale change in how higher education is done. For a lot of institutions, affordability will be a grave issue. Institutions are going to have to look at alternative ways of financing their operations. They may be dipping into their reserves or endowments. Institutions will be declaring financial exigency and changing their faculty financial structures.

There also will need to be more governmental support of both private and public higher education because in almost every case, tuition is the primary budgetary source for the institution at this point. States and the federal government will need to step up to prevent a wholesale loss of educational opportunity.

Policymakers will also have to reckon with past decisions in relation to higher education. The nation has made a paradigm shift away from education’s role as supporting the public good. While the GI Bill and Student Aid programs focused on grants and low-cost loans increased higher education’s access and availability initially, policy decisions made over the years migrated to expensive student loans with the idea that the student would pay it off over his or her lifetime. As higher education became more expensive, these loans became more burdensome.

However, if we are going to sustain the availability of higher education, we’re going to have to put more money in. Simply subsidizing student tuition will not be sufficient due to the changes in enrollment and costs, which are going to imperil the institution’s ability to survive.

He also foresees belt-tightening in public universities. Some smaller campuses may close, hopefully for only the short term. This decision is difficult due to student access. Additionally, these institutions are often the economic engines for their communities. If they go away, the impact on their community could be very significant.

One of the ironies of higher education is the student aid system. Higher education has been countercyclical in that if people can’t find work, they’re more likely to go back to school to improve their education.

If students go back to school and get a student loan, that loan also will include the cost of living. Students can pay for rent, food, car loans, and their electric bill, although they will still have debt. The question is whether the government will do something to make this loan less burdensome.

The people who are most likely to go back to school are adult learners, which may be the silver lining of this pandemic. These adult learners also will often want quality online education instead of the campus experience. That may help institutions survive the issues brought on by this pandemic.