How to Lead Higher Ed Through Crisis and Turbulent Times 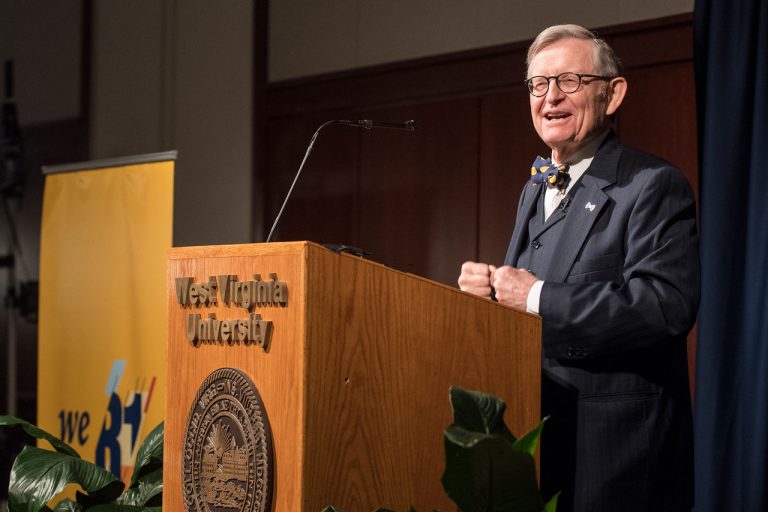 How to Lead Higher Ed Through Crisis and Turbulent Times podcast examines ways in which higher education was already facing major challenges, but an unprecedented black swan event – the COVID-19 pandemic—is testing the resiliency of colleges and universities across the country. Long-time education leader Dr. E. Gordon Gee offers the wisdom he has gained from serving as a university president for 40 years. Dr. Gee believes that serving in this role is one of the most important callings in this nation.

How to Lead Higher Ed Through Crisis

Dr. Gee has not seen anything like what higher education is currently experiencing. While he went through the stock market crash of 1987-88 while at the University of Colorado and led other institutions during several recessions and meltdowns, he believes the COVID-19 pandemic offers a different type of challenge because this is a national issue that affects everyone at the human level.

This pandemic has effectively shut down the entire nation and its commerce. While that is unsustainable over the long haul, this shutdown also shows a sense of spirit and commitment that will bring us together.  Dr. Gee believes that we have lived in a toxic world in which we yell at each other instead of having conversations. He suggests that social distancing may bring people together because we’ll realize there’s more to life than the daily commerce of being ornery.

Learning on the Job

Dr. Gee states that there is no playbook for being a university president and how to lead Higher Ed through crisis, that each university is different and each institution changes over time. One of the mistakes that some presidents make is that when they assume a presidency for a second time, they believe they know what they’re stepping into. That is an incorrect assumption. Dr. Gee noted that during both of his second presidencies, he had to de-learn the institution in order to relearn them. That proved to be a real challenge.

In addition, leaders are playing in a field (the pandemic) where they don’t have previous knowledge.  Education in general is the fuel that runs the nation’s democracy and will continue to be an important part of the country’s future. However, education will be dramatically different after the pandemic and that new model is still emerging.

Dr. Gee stated that faculty and colleagues who were Luddites have shifted to being online over a two-week period, and they are discovering that they can be effective and engaged, and are doing many wonderful things. He points out that opportunities do abound when individuals are forced to do something outside their comfort zone.

While this is a global black swan event, this also is a situation where we can use our ingenuity, inspiration, and creativity to move to what’s next. Dr. Gee encourages higher education leaders to lead their institutions in such a way that adds to the national conversation and the value of higher education, in particular.

Dr. Gee believes that each institution needs to find its individual calling, its own unique mission, and differentiation. He cautions that ratings and rankings such as those in U.S. News and World Report have caused institutions to lose what is unique about them, which leads to institutional mediocrity.  He believes higher education institutions need to return to their respective roots, whether that’s public, private, religious, or some other mission/focus. Institutions have their own unique character and culture that evolves so leaders have to figure out the culture in order to change it.

Dr. Gee also believes that identifying the institutional soul is important. This allows colleges and universities to attract the best and brightest both in terms of students and faculty who align with this viewpoint.

He also higher education has lost that focus in many ways, and that institutions need to stop being ivory towers and instead become helping hands.

Responding to the COVID-19 Pandemic

West Virginia University has had a wide-ranging response to the pandemic. The institution has numerous hospitals so they are the major health provider in the state.  The university immediately told students not to come back to campus and moved classes online.

Dr. Gee also is focused on helping the university move forward organizationally. He meets every Monday morning with the communications and recruitment teams to come up with plans. He also sends out regular “Gee-Mails” but he also does small vignettes, calls graduating and new students, and offers ideas (such as reading lists) to share with interested stakeholders.

During this time, he believes that institutions need to be proactive in recruiting and retaining students, faculty, and staff, even though the financial implications are going to be immense. This recruitment and retention need to be based on the institution’s uniqueness.

The response to the COVID-19 pandemic is accelerating the changes in higher education by a decade or more. Dr. Gee believes this will require higher education to think about differentiation more deeply. He has found that institutions historically have moved into a common amalgamation in which they all want to look like each other instead of differentiating themselves. He believes that successful universities and colleges in the future will have figured out how to set themselves apart.

Dr. Gee points out that in West Virginia, which is a small state with every imaginable problem, the university has the opportunity to create solutions. He believes West Virginia University’s calling is to make 1.8 million West Virginians feel valued and that they have an opportunity in life.

Pointing out that large universities have a number of moving parts, Dr. Gee noted that any time there is complexity, it makes it difficult for people to determine which way to go. He believes in strategic action (instead of strategic planning) and taking advantage of what happens in the moment.

Dr. Gee noted that when people reach the top of the mountain, they tend to want to slide down the other side to get to normal as they previously defined it. However, we won’t be going back to the “previous” normal; instead, we’ll be in a “new normal” that will emerge out of the current situation.

He suggested that leaders can be architects of this moment or they can be victims. He believes that leaders and institutions should learn, reinvent themselves, and move on in ways that weren’t being considered 1-2 months earlier.

Dr. Gee also emphasized that the ability to take advantage of the change, to aggressively differentiate oneself, and continue to look to the horizon has not diminished. He said that those who look only to the moment are going to be increasingly irrelevant and mediocre; these institutions may not survive. However, if institutions use the wisdom of the moment and make tough decisions, they have a better chance of survival.

Dr. Gee and his team are taking a careful look at their recruitment and retention of faculty, staff, and students. They also are looking carefully at the programs being offered and he anticipates that West Virginia University will move to a hybrid approach that includes online and in-person instruction.

However, Dr. Gee said the most important thing that West Virginia University is doing is focusing on its culture. Higher education institutions have very bright faculty, staff, and students, but also can have toxic cultures that can cause stakeholders to migrate into their silos as well as departments and colleges to aggressively compete with each other. Dr. Gee believes this configuration of the academy is antithetical to change.

To combat this, West Virginia University is moving to a more horizontal instead of a vertical approach. This involves moving across the institution so that the intellectual breadth draws on all the strengths of the university instead of being limited by departmental and college boundaries. He also advocates or the creation of centers, institutes, and working groups.

Dr. Gee believes that institutions that are wise enough to say that “the emperor has no clothes” and then move on to a new configuration that is more aggressively modern and agile will be the ones that will make a difference in the world. This change effort involves taking the institution and rearranging it based on ideas and how we think, as opposed to how the institution was structured when it started 100 years ago.

He is a great believer in a one-university model in which everyone is connected by intellectual ideas, research opportunities, and teaching that allow individuals to connect in many different ways. He also believes that disciplines should be integrated. For example, neuroscience and biostatistics should not be isolated; they should be part of the human wellness program that incorporates all of the institutional assets.

Dr. Gee also said that higher education needs to get rid of the old reward and recognition structure. He advocates for individuals being recognized and rewarding for doing individual work.  For example, some faculty will be able to write the great American novel while others are great teachers. Each should be able to shine in the areas where they excel versus the old model of 40 percent research, 40 percent teaching, and 20 percent service. This will greatly change how universities move forward.