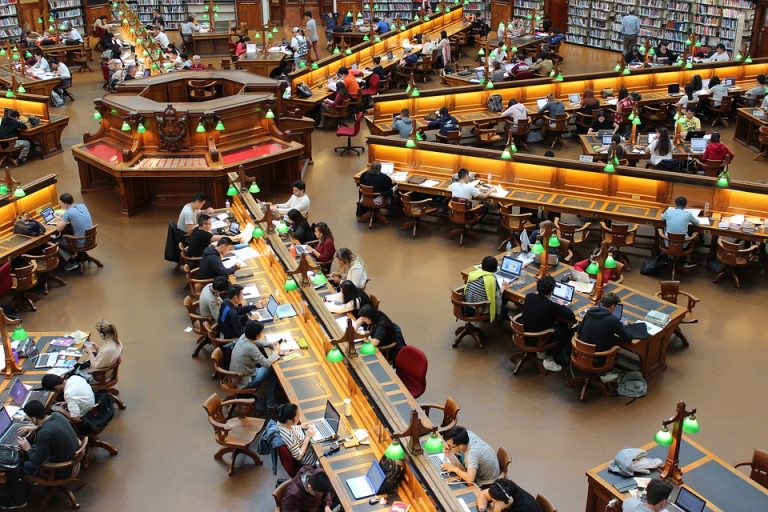 Growing Enrollment in Higher Ed with Dr. Drumm McNaughton and Dr. Dewey Clark, a very special university president.  Unlike most of his contemporaries, his undergraduate degree is from the school he is now leading, and following graduation, was invited to work on staff in admissions which he did for nine years before going off for a 24-year career in business. This experience has conditioned his thinking about higher ed. He understands that a university or college must be run like a business, and he brings that mentality and work ethic to his job.

He also understands that college should be both an education and an experience, and that the culture of any institution starts with the top. He takes this very seriously – interviewing EVERY person who is hired at North Carolina Wesleyan. Thus, he ensures all new people see and buy into his vision, one that the college is an amazing place where young people can go and develop in the way that he did.

Dr. Clark has been in the president role for 4 ½ years now, and has put his imprimatur on the college. When he took over, enrollment was at 575, and it is more than doubled to over 1100. He did this by applying business principles to the college.

They first examined their market and positioning. Their previous approach was scattergun, attempting to recruit up and down the East Coast, but after doing market research, they found the majority of their alumni and current students were from Eastern North Carolina and Southeast Virginia – 75 percent – and the remaining 25 percent from 40 different foreign countries.  They contracted their market area to Eastern North Carolina and Southeast Virginia, and it started paying immediate dividends.

Second, they examined their messaging, and found their approach wasn’t effective, especially from a marketing dollars perspective.  They swapped their marketing foci to doing radio and billboards in their target areas, which also paid dividends.

They also examined their enrollment processes to ensure that each potential student received the personal touch.  This includes including Skype and telephone calls and emails, etc., and for the campus visit, they roll out the red carpet – everything is choreographed down to the littlest detail such as who they eat lunch with.

They knew that recruiting has changed in the past 35 years, from handwriting letters to prospective students with a lot of phone calls, to the 21st-century social media of Facebook and Instagram, but the personal touch is still important.  Today’s students are technology-driven, so you have to meet them where they are. Email is almost a thing of the past, except that you have to be aware that you are also recruiting the parents – the decision to attend is going to be made on the way home from the campus visit, and they need to feel good about the place their daughters and sons might be going.

In some ways, there are two or three different messages that need to go out – one to the students, one to the parents, and one to the business community. For example, students generally are not concerned about things like security, but their parents certainly are. Your business community, those who will be hiring your graduates, wants to know that your curriculum is up to date and it is meeting their needs.

One of the area of foci for the college is enhancing its career services area.  NC Wesleyan starts helping students think about their career from the day they step foot on campus, e.g., what does your resume look like, are you prepared to do an interview, do you understand what a cover letter is or etiquette dinners, job fairs, etc.  It has made a big difference as companies who are hiring their graduates are starting to take notice.

One of the things that make NC Wesleyan special is their freshman orientation, which they call Rock the Mount. They include three things that are not typical to a traditional orientation.

One of Dr. Clark’s biggest challenges was getting the town to embrace the college, and how he is done it through programs such as Rock the Mount has been ingenious. Through things like that, he has added over $110 million to the economy of the local town.

Dr. Clark leveraged his deep business background to change NC Wesleyan’s culture. Prior to coming back to Wesleyan, he worked at MBM, a food distribution company that grew from $100 million in annual revenues when he first started to a $7 billion company that was bought by Warren Buffett in 2012.  His role was to put together the organization’s strategic plans and budgets, and he leveraged these skills to be successful in the presidency.

Dr. Clark is very numbers-driven and very analytical, and his leadership style reflects this. This is not exclusive to people – Wesleyan is a high touch place – but he wants his key managers to be focused on numbers and try to improve them. For example, he will send out a picture of something that shows an improvement with the message “good quality” to celebrate the good things that they have done.  Conversely, if there’s something that needs to be improved, he will write “bad quality” with the picture.  He wants everyone to think that when they leave campus on a daily basis, they think “it is better than when we came here this morning.”

He believes strongly that if everybody has that mindset, they will become a very special place. And it is.

In the most recent US News and World Report that had regional rankings, North Carolina Wesleyan was ranked 37 in the Southeast.  Three years ago they were 63.

There are three secrets to making this work.

You have to have a group of “game-changers,” people who will go that extra mile to make sure that the college and everything is working right.

Creating a sustainable institution is a challenge.  You can’t cut your way to sustainability – you have to make money, because at the end of the day if you don’t make money you’re out of business.

You must quantify all the big decisions that you make, whether it is a new major or program or sport, and then you have to hold yourself accountable to make sure that you’re hitting those targets. There frequently is a “growth curve” in introducing new programs, and there must be a path for them to get to a point where they are profitable.  However, there are some things that will never be profitable, so you must look at the whole basket of what you’re doing and determine if there is a value added to keeping them.

This concept of sustainability is critical. For example, NC Wesleyan’s target from day one has been 100 new students a year and he’s averaged about 95 over the last three years.  He understands that growth costs money, but it is easier to grow to become sustainable than to stay flat or decline.

The first hundred days of the president’s tenure is critical – in some ways, new presidents feel like they are drinking water out of a fire hose and are torn in multiple directions.  Some of the key things that new presidents must do include:

Bullet Points: Drill down on key points of the growing enrollment interview: