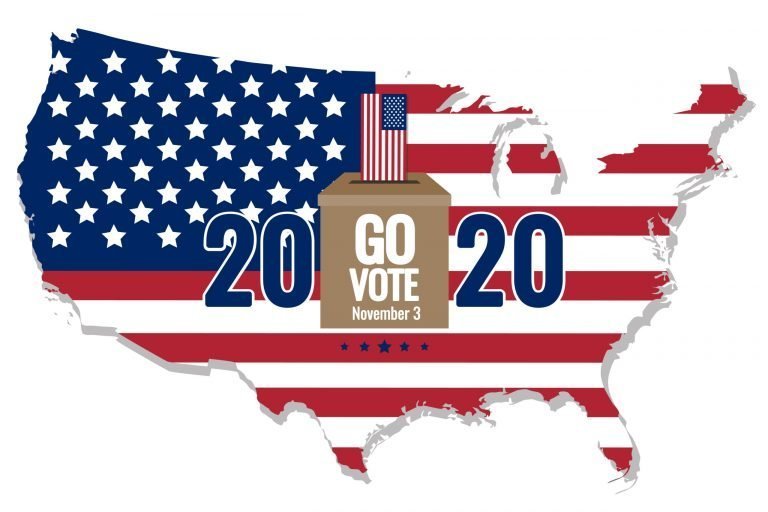 What are the Election 2020 implications for university leaders?  The nation has turned into a three-ring circus as higher education leaders and policymakers juggle a number of sharp and pressing issues, such as developing a response to the coronavirus situation, which continues to evolve, as well as an economy that is veering from highs to lows. However, most eyes are on the main ring of the national circus—the November election.

The Democrats and Republicans continue to offer two distinct visions for the nation, and that perspective is seen in their higher education platforms. This newsletter attempts to offer a non-partisan look at the presidential candidates and also offers some suggestions to consider in relation to down-ballot choices.

Biden’s platform wants to make higher education more accessible by eliminating the cost for many. The Democrat is advocating that enrollment in two-year community colleges would be free while public college and universities would be tuition-free to all families who have incomes below $125,000.

Biden’s plan is projected to cost $750 billion, which the campaign describes as an investment over a ten-year period that would lead to a stronger and more inclusive middle class. This plan would be paid for by changing the tax policy to eliminate stepped-up basis loopholes and cap itemized deductions for the wealthiest Americans to 28%.

The Trump administration has focused on reducing the federal government’s role in education, and although it does not go nearly as far as some Republican suggestions of eliminating the Department of Education, it is clearly a Republican perspective. The president has focused on redirecting federal funding toward charter and private alternatives. The administration suggests that this change ultimately offers more opportunities for disadvantaged students.

The administration also has focused on cutting spending on education. In Fiscal Year 2018, Trump’s budget proposal would have eliminated or reduced over 20 education programs and reduced the Department of Education’s discretionary funding by 13.8 %. (These proposals were largely dismissed by Congress.)

According to the National Association of Student Financial Aid Administrators, Biden’s higher education platform calls for doubling the maximum Pell Grant award and automatically enrolling borrowers into income-driven repayment plans. He has suggested that borrowers should not have to make payments toward their loans until they are earning at least $30,000; furthermore, he believes that loans should not accumulate interest before borrowers are able to reach the $30,000 benchmark.

Biden also plans to reduce the percentage of income that borrowers repay in income-driven repayment plans from 10% to 5%. He also would like to simplify the Public Service Loan Forgiveness Program so that borrowers would receive $10,000 in debt relief for every year of national or community service they perform, up to five years.

The Democratic candidate also has released an updated proposal on student debt relief that would forgive all undergraduate tuition-related federal student debt accumulated while attending public institutions of higher education for debt holders earning up to $125,000. The proposal would also include a phase-out for those earning more than that amount and cancel a minimum of $10,000 in debt for student loan borrowers who are dealing with the COVID-19 outbreak.

The president wants to streamline the loan repayment process while also shifting the allocation formula for Federal Work-Study programs so institutional funds would be based on the number of enrolled Pell Grant recipients.  The President also proposes student loan forgiveness that is based on participation in a single income-driven repayment plan, which would have borrowers pay 12.5% of their discretionary income; in addition, they would receive student loan forgiveness after 15 years for federal undergraduate student loans and 25 years for federal graduate loans.

Trump administration has reversed the Obama Administration’s guidance regarding Title IX. These changes include more narrowly defining sexual misconduct and giving students who are accused of such conduct stronger due process protections. This perspective will remain if the president is reelected.

According to The Atlantic, President Trump is asking the Treasury Department to reexamine universities’ tax-exempt status and/or funding if these institutions do not rein in the debate, which the President characterized in a Tweet as “Radical Left Indoctrination, not Education.” While this might have been considered a comment made in the heat of the campaign, The Chronicle of Higher Education reported that the Department of Education is investigating three universities—the University of California-Los Angeles, Fordham University and Binghamton University– in relation to free-speech controversies, the so-called “cancel culture.”

The current Supreme Court vacancy created by the death of Justice Ruth Bader Ginsberg also highlights how this election will affect higher education. President Trump has nominated Amy Coney Barrett, a conservative pick that could shift the court for years to come. This could have significant repercussions, including causing a significant change in admissions, including narrowing or ending the use of race as part of the equation.

Her appointment also could lead to more rights for those accused of sexual misconduct on campuses and could make higher education institutions less financially liable for sexual assault or harassment incidents. She also may weigh in on free speech in relation to groups who believe colleges and universities of smothering conservative viewpoints. Election 2020 implications for university leaders could be a Biden win and the rumored expansion of the supreme court to create more balance.

This year’s congressional elections have a number of interesting facets. First up is the Senate. The Democrats are now slightly favored to take back the Senate, according to FiveThirtyEight. The noted forecasters indicate that the Democrats could pick up 54 or more seats; however, it’s more likely that the upper chamber will be more closely divided, which could bring the vice president into the mix when the chamber is making critical decisions.

Another major shift in power will happen, no matter what the election results might say. Long-time Senator Lamar Alexander, the chair of the Senate Education Committee, is retiring. Alexander brought significant experience to his role: a former university president; Secretary of Education; as well as Chairman of the Senate Health, Education, Labor, and Pensions (HELP) Committee.

In the last years of his Senate career, Alexander focused on trying to bring about a comprehensive reauthorization of the Higher Education Act. That effort completely lost steam as the pandemic took hold of the country, but the Tennessee senator is still focused on trying to get a few proposals through, including FAFSA simplification. He would like to slash the number of questions that are asked from 108 to between 17 and 30 while also allowing data-sharing with the IRS to help answer some questions for students.

Ultimately, the HEA reauthorization will be picked up by the next Congress once elections are over and the pandemic has slowed. Therefore, election 2020 implications for university leaders is that it’s important for higher education leaders to carefully consider candidates currently running for Congress and their platforms on this crucial matter.

Chief among them is the selection of members serving on state governing boards and university system board of trustees. Politically appointed public university boards have started setting policies that are based on political perspectives, including setting policies around free speech and scrutinizing curricula for perceived ideological underpinnings. These boards also are taking on tenure and collective bargaining, according to a recent article in The Chronicle of Higher Education.

State election also will place governors and legislators who make decisions about allocations of state budgetary resources. This is important since the coronavirus pandemic’s financial impact on U.S. higher education is now estimated to be higher than $120 billion.

In summary, Election 2020 implications for university leaders will be a big one for the United States as a country and for higher education. What is decided as far as the presidency as well as at the national and state level will have far-flung implications in relation to college access, affordability, curriculum, free speech, tenure, and sexual misconduct? Additionally, those who are elected to office will have to make critical decisions about the coronavirus pandemic, both in relation to the health of the public and the nation’s economy.

If you’re struggling with managing these changes, we’re here to help.

Silver, N. (Sept. 8, 00). Democrats are Slight Favorites To Take Back The Senate. FiveThirtyEight.