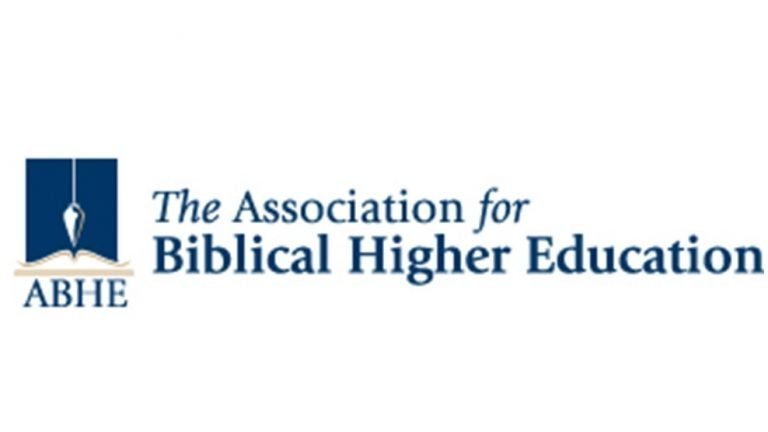 ABHE recently has made board governance a priority. The association received a substantial grant last year and is in the process of enrolling board leadership cohorts from 48 institutions to take them through a rigorous board training and certification process. The first cohort is almost finished and Dr. Enlow hopes this training will be transformational for institutions.

Additionally, with the coming enrollment cliff, Christian institutions will need to shift to focus on recruiting older students instead of the traditional 18-year-old students.

A Shift in the Christian Landscape

It used to be fairly accurate to say that the United States was a Christian nation since about 75 percent of citizens would have responded that they were a Christian on a survey. Researchers like Pew and Gallup have more or less clarified that when people answer those questions, they fall into one of three primary categories of Christians:

These three groups traditionally have been evenly divided at 25 percent apiece. However, now there is erosion in the numbers of casual Christians and cultural Christians. Many of these individuals have moved their affiliation to the group known as the “nones” (people who don’t identify with any religious affiliation). With that said, there is no erosion in individuals’ interest in spirituality; in fact, some would argue that interest in spirituality has increased.

Additionally, the convictional Christian group is not eroding. This group has remained steadily at 25 percent and even grown a little bit over the past 25-30 years.

There are two issues behind higher education’s and, in particular, Christian higher education’s reluctance to change.  The first is the widely held perspective that education is inherently formational; it’s life in the community. So education is not just about the transmission of knowledge but instead is transformational. The prevalent idea was the only way to achieve this transformation was through the traditional classroom; this is the mindset that has dominated Christian education.

The other issue is the startup costs to master online delivery platforms. The cost is both in equipment and professional development, and the $$$ isn’t small.

With that said, Dr. Enlow believes that because of the demographic realities and the perceptions of stakeholders about the purpose of higher education, it is critical for higher education to diversify its learning modalities. Colleges that are reluctant or refusing to diversify their delivery modalities will have a very narrow bandwidth in terms of who they will be able to serve. Colleges will have to think about students and parents “hacking education,” i.e., looking for the simplest, shortest, most convenient way to meet their goals instead of completing a traditional higher education curriculum. The schools that understand that and can diversify their delivery modalities to be seamless will be those that will be most effective.

In the sector of church ministry leadership preparation, historically individuals were prepared through experiencing a calling, attending school, getting credentialed and serving. That is no longer the case. The pattern now is serving in a church, and out of that service comes a sense of calling. From there comes a sense of needing education through attending school or training. People then consider credentialing, but this isn’t a requirement. Credentialing now tends to be more of a competency than a licensing level. This pattern is being seen in the mega-churches in which they are growing their own staff, who serve in the church. Out of that sense of serving emerges a reciprocated sense of calling. At this point, the desired training that is tailored to the situation emerges.

Dr. Enlow stressed that Christian schools must stop seeing this paradigm shift as a threat and instead embrace it as an opportunity. While it is a threat to the conventional model of full-time schooling, it’s also a vehicle to Christian colleges’ and universities’ missions.

Additionally, Christian higher education’s business model has been based on residential education. When Dr. Enlow was working in a higher educational institution setting, the only positive cash flow in the institution was from student housing so the business model was heavily predicated on residential student enrollment. The old model also assumed the need for a lot of subsidies. The typical college, at best, had 70 percent of a student’s education funded by tuition and fees while the remaining 30 percent was covered by gifts or loans.

That business model does not work anymore. Christian institutions need to come up with a business model that funds what is needed based on different assumptions of enrollment patterns, etc. In some ways, overhead is lower in these new opportunity areas. Additionally, there doesn’t have to be these huge subsidies if these new modalities are done right. In another podcast, we dive deeper into ways bible colleges are navigating turbulent times.

Christian colleges and universities in general are seeing a change in focus. These institutions have traditionally prepared students for church occupations, such as pastors and missionaries; Bible studies are a crucial part in the preparation of these individuals.

However, many Christian colleges are now preparing individuals for ministerial occupations as well as marketplace helping professions. Because of this change in mission, the requirement to have Biblical and theological understanding at a high level would not be the same for a student who wants to be a public school teacher. Instead, students now are majoring in a subject such as business and then minoring in Bible.

This, however, is not the case. In reality, since World War II, higher education has become more and more focused on preparing individuals for jobs and careers with less emphasis on pure liberal arts. Christian colleges always have been pragmatic because of their small size. In fact, they may be considered even more professional colleges than the historical blue-blood liberal arts colleges. The majority of Christian institutions that would be historically identified as liberal arts institutions have students who are enrolled in professional degree programs such as business, teacher education, and sociology.