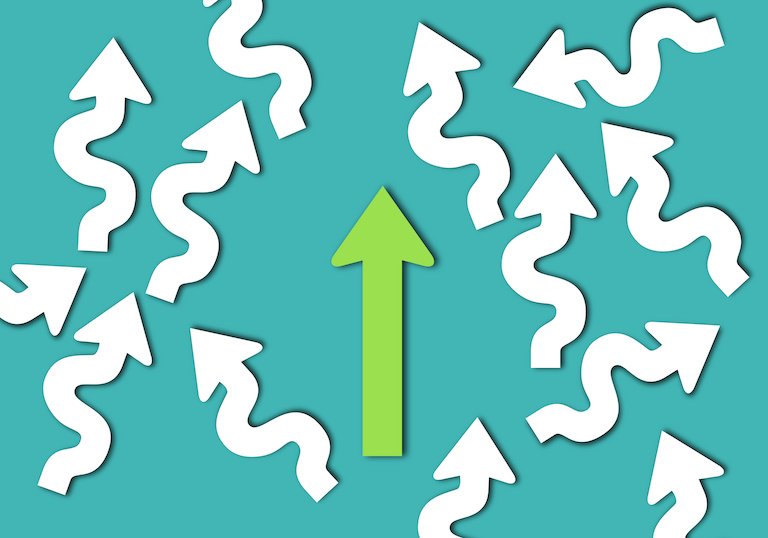 John White is Chancellor Emeritus at the University of Arkansas, where he also served as a distinguished professor of engineering. He also has experience at Georgia Tech and is a graduate of The Ohio State University, Virginia Tech, and the University of Arkansas. His insights on governance were informed by his long career which included significant corporate and government experience in addition to leadership roles in academia. His service on corporate boards was “like getting an MBA,” and his latest book, Why It Matters: Reflections on Practical Leadership, shares the lessons he has learned on how higher ed leaders can achieve their goals through influence, not merely through positional control.

What is Creating Alignment Issues in Board Governance?

Higher education is facing strong headwinds, and it is nowhere more evident than in the area of board governance. Much of the turbulence is created by outside / environmental factors, but there are so many areas that are “up in the air” – more than either Dr. McNaughton or Dr. White ever remember. Which makes it much more complex and difficult to overcome them and create value for their students and their institutions.

The bottom line is that these are issues that can and will affect universities going forward. These areas should be looked at by institutional leadership and boards as part of their risk management process, but many institutions do not have these processes.

This increased politicization is taking a new form: the direct insertion of former politicians into higher ed leadership roles. This is seen primarily at public universities and is led by governors who have the authority to appoint executives.

This is not to say that it will not work – former Oklahoma Governor and U.S. Senator David Boren went on to be highly effective as the second-longest-serving president at the University of Oklahoma. But generally, this is a train wreck waiting to happen.

“Henry Kissinger is quoted as saying that ‘the reason university politics is so vicious is because stakes are so small.’”

It’s too early to predict how this will change the higher ed landscape, however, it is clear that the fit between a leader’s political background and the academic institution has sometimes been disastrous.

This growing politicization makes the alignment of stakeholder interests even more of a challenge. Not only is there a lack of internal controls to address alignment issues within the university, but trustees are brought on board with very little preparation regarding what the complex role entails or about the leadership’s overarching institutional goals.

The president of a university’s role is the second most complex and most difficult CEO role out there, only surpassed by that of a hospital CEO because they are dealing with life or death issues. (Although it can be argued that the president of a university who has a medical school and clinical practices can exceed the difficulty of that of a hospital.)

Accordingly, the vast majority of board members, especially those at public institutions who are appointed as part of a political process, have little understanding of higher education and even less of what a university president must deal with on a daily basis. This results in boards that are not in sync with (or understand) the mission of the institution and bring a political perspective to the job. This is a recipe for disaster.

“I feel sorry for the CEO who is totally blindsided by the things that go on within his or her board.”

Instead, trustees are expected to hit the ground running. Too often, as political appointees who often are prominent alumni, they introduce their own pet projects that are not aligned with the goals of the institutional leadership or even those of the other board members. Even a single maverick can create all kinds of havoc.

Higher education board nominating committees and those involved in the political process (public institutions) should dig deeper than just a political (or endowment) contribution before appointing someone to a board. These people should have a good knowledge of board dynamics as well as thoroughly understand the value systems new members will bring to the group dynamics. This involves thinking about the role from the appointee’s perspective and asking why they would be on the board at this particular time, why they want to serve, and what specific goals they are likely to pursue as a trustee.

Then, leaders can assess the likely impact trustees will have on the various stakeholder groups, especially the most important stakeholders: students.

Achieving diversity presents a challenge, as well as an opportunity across higher education today, and nowhere more critical, is this with governing boards. This means bringing a broad representation in terms of geography, age, background, and other factors.

“The power of diversity is getting people with different experiences coming together to achieve the alignment of their interests and those of the university.”

Despite diversity being a priority in recent years, too many boards retain the “good old boy” network which results in sameness and resistance to change. One board brought in The Change Leader to help it overcome some board issues that resulted in their having been put on probation by their accreditor. In one conversation, board members lamented that the student body was predominantly white, and they had had difficulty recruiting students of color. But they failed to notice that of the 24 board members (all of whom were male), 23  were white and one was Latino.

Increasing diversity is as imperative for higher education as it is for the world of commerce. White says, noting the former Walmart CEO who told his leadership class that adding women and minority representation to the board made good business sense given Walmart’s customer base.

“I told my students that they needed to get over the mistaken belief that there’s something about them that gives them an edge over people that are not just like them.”

The bottom line is that diversity is not a zero-sum game; as the “pie” gets bigger, opportunities will grow not just for those who historically have had a seat at the table, but for those who have not, as well. For example, when the engineering program at the University of Arkansas got a female department head, not only did the number of women students interested in engineering increase, but these students went on to assume many of the leadership positions in the university’s engineering organizations.

In other words, when leaders look at the populations they serve and make changes so that the institution includes more of these populations, everyone benefits.

Board size is another major factor in facilitating alignment. In the corporate world, boards are generally smaller which has the benefits of reducing the possibility of conflicts of interest and increasing the likelihood of working together to support the CEO in implementing a common strategic agenda.

“If you are a university that has twenty or more trustees, it’s a huge challenge for that CEO. You can’t be effective dealing with a large board.”

In the academic world, larger boards are the norm, often because—for public universities in particular—trustees are drawn from designated entities, and the trustees believe they must represent that entity’s interests instead of those of the entire university. Presidents must seek to align trustees under a “one university” approach.

For private boards, the situation may be even worse. It is not uncommon for higher education boards to have 50+ trustees, many of them large donors who sit on the board because they want to “oversee where their donation goes and how it is used.” This too is problematic, but more on that later

Larger boards sometimes create a dynamic where trustees have little influence on where the institution is going, and frequently end up rubber-stamping the president’s agenda. Or, there is a small “executive committee” which essentially runs the board. This situation can create problems with your accreditor in that a small group of the board is “running” the institution, something which is specifically prohibited by most of the major accreditation bodies.

Higher education governing boards should have no less than 10 and no more than 20 members.

Staying up to date on board duties. The corporate world has introduced several important new responsibilities to governing boards in recent years, such as succession planning, risk oversight, IT direction, and communications. University presidents should also add reputational risk to the list, given the unfortunate events—usually, but not always, originating with athletics—that bring unwanted media attention.

At the root of the matter are fiduciary duties, i.e., duty of care, duty of loyalty, and duty of obedience.

Most higher education trustees (especially at public institutions) forget what their fiduciary duties are, and more specifically, to whom they represent. Frequently, there arises confusion as to whom they must be loyal – is the loyalty to the University or is it to the person or body which appointed the trustee?

Human nature being what it is, it can be very difficult to make a decision that a trustee feels is critical to the institution when it goes against the politician’s view who appointed the trustee, or the mega-donor who wants to give the institution $50 million but it will take it in a different direction. But that is the job of a trustee

Trustees must understand that they are there to do real, often complex, work in addition to enjoying perks such as attending bowl games and black tie events. The work is important—and time-consuming, especially in areas that are beyond a trustee’s expertise. The world of higher ed would benefit by adopting the corporate practice of appointing trustees who have the specific skill sets needed for a well-rounded board.

How to Bring Governing Boards Into Alignment

Changes in higher education in recent decades have made accreditation bodies nearly irrelevant when it comes to board governance. For example, the historic fight for racial integration in Arkansas public schools in the late 1950s resulted in AAUP censorship that set the University of Arkansas back at least twenty years. Now, the recent AAUP censorship of the University System of Georgia will have little, if any, impact.

What, then, can be done to enhance governing board accountability? A new organization equivalent to the Securities and Exchange Commission in the business world would go a long way in clarifying who trustees are, and to whom they answer. Furthermore, annual 360 assessments, in which every trustee and the relevant organizational leadership evaluate the effectiveness of every trustee, can be helpful, especially if the assessments flow from the bottom up as well as from the top down.