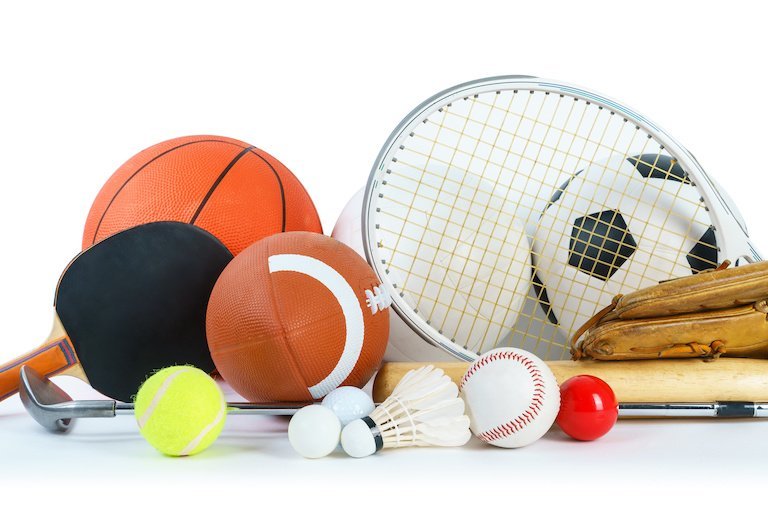 Amy Privette Perko is the CEO of the Knight Commission on Intercollegiate Athletics, an independent group with a legacy of impacting college sports policies to prioritize college athletes’ education, health, safety, and success.

During her tenure, the NCAA has adopted a number of the Knight Commission recommendations. The most prominent of these actions include requiring teams to be on track to graduate 50 percent of their players to be eligible for postseason championships and revising its revenue distribution to include incentives for academic outcomes.

In 2020, Amy received the prestigious Dick Enberg Award from CoSIDA for career contributions in promoting the values of education in college sports. And she is not just another “policy wonk” –  she is an outstanding athlete who is a member of the Wake Forest University Sports Hall of Fame for her achievements in basketball.

The Role of the Knight Foundation Commission in Transforming Collegiate Athletics

Following a decade of high-profile college sports scandals in the 1980s, a public poll was conducted to assess attitudes about whether college sports were out of control. The result indicated a clear and urgent need for reform, and, in 1989, the Knight Foundation Commission on Intercollegiate Sports was formed in response to the need for transformational change.

At the time of its formation, the Knight Commission’s purpose was to create a reform agenda by submitting recommendations to the National Collegiate Athletic Associate (NCAA). These recommendations for reform emphasized academic values at a time when schools’ missions to educate were being superseded by the commercialization of college sports.

Today, that mission is as relevant as ever.

Mounting public scrutiny, political pressure, and legal challenges over the past two years have brought the NCAA’s policies and regulations into question yet again.

Other issues have persisted for decades, such as the lack of incentives tied to academics and low graduation rates among players on Division I teams at big universities.

Student-athletes and fans have long complained that participating players deserve a cut of the enormous profits they bring in for the governing body of the NCAA. There has also been controversy over how the NCAA distributes that revenue, which has led to certain recommendations for change by the Knight Commission.

Several high-profile changes and rulings involving the NCAA have taken place over the past two years. Taken together, these changes indicate that college sports, the governing body of the NCAA, and student-athletes are entering a period of transformational change, especially regarding eligibility for compensation, compliance with new Title IX regulations, and the lifting of archaic NCAA restrictions on student-athletes.

“A lot of the big evolutions have come about with Supreme Court decisions.”

In June of 2021, the Supreme Court unanimously upheld a ruling against the NCAA in a landmark antitrust case, NCAA v. Alston et. al. The decision prohibits the NCAA from placing any restrictions on educational benefits that a school may offer to student-athletes. As the ruling relates only to educational benefits and not financial compensation, the decision is very narrow in scope. However, the Court’s unanimous decision opens the door to litigation and new legislation that could fundamentally transform the relationship between student-athletes and the governing body of the NCAA.

Because unanimous decisions are exceedingly rare in Supreme Court rulings, there has been massive speculation that this ruling is a harbinger of things to come.

Just days after the ruling, the NCAA elected to lift a highly controversial restriction that had barred student-athletes from receiving any compensation for the use of their name, image, and likeness (NIL). The decision, which was based on recommendations issued by the governing body’s board of directors, was also likely influenced by mounting public scrutiny and political pressure over the issue of compensation for student-athletes.

These two major shifts – the Supreme Court’s ruling and the NCAA’s internal regulatory changes – may appear to have happened in tandem, but Perko explains that they have been incorrectly linked.

The Knight Commission’s Legacy of Influencing NCAA Policies and Regulations

Amy Privette Perko, Executive Director and CEO of the Knight Commission since 2005, offers insights into how the Commission continues to influence the NCAA through recommendations that focus on student-athlete’s education, health, safety, and overall success.

Through the recommendations it makes to the NCAA, the Commission works to tie college athletics programs in with the fundamental, underlying goals of higher education – and to use sport as its own unique modality for education and development.

The purpose of the Commission is to lead transformational change with the goal of ensuring that student-athletes receive a robust academic education in addition to the lessons learned and skills gained through involvement in sport. The Commission has a strong legacy of influencing NCAA policies, regulations, and rule changes. Perko cites two examples that demonstrate how powerful that influence has been:

The Commission’s recommendations for change are published in their capstone report of the Transforming the NCAA D-I Model Series. The complete series can be accessed at knightcommision.org.

“My passion is the educational model of college sports.”

Perko and McNaughton share a strong belief in the educational and developmental power of sports. For Perko, a former college basketball player at Wake Forest University, involvement in athletics at the college level offered opportunities for her own personal education and development within the framework of college sports.

Through involvement in collegiate sports, students learn developmental, emotional, and physical capacities that serve them throughout their personal and professional lives. Student-athletes learn skills that complement their intellectual development and develop abilities that can’t be taught in a classroom, including:

March Madness Is the Glue That Holds the NCAA Together

The NCAA’s profits from March Madness go back into sports programs for the conferences that performed best, which are often already the richest schools. Historically, that revenue has not been tied back to the actual educational missions of the colleges and universities involved.

The March Madness basketball tournament is incredibly popular for many reasons, including the public perception that student-athletes aren’t doing it for the money, but for the love of the game. The biggest schools with the largest budgets don’t always win and often fail to advance to the final rounds, while small schools frequently play above their expected levels and, in doing so, become fan favorites and beloved underdogs.

In the 2022 March Madness tournament, that underdog was a tiny Catholic school in New Jersey called Saint Peter’s. The Saint Peter’s Peacocks became the talk of the tournament overnight after stunning Purdue, a major contender and member of the Big 10 conference, in a major upset that busted brackets all over the country. Saint Peter’s made it all the way to the Final Four before ultimately losing to North Carolina – one of the biggest, wealthiest, and most robust basketball programs in the nation.

Fans love to rally behind an underdog like Saint Peter’s, and they’re likely to remember that story when they watch next year’s tournament. Like David defeating Goliath, Perko says, those kinds of stories are part of what makes March Madness so popular and lucrative. McNaughton adds that Gonzaga was once a small, rural school that no one had ever heard of – until March Madness turned them into a household name.

If a big university like Purdue were to withdraw from the tournament in favor of forming its own structure, the so-called glue that holds the NCAA together might fall apart. Leaders in higher education should be paying close attention to the shifting tides happening now because disruption to the existing structure could trigger a radical transformation in the world of college athletics.

Presidents of colleges and universities will soon face tough decisions about why their schools offer athletics programs in the first place. Some institutions’ sports programs, which critics say function more like minor leagues for professional-level sports than as institutions of higher learning, may stay that way – but the leaders of those schools will need to make deliberate choices that align with the mission and value proposition of their institutions.

“There are big differences among the 1,000 schools that make up the NCAA, but the schools that get in the headlines every day are in the richest conferences, generating the most money, and raising lots of questions – such as, is this really an educational enterprise, or is this a commercial auxiliary unit being run by a university?”

Leaders will also need to identify the fundamental, underlying values at the core of their institutions. Those values should serve as a moral compass in times of uncertainty, especially during periods of change like this one. As presidents and boards make critical decisions about how their athletics programs fit into their schools’ identities, educational missions, and financial realities, the process will require real soul-searching.

Such deep analysis and introspection can be paralyzing for college and university leaders, and many institutions are likely to struggle without the help and guidance of an objective, third-party resource. Engaging with an expert in strategic planning and change management can help ease institutions through the process of making value-based decisions around their educational models, the athletics programs they offer, and how sports relate to the mission of delivering a robust education to their students.

Earlier this summer, as Title IX reached its 50th anniversary, the Department of Education proposed sweeping changes to the regulations that would fortify protections for many different groups of vulnerable students. Perko, a former basketball player at Wake Forest University, counts herself among the beneficiaries of Title IX, which created opportunities for female athletes nationwide. “But frankly,” she notes, “there are still many schools that are not in compliance.”

“We’ll see some sports teams being dropped, and they’ll say the reason is for Title IX, but it’s not. Title IX doesn’t require anyone to take away opportunities from one to give to another. They’re really making budgetary decisions.”

State University recently challenged a Title IX lawsuit related to dropping sports. Interestingly, Michigan State is a member of the Big 10 conference, which just signed the most lucrative media deal in the history of college sports. Perko notes that the athletics department at Michigan State – now flush with cash – has never been in a better financial position to create more opportunities – instead, they seem to be doing the opposite. For Perko, this example demonstrates the importance of leadership that can make decisions centered around gender equity and compliance while also prioritizing athletes’ education, health, and safety.

The NCAA’s outdated model of viewing student-athletes as amateurs, not professional athletes, is out of alignment with the financial realities of intercollegiate sports.