The Future of Public Funding of Higher Ed 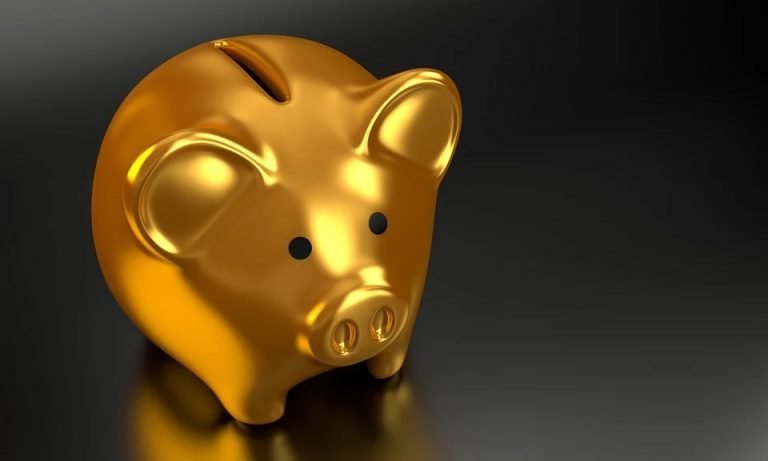 Part 6: The Future of Public Funding of Higher Ed

The public funding of Higher Ed freefall began four decades ago (e.g., California’s Proposition 13), but it really took root three decades ago, as declining appropriations, soaring tuition, and broken partnerships started to become the norm.  The aftermath has led to ugly financial battles involving policymakers, faculty, staff, students and alumni. Some colleges are running large deficits, especially when deferred maintenance costs are factored in, and there are some which are going bankrupt.

To successfully surmount this pressing challenge, we at The Change Leader believe that higher education leaders must develop a new model for funding higher education which requires identifying multiple sources of funding and must be sustainable and transparent. This blog, the sixth in a series, will discuss where we’ve been and where we’re going in terms of public funding of higher education.

The Aftermath of the Public Funding of Higher Ed Freefall

Higher education historically has enjoyed financial support from policymakers that has helped keep earning a degree an affordable prospect. The streams of governmental support have varied over time as The Pew Charitable Trusts noted. For instance, states historically have provided significantly more financial assistance than the federal government – 65 percent on average from 1987 to 2012 — to postsecondary institutions and students. The federal government mainly offers financial assistance to individual students and specific research projects; states cover the general operations of public institutions.

Now, state policymakers are facing tough choices as state coffers shrink and national policymakers are looking at reallocating dollars as well. Earlier this year, the Wall Street Journal reported that the recovery from the 2008 recession, which hastened cuts made to higher education budgets, have been hampered by tax cuts, increasing demands to fund Medicaid, and increasing public-employee health and retirement costs. The Pew Charitable Trusts reports that the biggest decline at the state level from 2008-2012 was in general-purpose appropriations for institutions; this amount fell by $14.1 billion (21 percent) over that period.

For example, states allotted nearly $2,000 less per student in 2017 than they did in 2001 and $1,000 less than in 2007, according to a report by the State Higher Education Executive Officers Association, forcing states to rely increasingly on tuition hikes to pay for institutional costs.

However, those hikes are becoming exorbitant in some people’s eyes. BestCollegesOnline.com’s blog points out that in 1973, tuition for one year at a private college averaged $9,876 while in-state public schools had annual tuition of $2,175. However, in 1975, college costs started increasing at a rate that on average was 5-6 percent higher than inflation. In 2003, the average cost of college increased 14 percent in one year. A 2012 Bloomberg report noted that college tuition and fees have increased by 1,120 percent since the record began in 1978.

By 2017, 28 states used tuition to generate more than 50 percent of their total educational revenue. This marked the first time that a majority of states relied more on tuition than government appropriations.  In fact, a Chronicle of Higher Education column reports that in nearly half of the United States, college students and families foot the entire cost of attending college, whereas a decade ago, parents and students paid for only one-third of the cost of college. This translates into a significant increase in costs. Business Insider noted the average cost of tuition, room and board, and fees at a four-year post-secondary institution climbed to $23,872 in 2015; in comparison, that cost was $9,438 in 1980.

Falling Regard for Higher Education

There was a time that higher ed was considered part of the “public good,” which was the impetus behind public funding of higher ed.  However, over the past 40 years, states gradually cut back on that funding until the Great Recession came, and then they reduced public funding of Higher Ed significantly.

That change in the funding equation has been part of a perfect storm that has led to a change in attitude about higher education, the Chronicle of Higher Education stated. Reporters Karin Fischer and Jack Stripling report that this change in perception was created by “dozens and dozens of consequential moves made by individual actors across the country. They are lobbyists and activists, anti-tax conservatives and big-government liberals, conflicted idealists, and self-preservationists. Even college leaders themselves. They are the American public.”

These concerns are widespread. A 2016 Public Agenda poll found that Americans are split with two in five Americans stating they worried that colleges waste their money while an equal percentage are worried about state cuts to higher education. Furthermore, a 2018 report by New America found that more than 50 percent of respondents strongly believed or somewhat believed that higher education leaders put the long-term interests of their schools first over the needs and interests of students.

This glaring spotlight on higher education financial resources also is beginning to emanate from within institutional walls.  Quartz reporter Jon Marcus wrote that one of Michigan State University’s most active student clubs now analyzes the university’s financial documents to see how the institution spends its money. The group recently uncovered a risky deal that cost the school more than $130 million, even as tuition increased faster than the national average. This same type of analysis is happening at a variety of institutions, including the University of Michigan and some Colorado community colleges.

This scrutiny by higher ed employees and students suggests that the higher education model is built on low-paid, part-time instructors who report to top-heavy bureaucracies, and many constituencies — including adjunct faculty, lecturers, and graduate students — are trying to build a case for higher salaries and benefits.  This ignores the fact that public (government) support of higher ed has decreased significantly over the past 40 years.

This current situation is not helped by the challenges created by competition with for-profit institutions. Their model seeks to slash prices, and many students, especially those from lower-income demographics,  opt to enroll in these institutions with the idea that they are getting a “good deal” – only to find that the degree they earn is considered inferior by employers.

One of the most troubling signs of higher education’s shaky status was the creation of a new excise tax on private college endowments as part of the Tax Cuts and Jobs Act. Not surprisingly this move has raised hackles and concerns among higher education leaders.  Currently, Bradley Byrne, a GOP representative from Alabama, is working with Rep. John Delaney, a Maryland Democrat, to alter the tax. Byrne, who served as chancellor of the Alabama Community College System from 2007-2009 and headed the state’s workforce development efforts, told Inside Higher Ed that he opposes new taxes and doesn’t like the policy concept of taxing charitable giving.

These endowments, however, will probably remain a favorite target for members of Congress given the current political climate. Sen. Charles Grassley (R-IO), has charged that colleges are hoarding assets at taxpayer expense. Furthermore, New York GOP Representative Tom Reed has proposed legislation requiring the wealthiest colleges to spend 25 percent of annual endowment earnings on providing aid for low-income students. This will remain an area to watch as we move forward.

With deteriorating public funding of Higher Ed, the time is ripe to begin to create a new model of higher education that uses funding sources beyond state and federal coffers, such as planned giving and other fundraising tactics. In fact, some feel that it’s time for higher education to chart its own course.

So what does that look like? Alvarez and Marsal’s 2018 report, Trends in Higher Education: 2018 Outlook, calls for institutional leaders to contain tuition, increase affordability and broaden access by:

Many institutions are beginning to create that model. For example, The Council of Independent Colleges released a report that looks at innovation and independence based on their members’ efforts to alter or expand offerings or structures to strengthen their fiscal status. Inside Higher Ed reports that the group’s members voiced an urgent need to change business models based on increasing closures and consolidations.

Some institutions also are looking at marketing to get a financial boost.  For instance, Marion Technical College, a two-year college in Ohio, has announced that it will award students a free year of tuition if they complete at least 30 credit hours by the end of their first year. This decision is designed to entice students to continue college after the first year. The program, known as the Get to Next Scholars program, awards 35 credit hours free if the students earn at least a 2.5-grade point average while completing

As these efforts begin to take root, Alvarez and Marsal’s 2018 report stresses that it’s important for institutional leaders to embrace a leadership style that focuses on:

Read other posts in The Changing Face of Higher Ed series.