Neg Reg 2019 and HEA updates on this Higher Ed News Washington update podcast with guest Tom Netting. The Department of Education published final regulations that had achieved unprecedented consensus prior to the reporting deadline for the master calendar. However, two of the three regulations were not finalized in time for the publishing deadline and so will not go into effect on July 1, 2020, but at a later date.

The House Democrats completed their comprehensive proposal to reauthorize the Higher Education Act. However, this act is not assured of getting out of the House due to a significant price tag. Many are watching the Senate to see if negotiations between Senator Lamar Alexander and Senator Patty Murray will serve as the impetus for passage of this long-delayed update.

While the Neg Reg 2019 discussions led to consensus on three areas — innovation, accreditation, and distance/online education — only one, accreditation, made it through to completion by the Department of Education in time for publication in the Federal Register by Nov. 1.  The other two packages did not make it to the public comment portion of the process.

The package dealing with accreditation and the roles of the various members of the triad (the federal government, the state-level department, and the accrediting agency) made it through for publication, and most stakeholders believe the changes are good.  They include:

These improvements on innovation could accelerate students’ progress and get them into the workforce more quickly (which costs them less). The higher education community – primarily the public and the private non-profits — have been looking for these regulatory changes.

In comparison, the failure to publish the other two proposals (or even go out to the public for comment) was disappointing, even though there are legitimate reasons for this. Department officials said that general counsel and other staff found problematic issues in relation to the broader context when they took a hard look at the proposals.  For example, department officials had concerns about how to measure competency-based education using the credit hour.

There were many areas that were not considered because they are divisive and fly in the face of regulatory and congressional personnel who are far more familiar with the old model (face-to-face/bricks and mortar).  These areas require groups to look at issues from new perspectives, e.g., delivery, cost, accelerating students’ education to get them into the workforce quicker by taking into account a student’s previous experience (CBE), and work-study and apprenticeships. This can be difficult for individuals who haven’t participated in programs outside of traditional delivery systems or in non-traditional work-study opportunities that involve mentorships.  For these policymakers, the proposed changes were seen to be jarring.

The changes to the consensus packages will require taking them back to the original participants in the process to attempt to regain consensus – potentially pushing this out to next year or even later because of the upcoming presidential election.

Despite its inability to publish two consensus packages, the Department is getting closer to rolling out two additional regulatory packages – changes to Title IX and Cleary Act.

There has been considerable commentary and discussion on the Title IX package – over 150,000 comments. The public comments are about the victim’s rights, the adjudication process, and the investigation process in relation to the rights of both the accused and the accuser.

The Education Department has culled through the comments and has sent the guidelines to OMB for its review, the final step before publishing it in the Federal Register (and making it official).  OMB has scheduled meetings through mid-December with multiple interested parties.

The Department is looking to publish a final rule in the next few months. However, some House Democrats as well as Sens. Murray and Durbin have concerns about the proposed Title IX changes and are using those concerns to hold up reauthorization of the Higher Education Act.

The House Democrats are proposing reauthorization with major changes. Some of the proposals that have attracted major attention include

The plan also would provide a greater amount of consumer information but also would consolidate that information under the Net Price Calculator and the College Scorecard that would be accessible to both consumers and legislators.

Another section of the proposal focuses on for-profit higher education, especially focusing on recent institutional closures. The Democrats are seeking to legislate gainful employment for all programs. There also are a number of areas focused on accountability of the for-profit higher education community, including establishing an oversight and enforcement entity to review for-profit institutions.  The Pell Grants for short-term programs and incarcerated students would not be eligible to participate. The Ability to Benefit program that serves students who don’t have a high school diploma or GED who can show the ability to matriculate by completing six credit hours was modified to bring greater access.

The Democrats also looked at regulatory issues around Title IX and specifically prohibited the Secretary of Education from publishing any revisions to Title IX. This bill, which underwent a three-day mark-up, also has other changes, including reframing substance abuse into substance misuse.

The bill was voted out of committee with a straight party-line vote.

The next step is to take the bill to the House floor, but there is no guarantee that this bill will make it out of the House since there is a considerable price tag attached – some estimates are north of $400 million in new spending, and much of this money would go to institutions serving minority student populations. This leaves a number of moderate and fiscally conservative Democrats wondering whether they can support this legislation because of its price tag.

In the Senate, Sen. Alexander is looking to create a legislative vehicle that will burnish his policymaking legacy through passage of the Higher Education Act before his retirement from public office. He reached out to House Democrats with input on their bill in an attempt to make the proposal palatable to both Democrats and Republicans. These include FAFSA simplification, Pell Grants for short-term programs, and Pell Grants for incarcerated individuals.

The House Democrat and the Alexander plans are being analyzed to determine if a compromise can be developed. Several individuals in Washington D.C. are working toward this, even though the nation is heading into an election year.

Check out more of our publications on Neg Reg and how it affects your college or university. 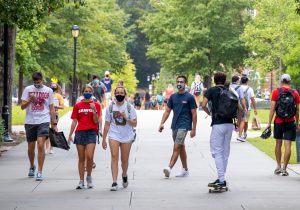 How the Pandemic Changed Higher Ed

Accelerated Transformation One Institution at a Time 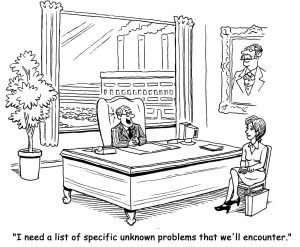 Five Reasons to Throw Out Your Strategic Plan