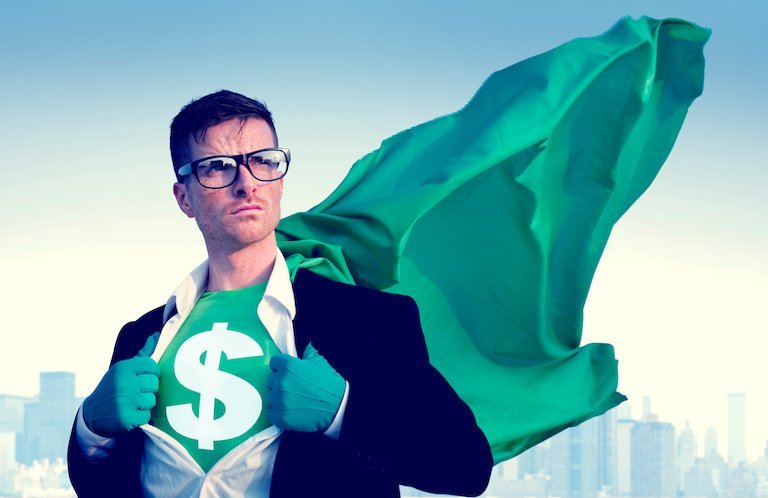 Higher education institutions are facing numerous challenges as enrollment numbers continue to decline, forcing many campuses to drop majors, merge with other institutions or reset their tuition. Even larger public universities are beginning to act more like private institutions by price-matching the competition. To stay afloat, these schools are also looking to embrace nontraditional models like lifelong learning and are focusing on retaining students by outsourcing mental health services.

To discuss these financial challenges, Dr. Drumm McNaughton spoke with higher education finance expert Lucie Lapovsky of Lapovsky Consulting, who also formerly served as VP of Finance at Goucher College and as Director of Finance and Facilities at the Maryland Higher Education Commission.

There are a number of factors driving poor higher education economics right now. First and foremost, there is the demographic cliff that is resulting in more capacity (number of higher ed institutions) than there is demand (number of students). This is not surprising given that we are in a mature- to declining-market cycle in higher education, but it also has to do with the lower birth rate that occurred during the Great Recession – the students are coming of “college-age,” and there are fewer students than there were before.

This, coupled with a lower number of international students due to the COVID pandemic, has made for difficult times from an enrollment perspective.

In the current higher education climate, only major public research universities, Ivy League Schools, and “little Ivys” are getting wealthier as they attract more students, while the rest are experiencing lower enrollment. Even the community college system, which historically has never really had trouble enrolling new students, is now struggling to recruit students. This, in turn, directly impacts non-elite four-year schools that have relied on a steady flow of transfer students from community colleges.

Another factor driving lower enrollment is the economy and the robust job market. Traditionally, during strong job markets, college enrollment has dropped. However, there is one other anomaly here that is making this even more difficult, that of many businesses and even the government not requiring a college degree for good employment. This compounds many’s perceptions that a college degree doesn’t have the value it used to.

One of the challenges facing higher education institutions is fixed costs and the inability of institutions to quickly shift what is called, in economic terms, cost function.

Many colleges and universities are adapting by shifting their cost function. However, shifting fixed costs, e.g., fixed facility costs and employing tenured faculty, for example, complicate an institution’s ability to make this shift quickly and effectively, forcing many schools to drop majors. Luckily, COVID has proven that higher ed can operate online, which provides campuses with great economies of scale, such as increased amounts of sharing between different institutions.

“A question that higher ed faces is how quickly schools will be able to make the transition by collaborating with others to reduce their fixed costs. It is going to be a challenge for a lot of smaller schools that lack economies of scale to survive.”

One of the ways that institutions are transforming their cost function is through shared services, especially backend IT and infrastructure services. There are multiple higher education service providers that can help higher ed institutions lower infrastructure costs. These include TCS Education System, Core Education, and a new low-cost college coalition called Rise. All of these help schools increase their number of available majors without having to make any fixed-cost investments.

Aside from sharing online, many schools in the public sector have adapted by consolidations and mergers with other institutions. Unfortunately, after Georgia’s university system set a precedent by consolidating its schools in 2013, smaller schools only have the capacity to replicate each other’s offerings, while larger campuses have been able to use mergers to increase their academic offerings. An example of this is the consolidation between Saint Joseph’s University and the University of the Sciences – two smaller schools merging to become a larger one.

Then there are those larger universities that acquire smaller schools to increase their footprint; for example, Northeastern University acquired Mills College to expand its system into California.

For a successful merger, college and university presidents need to find a school that can offer value to their institution by expanding their economies of scale and/or enhancing a weak program. For example, when an institution finds complementary programs, the fact is that the merged schools need only one president, one cabinet, etc., thus enabling the acquirer to eliminate positions with significant salaries. And when the programs are complementary, there will be duplication and overlap in faculty and facilities, enabling faculty layoffs.

One good example of this is Willamette University’s acquisition of Portland College of Art and Design. This acquisition enabled Willamette to strengthen its weak fine arts program while eliminating a costly program that overlapped. The result: net savings on faculty and infrastructure costs.

Low enrollment has led to another interesting move on the part of many institutions: tuition reset.

Institutions have known for a while now that many lower-income students have suffered from “sticker shock” when they look at the published price of an institution and immediately bounce off the website. They do not understand that the published “list” price is not the actual price a student will pay.

Recently, the consumer banking corporation Sallie Mae has completed numerous studies showing that 60+% of people no longer consider a college or university after hearing the cost of tuition.

In an effort to attract more lower-income students, many liberal arts and other smaller schools are resetting their tuition by lowering their “sticker price.” This creates transparency and combats the false impression that higher ed is too expensive, especially given the average discount rate at private four-year schools is 54-55% and can range as high as 75%. As a result, these institutions are offering financial aid at much lower levels, from $30,000 or $35,000 to $15,000 or $10,000, but the sticker price on the website is lower.

Schools that have lowered their prices have found that students who visit their cost of tuition webpage are more inclined to continue browsing their website rather than dropping off entirely.

Public universities are beginning to follow the example of private institutions when it comes to discounting as a way to attract new and more students. For example, the University of Maine now price matches the tuition of any other school in New England that a prospective student has been accepted into. Other schools are even actively offering prospective students admission to their institution before they even apply.

“The truth of the matter is we’re a country that likes a deal. Everything is on sale and we’ve gotten used to it. We’re seeing incredible price competition in higher ed. It feels more like you’re in the used car market. Before in higher ed, you had to apply and wait to get accepted and then wait to get your offer. So there’s always been an emotional investment, which can be difficult.”

However, the true challenge that higher ed must overcome is properly communicating the ROI of a college degree. It isn’t necessarily that tuition is too expensive since there are more than 200 institutions that provide Promise Programs where attendance is free.

The challenge is this. “The most expensive part of college is foregone earnings – the time when you’re not working. But the data shows that over a lifetime, someone with a Bachelor’s degree will make anywhere from $600,000 to $1.3 million more than someone who has a high school degree, and that is a significant return on your investment.”

The Growth in Online Learning

Over the past 10 years, there has been significant growth in online learning, with the “big getting bigger.” One needs to look no further than Southern New Hampshire University, Purdue-Kaplan, University of Maryland Global, University of Arizona and Zovio (Ashford), University of Massachusetts, and Brandman, all of which either grew organically or became major players through acquisition.

The pandemic helped solidify the belief that online learning is credible (and, in some instances, superior to face-to-face learning). And there is an increased demand for large-scale online universities despite the fact it still isn’t clear if the market can support a high number of them. But the interesting thing is that many prospective students are coming to view living on campus at a four-year college as a luxury good that very few can afford, even though it’s an aspiration for most of them. Additionally, students view online learning as opening up the world to a plethora of opportunities for every course you could possibly want with a whole variety of price points.

The Need for Micro-credentials

Similar to the question as to whether a college degree is necessary to get a job, higher ed is grappling with an increased need for nontraditional education in the form of micro-credentials. More students are coming to require schools to embrace lifelong learning options that offer badges, micro-credentials, and stackable credentials so that learners can fill gaps in their educational journey. Conversely, more students are pursuing early college options and end up graduating high school with one or even two years toward their undergraduate degree already completed.

Although higher ed will need to embrace these alternatives, colleges and universities can’t forget about the importance of promoting critical thinking.

“Where are we going to get the piece that makes you a good citizen, encourages you to vote or makes you skeptical of what you read on the internet to discern what’s fake news? This is what the liberal arts part of college does, but it doesn’t easily translate when you get out of college into a job that provides monetary compensation.”

Additionally, the industry still needs to identify the value of attending a reputable institution for a higher price, like Harvard, versus a less-expensive university or starting out a community college. Higher education currently does not measure the value of learning, but people do recognize the value proposition in terms of an institution’s reputation and price. For example, a degree from Harvard is recognized far more than a degree from a public regional or small college. Yet, is the education that a student receives at Harvard or another elite better?

“Other than networking opportunities, we don’t have any good metrics that tell us the quality of learning at these very elite schools.”

Retaining already enrolled students continues to be the smartest way for higher ed institutions to add to their bottom line. The National Student Clearinghouse recently released data revealing that graduation rates have leveled off and that the six-year graduation rate is 62%. This translates to higher ed losing almost 40% of its enrolled students – students who will not graduate. Increasing enrollment by 40% would put colleges and universities in good shape, so naturally, presidents want to know how to keep their students from dropping out.

Although many students who don’t complete their degree point to finances as the reason, there are many other factors at play, including mental illness, feeling unsuccessful, or not embracing campus life. But with faculty getting burned out for becoming de facto mental health counselors and schools struggling to finance mental health services, higher ed must play a balancing act. Of course, colleges and universities can outsource these services, but this would force the student to get health insurance. Some schools that outsource, however, choose not to get reimbursed since that could make students turn down these services out of fear that their parents will find out.

“We have this bizarre system where you’re required to have health insurance, and health insurance might cover much of what these student services are providing, and yet the school is choosing not to get reimbursed for it.”