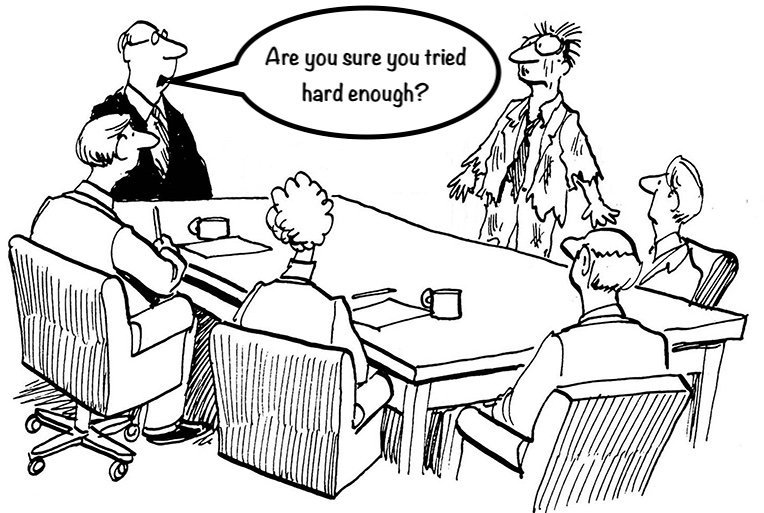 In this episode of Changing Higher Ed podcast, Dr. Drumm McNaughton and Dr. Richard “Dick” Chait, two leading experts on governance and management in higher education, discuss how the governing structures of colleges and universities have changed over the years. Chait and McNaughton also break down the different challenges facing public and private institutions, the fundamental attributes of effective boards and individual trustees, and how the roles and responsibilities of boards and trustees continue to evolve to meet the challenges facing institutions of higher education.

Dr. Dick Chait, professor emeritus of the Harvard Graduate School of Education, has been studying institutional governance since the mid-1970s. Prior to his tenure at Harvard, Chait served as a professor at the University of Maryland and Case Western Reserve College. He has been honored with multiple awards, including the Council of Independent Colleges (CIC) Academic Leadership Award. In 2001, Chait was selected as a Fulbright U.S. Distinguished American Scholar by the Fulbright New Zealand Board of Directors.

Since Chait entered the arena of governance in higher education in the mid-1970s, he has witnessed significant changes in the structure, management, and governance of both public and private universities and colleges. The most dramatic change during that time has been the degree to which the work of boards and trustees has become much more serious.

“The days of having an honorific, ceremonial board that meets in a very perfunctory fashion, routinely rubber-stamps every proposed action by the administration – those days have ended.”

The old way of doing things didn’t shift on its own. The two watershed moments at the root of these changes were the Enron scandal and the Great Recession. Along with other high-profile instances of fraudulent financial reporting by corporations during the early 2000s, the Enron debacle created much greater public recognition of the importance of governance. As a result, boards today are more inquisitive, more proactive, and likely to be much more engaged than before.

Corporate governance structures are increasingly transferring into the higher education landscape. As a result, boards are becoming more proactive – but that transfer of ideas doesn’t go both ways, leading to a more significant issue. Certain high-level trustees, many of whom work in the upper tiers of publicly traded corporations, tend to believe that what happens in the corporate sector can be beneficially applied to higher education – but not the other way around.

“Somehow, the corporate sector believes that what happens in higher education is somehow peculiar and ultimately ineffective, and I think that’s dead wrong.”

The idea that what happens within higher education has no application to the corporate world is gravely mistaken. Data demonstrates that colleges and universities in the U.S. have long outlived the best of American corporations. While higher education institutions have endured and thrived for hundreds of years, corporations have come and gone.

At public institutions, boards are rarely self-selected. In some states, elected officials select trustees, but in most, trustees of public universities are placed by gubernatorial appointment. As a result, a public university president has little to no control over who becomes a member of their board.

The second major difference between private and public governance structures is even more significant. Whatever the ideological, personal, or political views of private trustees may be, trustees should be putting the institution’s interests first and at the heart of decisions. That’s not true of many public institutions, especially in today’s hyper-politicized environment.

At many public colleges and university boards, some trustees would argue that their purpose is to represent any number of entities, such as the taxpayer, governor, a particular region or industry, or a specific demographic. Their allegiance is often to whoever placed them as a trustee in the first place, and there is no assurance that their transcendent interest is the institution’s well-being.

This flies in the face of trustees’ fulfilling their fiduciary duties to the university and the independence of trustees from “outside influence.”

Another difference between public and private boards is that boards of public universities are almost invariably smaller than those of private institutions. This puts an onus on the boards for every person, mistake, and even each regrettable appointment, becomes magnified. Additionally, these smaller boards get stretched thin because there aren’t enough board members to provide adequate oversight of the institution.

Yet another difference is that public university boards have an obligation to meet in public, while private institutions have no such obligation. This can create difficulty for these boards to hold frank, meaningful discussions and can lead to rubberstamping of decisions (vs. taking a hard look at an issue as a group), especially for those boards in states with outdated and restrictive “sunshine” laws.

Self-selected boards create problems among private institutions and, sometimes, among public institutions – although most public sector institutions have term limits in place. Trustees with the most longevity on public boards are publicly elected. “That’s when you get incumbents that have the advantage of name recognition and get elected over and over again – but that may change.”

Institutions should use a skills matrix to assess the eligibility and performance of board members. This is a tactic that The Change Leader uses when consulting on board governance. They could also suggest term limits in their bylaws – but this is unlikely to happen at most public institutions.

This conflation of governance and philanthropy is among the most fraught developments that Chait has witnessed over the course of his work in education governance.

Increased tension between philanthropy and governance within private institutions has made it challenging to assemble boards that conform to institutional ideals. This is because the capacity to make significant donations is a major factor for private institutions’ board members, leading to some high-wealth trustees sitting on board for too long.

“It’s very difficult to run the risk of offending a donor by saying ‘your term is up.’ You risk disengagement with that donor and loss of revenue to the university.”

Another challenge for boards is wealth inequality among trustees. A trustee that has accumulated great wealth can speak in a whisper, Chait comments, and that whisper essentially becomes a shout. This creates an imbalance within the board. The voices of other trustees – such as younger trustees who have not had the time to accumulate wealth or diverse trustees who have not had access to the same opportunities – can be drowned out.

Private trustees are often alumni of the school who do not want to leave because of a deep affinity with the institution. Their love for the school often enables them to convince themselves and the nominating committee that they, and their level of passion, cannot be replaced. This, Chait warns, is a dangerous proposition.

“Trustees are quick to forget that they are in a business that is essentially youth-oriented.”

Older boards/ trustees create several problems, the first of which is that they lose touch with today’s customers because of generational and other differences. Additionally, because they are populated with alumni, those boards also develop a time-warped notion of what the college should be. “It’s as if they want to recreate the campus in sepia.”

An effective board may focus on a single issue for three to four years, while an ineffective governance structure may spread its attention across dozens of lesser issues over the same period. Institutions of higher education are always facing countless challenges, making it easy for boards to lose sight of the most fundamental issues. Boards that can focus on fewer issues of greater importance for prolonged periods are likely to have a much more meaningful impact on their institutions.

Boards of the greatest consequence are highly engaged, not just as spectators for PowerPoint presentations but as true thought partners of the president. They function more like think tanks than passive audiences.

A key question to ask a board is: “If the board of this college were to cease all operations for the next three years, what would be the gravest consequence to this college? The answer to that question is what a board should do.”

If the gravest consequence of a board ceasing all functions would prove more superficial than grave, that board is not adding significant value.

“You don’t join a team and say, ‘I’ll come to practice when I want, or I don’t like this playbook, so I’ll use a different one. When you join a team, there are certain norms that are in place.” Strong boards are also explicit in how they guide people’s behavior, conduct, and values.

An institution may wish to define itself as having a broad swath of political and ideological points of view on campus, being a place for civil conversations and debate, or through a performance academy across the campus. No matter what attributes the institution wants to exhibit or manifest, they all must be modeled in the boardroom. Otherwise, it’s sheer hypocrisy – and that comes back to the issue of lifelong appointments of trustees without performance accountability.

Members of effective boards regularly ask themselves how they can be better partners to the president, how they can add more value, and how the board can become a greater strategic asset.

The best and most effective individual trustees:

The best individual trustees also recognize that they are in a foreign culture. If they come from a corporate environment, they don’t just arrive on campus attempting to impose corporate norms. This can be likened to being a “good tourist” in a place where the norms are very different. In London, for example, a good tourist will adapt to cars driving on the left side of the road, not on the right.

“I think of the really good trustee as saying, well, this is interesting. You drive on the other side of the road, not the wrong side of the road. What trustees need to remember is that their instincts are wrong. If you follow your instincts in London, you’re going to be dead.

In other words, it may make no sense to certain trustees that a college professor has so much autonomy or authority or that students can champion protests. They would be right if those trustees said that’s no way to run a railroad. “But the point is, it’s not a railroad.”