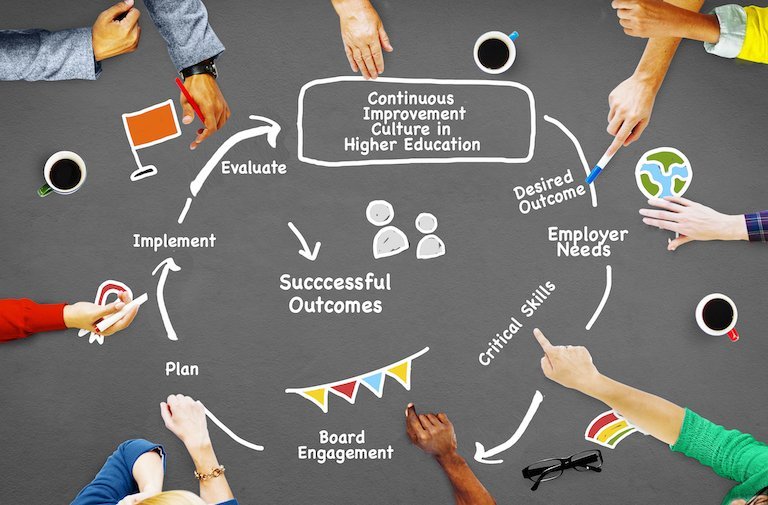 In this episode of Changing Higher Ed podcast, Dr. Drumm McNaughton, a leading expert on change management in higher education, and Prof. Ami Moyal, President of Afeka, a top engineering college in Israel, discuss the case study of Moyal’s profound transformation of his institution’s culture to produce well-rounded engineers who are better prepared to meet the challenges of an ever-changing high tech workforce. Moyal and McNaughton summarize Afeka’s successful implementation of an engineering perspective to identify problems, define solutions, implement solutions through a process of ongoing assessment and change, and leverage change for future growth and development.

Prof. Moyal was named the third president of Afeka College of Engineering, a public college in Tel Aviv, Israel, in 2014 after serving for six years as a faculty member in the Department of Electrical Engineering. Prior to that, he held several positions at Natural Speech Communication Ltd. in Israel, a developer of speech recognition products for telephony, including serving as CEO for seven years. He is an expert in human-machine interaction via speech recognition, and founded and led the Afeka Center for Language Processing, a research and development center for spoken and written language processing.

When Moyal became president of Afeka, after serving for seven years as the CEO of a high-tech company, his goal was ambitious: to transform the way every student at Afeka is trained.

“I think that education is the most important mission of a society.”

For example, he found that recent graduates too often had good grades and technical expertise, but lacked the so-called “soft skills”—what Moyal prefers to call “crucial skills”—of working and communicating efficiently with non-engineers on multidisciplinary teams.

Once at the helm of Afeka, Moyal launched a transformational effort to produce—and constantly assess—a graduate profile that narrows the gap between what graduates could offer a high-tech company and what these companies need.

Afeka was doing well by all major metrics: admissions, enrollment, finances, general atmosphere, and so on. Most at the college considered any threats to the institution’s well-being minor, at most.

Moyal succeeded in persuading internal stakeholders that if Afeka did not change while the world its graduates were entering changed constantly, the college risked becoming irrelevant.

“Academics have a mentality that everybody else can change, but what we’re doing is just fine. It’s worked for 600 years. So why do we need to change it?”

He then involved all internal stakeholders in all aspects of the change process. A 50-member internal communications unit was created to keep faculty and staff updated on all developments.

At Afeka, like at most colleges and universities, academic programs were defined by the academic processes that supported them—the curriculum, courses, and degree requirements—and the faculty and students that fulfilled them.

Moyal flipped this approach on its head by helping Afeka’s faculty and staff think instead in terms of the engineering design process. First, they focused on outputs by creating a profile of their ideal graduate, then considered how the institution’s four-year engineering education process could be revamped to produce these graduates.

That meant asking the high-tech world what types of graduates it needed and reviewing the findings of current research on the topic. The result of this learning phase was the profile of the “ultimate engineer” who ideally would graduate from Afeka—in other words, Afeka’s ultimate output.

Next, after defining the outputs, stakeholders turned their focus to the inputs—incoming students, who, like their counterparts worldwide, clearly find the traditional classroom lecture model much less appealing than previous generations.

The result? Faculty and staff were convinced that the only way to produce the graduates defined in the graduate profile they developed was to change everything about the way they taught students.

“You cannot oppose implementing a change to achieve the graduate profile if you have been involved in defining it.”

Students resisted the idea. Moyal not only anticipated this but also emphasized it to faculty as an example of the ongoing need for agility in change management. Student input thus became an important metric in the annual assessment that faculty were asked to perform.

Implementing Continuous Improvement and Leveraging It for Future Growth

Today—six years later—Afeka has in place internal engines for change that benefit students and employers alike.

These include many new research centers, as well as centers to help students learn, and a major new administrative unit that provides extracurricular activities to promote well-rounded and well-prepared students.

The curriculum, likewise, has changed dramatically with many nontraditional courses and students are learning more in teams, as well as beyond campus in industries, hospitals, and other real-world settings. In addition, keeping class sizes to an average of 32 students facilitates in-depth discussions and group work.

Throughout it, Moyal and his staff have closely monitored the college’s capacity for growth and the faculty’s willingness to accept change. So far, the year-by-year increases have been around 10 percent, for a 50 percent increase in both student enrollment (now stabilized at around 3,500) and in faculty and staff (to about 200). And despite the COVID-19 pandemic, which created a general downturn in student applications elsewhere, Afeka receives about 12,000 student applications for just 1,000 available slots each year.

One example is the annual survey of graduates to find out where they are working, how much they are being paid and similar information. Moyal is pleased that more than half are working in research and development—the heart of the high-tech world—and earning good salaries.

Now that the assessment and change process is firmly embedded in the institutional culture, what’s next for Afeka? Moyal has three ambitious goals:

Three Takeaways for Presidents and Boards