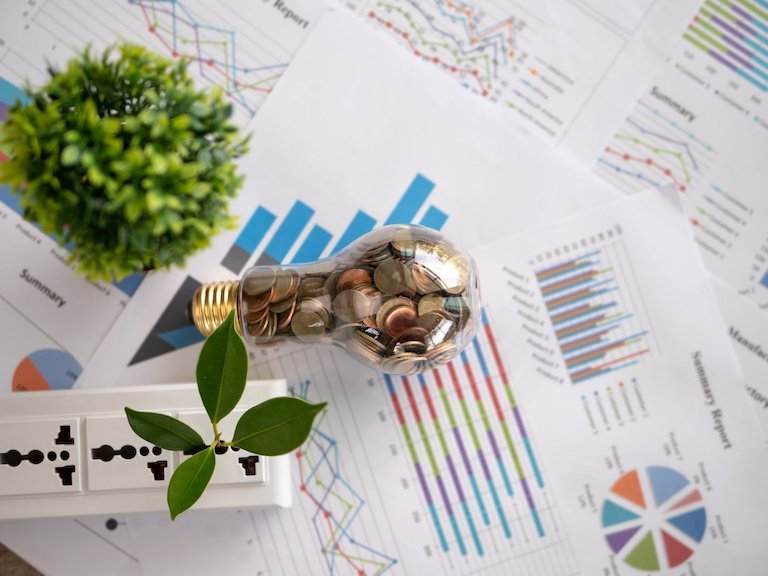 Higher education institutions have an urgent responsibility to act on the values of environmental sustainability by going green, campus by campus. The Carleton College sustainability model leads the way for higher education institutions to reduce operating costs while being influential role models for environmental stewardship.

The climate crisis has become more visible and tangible than ever. Many students in higher education have personal stories of being impacted by wildfires, floods, and other weather-related events that are increasing in frequency and intensity. Because political apathy towards the climate crisis has resulted in stagnancy and a lack of leadership from the government, it’s up to colleges and universities to lead the way in sustainability.

Carleton College, a small liberal arts school in Minnesota, is at the forefront of the sustainability model movement. Their success sets an example for other colleges and universities and offers a replicable model for how others can begin the process of going green.

“Institutions of higher education have a responsibility to act as role models for their students and for society at large, especially in the area of the environment.” – Martha Larson, Manager of Campus Energy and Sustainability,  Carleton College

The institution’s process of going green began with a small concept study. Martha and her team looked ahead to how the college could source its energy over the next 5-10 years by analyzing a wealth of existing data. At the time, the campus was operating on outdated central plant equipment: 50-75-year-old steam boilers due for replacement.

The analysis presented the college with a choice. They could continue operating on an outdated mode of supplying and managing energy or modernize their approach to the problem.  As Martha Larson remembered, “We had a choice to continue the old way – replace the steam boilers in kind, or study how this would be done in the 21st century.”

The campus’ energy needs were relatively small, serving about 2,000 students and 600-800 staff and faculty members. After deep analysis and consulting with an experienced engineering firm, the college made a deliberate and conscientious decision to fully transition away from steam heating and natural gas. The college chose to install geothermal and wind technologies instead, beginning with the purchase of a commercial-sized wind turbine in 2004. That first major milestone had an immediate impact, reducing the campus’ overall electricity demand by 25-30%. “We kind of got the fever with that project,” noted Larson.

By making the decision to fully transition away from carbon-intense energy sources like natural gas in favor of sustainable sources like wind and geothermal, Carleton began a process that has dramatically reduced energy demand while also reducing costs. Larson explains that energy management at Carleton College is focused on two major components: reducing the college’s energy consumption and decarbonizing how that energy is produced.

“Energy management really is what it says it is: the management of the college’s use of, and production of, energy. A big part of that is data collection, data management, data analysis, and meter maintenance so that we can manage what we measure. ”

To reduce the overall demand for energy, Larson’s team focused on tailoring systems to be more efficient. High-wattage light bulbs were swapped for LED lighting. The school began HVAC programs that could modulate fans and pumps, so they weren’t running all-on or all-off. Control systems were tweaked to be more responsive to accurate outside air temperatures and actual room needs for temperature and humidity control. This tinkering and tailoring of existing systems resulted in an organic reduction in energy demand.

In addition to wind energy, the college began decarbonizing its energy supply by transitioning to geothermal heating and cooling. Three geothermal bore fields were established, and a geothermal pump was installed to recycle heat and energy. The pump pulls heat out of facilities that are being cooled and deposits that heat directly into the heating systems. “So we’re essentially using free heat to run the campus, especially in spring and fall when we’ve got both heating and cooling needs simultaneously.”

When the heat source is not available from rooms being cooled, the pump can use the geothermal well fields as the second line of defense. This recycling of heat and energy led to a 40% reduction in heating and energy costs.

Carleton’s energy spend prior to these projects was about $2 million annually, which has come down by roughly 12%. Looking forward, decarbonizing the sources of energy on campus will also insulate the college from volatile energy prices and future carbon taxes, “which are coming at some time, in some form,” Larson stated.

In addition to the savings created within the energy budget, Carleton College saw a significant reduction in its hidden operating expenses.

Because the old boilers were high-pressure, the state of Minnesota legally required the college to monitor them at all times. That meant paying staff to watch the boilers 24 hours a day, 365 days per year. By eliminating the dangerous boilers, Carleton no longer needed – and will never need – around-the-clock staffing. Maintenance workers could now work a day shift, which both created a more humane work-life for staff and led to enormous savings in operating costs. As Larson pointed out, “It’s a much saner working environment for them, and Carleton is not paying for this round-the-clock coverage.”

Thanks to all of their efforts, the overall reduction in Carleton College’s carbon footprint, has been a whopping 68% – and Larson’s team isn’t stopping there. “They’re pledging to be 80% carbon-free by 2030, which is very soon, and 100% carbon-free by 2050.”

In retrospect, Carleton College was able to achieve such impressive results due to a combination of factors.

As for the energy that the school still pulls from the public grid, that energy is getting cleaner, too. The fact that the public grid is getting greener much more quickly than anticipated indicates that Carleton College needs an updated plan.

Beginning with a small study, Carleton College started a movement that has resulted in a complete transition away from natural gas and the implementation of several sustainability practices that will continue to deliver operational savings for decades to come. The college’s journey over the past 20+ years shows a logical progression of steps that other higher education institutions can take to begin the process of going green, reducing costs, and becoming responsible stewards of the environment.