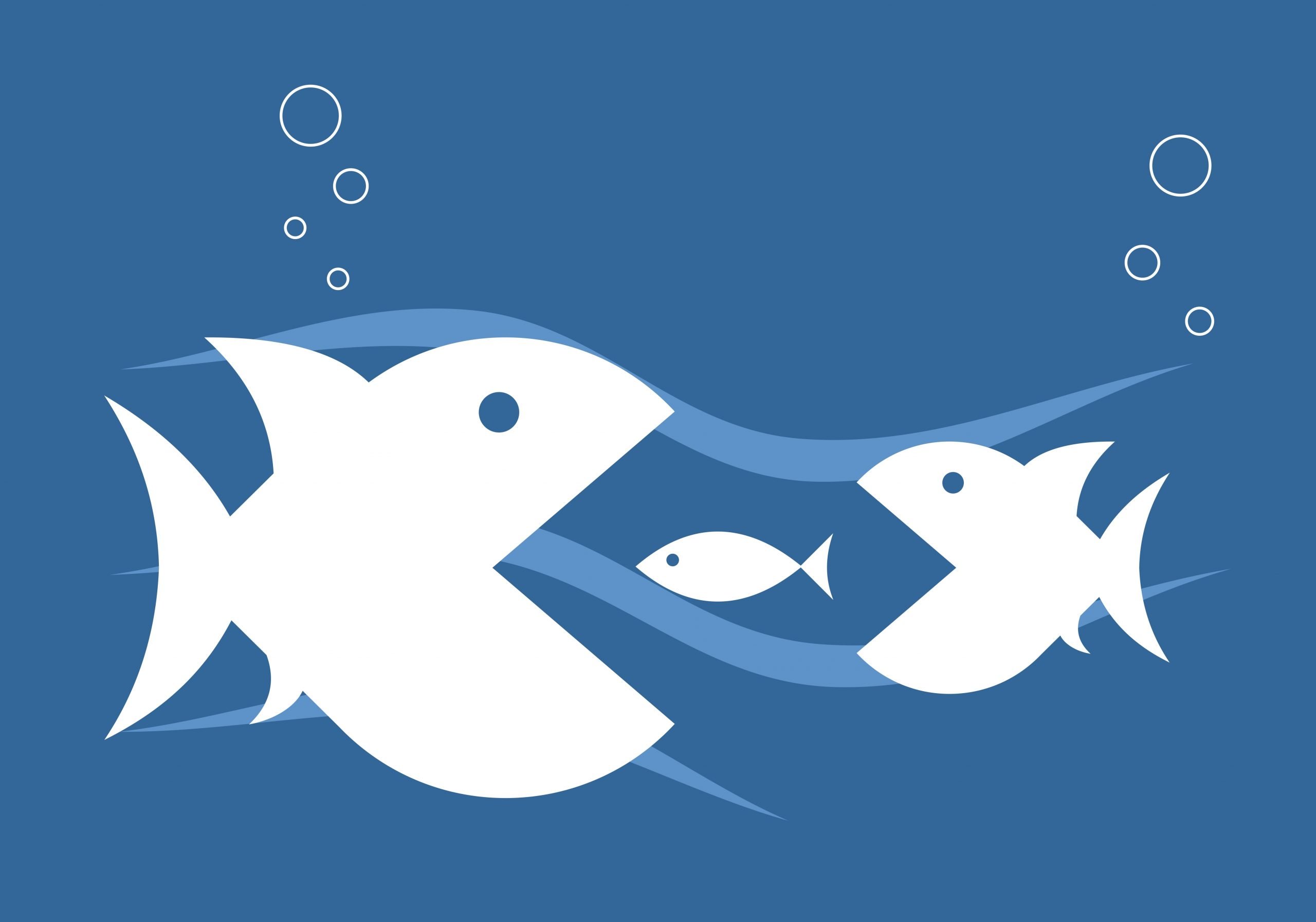 Many higher ed institutions are struggling with finances due to COVID and other reasons, but few higher ed leaders are seriously contemplating a merger with or acquisition of or by another institution. These processes can be a win-win proposition, allowing for increased capacity, services and efficiencies for students.

One example of this process is Delaware State University, which is in the process of merging with Wesley College. This merger began earlier this year and is spearheaded by Dr. Tony Allen, who became Delaware State’s 12th president in January. He previously served as the institution’s provost.

But that isn’t the two story with Dr. Allen – his career spans both higher education and corporate. This broad career has benefited him significantly, as he brings his experience from outside of higher Ed to tackle some of its biggest challenges.  For example, in this, his first year as Delaware State’s president, he has had to deal with COVID and moving to online education.

This merger/acquisition is the latest major issue that he is tackling. Dr. Allen believes that growing a very proud Black institution that has faced its challenges and focused on developing innovative programs is the most important thing he can focus on doing at this moment because these efforts will grow capacity and opportunity for students who are often underserved.

Merging with a Neighbor (or Anyone Else)

An advocate for both the State of Delaware and the University,, Dr. Allen has always believed in the institution’s possibilities. He said that Delaware State has an amazing story to tell but has not had enough storytellers. He wants people to know the institution’s rich history – and to grow it.  The merger is part of the institutional strategy to make that happen.

Dr. Allen, who has participated in a higher education merger before, said that going through a merger is a very interesting process. Delaware State’s vision is to be the most diverse HBCU in America. The institution’s leaders would like to increase enrollment from the current number (5,000 students) to 10,000 students in the next 5-7 years. To accomplish that, the school needs not only more students, but also more physical infrastructure to attract those students and to make sure that the faculty and staff feel like Delaware State is a first-class institution. Thus, a merger is a very sound strategy by which to accomplish this.

Wesley College, which primarily serves minority students, is literally two miles from Delaware State University. The college’s campus has about 20 buildings on 50 acres of land near downtown Dover.  In watching Wesley College’s decision-making processes related to the institution’s future, Delaware State leaders believed it was an interesting opportunity to approach their neighbors about the possibility of a merger. The college’s leaders were interested and are working with their Delaware State counterparts to make the merger happen. The merger agreement was recently signed.

One of the critical first pieces of any kind of merger is the due diligence of finding the correct partner. As you can see in the following paragraphs, Dr. Allen and his team have done their homework to make sure that Delaware State and Wesley are good partners for a merger.

Wesley and Delaware State share a similar student demographic. Delaware State has about 55% in-state students while Wesley has 57%. Both institutions serve minority students and their programs have many similarities and synergies, especially in the health sciences.

Wesley’s location and physical lay-out is exactly what Delaware State needs in Central Dover. Dr. Allen believes that once this merger is done, it will help the combined institutions rival sister institutions across the region and country.

From a purely financial place, Wesley is valued at approximately $34 million and has reasonably little debt. Through this merger, Delaware State leaders are creating a broader organization model that can support the institution moving forward.

Dr. Allen noted that cultural fit is key to the success of a merger. He believes it’s important to find the best of both institutions and then combining it to make the merger successful.

The next step in the Delaware State/Wesley merger involves combining the two organizational cultures. Dr. Allen said that Wesley has great brand equity in Dover and the State. While that brand equity is important, he wants to build capacity for Delaware State to expand its footprint more thoughtfully.

This requires getting to know the people on the other side of the table, and then sharing the hopes and aspirations from each institution’s perspective. Dr. Allen believes by sharing this information, parties can work together to build new and better structures and a strong organizational culture for the future.

Dr. Allen noted that the Delaware State/Wesley contract was more of an acquisition than a merger of equals. During the negotiation process, Delaware State’s leaders were able to “sell” this deal to its trustees and some key stakeholders across the community. The university’s significant track record of graduating some of the finest students in the state, especially students of color, over the past 130 years, helped make the case. In addition, Delaware State has grown a serious research portfolio across a number of disciplines.

The addition of Wesley into the university’s portfolio will expand Delaware State exponentially. Therefore, making the case for why and why now was part of the pitch that Delaware State leaders made to the institution’s board, which includes two past governors, business leaders and alumni. As the institutional leaders made the case, board members and stakeholders asked good questions and helped the leaders get the right kind of feedback to ensure that this acquisition happened in the right way.

The two institutions have set up a timeline of one year in which to bring the organizations together, and during this year, they have built enough “tollbooth gates” along the way to be able to pause to see if the institution is meeting the goals effectively in each step along the way of this merger/acquisition. That’s why a year of transition is so critically important in this process.

Dr. Allen said there are contingencies in the acquisition agreement that must be met in order to get to “Legal Day One” in June 2021. These tollbooth gates include:

Dr. Allen stated that the institution wants to have more students when the agreement’s effective date arrives, but also wants to be able to grow into its institutional “skin.” He noted that Delaware State’s student enrollment has grown 40% over the past decade whereas during that same period, colleges in the aggregate have seen declining enrollments. While Delaware State has been able to buck this trend, Dr. Allen noted that space restrictions have created issues with this growth that this merger will help alleviate.

In thinking about the right business model, the optimal student enrollment mix of residential vs. international vs. online as well as the right program mix, Dr. Allen noted that the acquisition of Wesley offers a very good opportunity to move a significant part of the residential mix of students and health services on the program side to that campus. Making these moves could build something very special.

Dr. Allen also noted that he and his staff have watched Wesley closely over many years and appreciated the quality of the institution’s programs. Wesley has faced many similar concerns that many private liberal colleges have faced this century and have been trying to find someone who could partner in a thoughtful way in order to preserve the students that are enrolled and also help the institution grow holistically.

Leaders are taking this year to evaluate different options of organization design and configuration to determine what would be best in moving forward and what would attract quality faculty and staff as well as students. Dr. Allen said a number of different configurations between the two institutions are being considered, including a Wesley campus at Delaware State University as well as a new Wesley College of Health and Behavioral Sciences at Delaware State University. This will expand Delaware State’s footprint across a wider region.

The real work begins now that the deal is signed. Dr. Allen has gone through this process as part of the acquired institution. He said that if you do it well, you’re taking the best of both institutions while also shedding things that beleaguered both institutions. Therefore, institutional leaders are being thoughtful about what they think is great about Wesley, where Delaware State can be more efficient and effective, and how to serve more students and give them more opportunities.

This was not the first time that Wesley had considered a merger – Wesley had considered several other partners, but those deals didn’t work out. Delaware State approached Wesley’s leaders with a deal that offered the best path forward for the institution. Additionally, this public-private partnership offers many additional benefits because it means Wesley will become a public institution.

Trying to find a merger partner can be difficult, but can succeed through identifying synergies. According to Dr. Allen, this is currently happening in his institution’s merger and that it’s important to be deliberate and realize that there are going to be surprises. He stressed the importance of having consultants who can help guide this process. He also believes that it is important to be thoughtful and really hopeful about creating a business model that can really change an institution and its service area.

Dr. Allen had a strategic vision when he assumed the presidency. His vision was helped because he grew up in Delaware and also served as the institution’s provost for two years before accepting the presidency. As he assumed the presidency, he contemplated the vision as well as what is right around the institution that can be amplified. Delaware State’s close proximity and regular collaboration to Wesley made this merger/acquisition make sense. Early reports indicate that stakeholders are seeing this effort favorably.

Communications are critical. The two institutions’ presidents are trying to answer questions in a uniform fashion. Both presidents meet regularly and coordinate communications, including the announcement of the merger/acquisition through a press release and press conference. They tried to articulate messages that would help individuals—students, faculty, staff and alumni—on both sides understand what this partnership would offer.

The next step is “standing and delivering in front of these audiences,” Dr. Allen said. This will encourage Wesley stakeholders to talk about their needs and anxieties and also communicate the opportunities that are being created for both institutions.  Dr. Allen believes that leaders need to communicate messages multiple times and then follow through on any promises that are made.