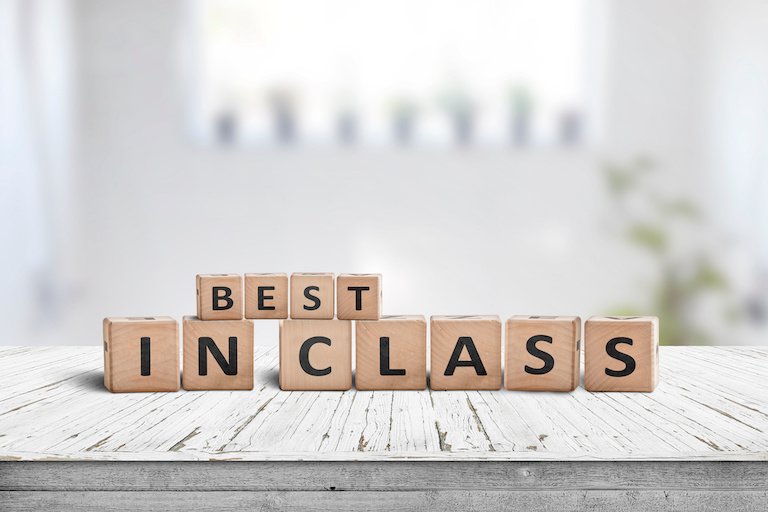 A Shared Optimism About the Future of Higher Education

Dr. Light and Jegla were randomly matched as advisor and advisee at the Harvard Graduate School of Education, where Light was the senior professor and Jegla was a graduate student. Although separated in age by 50 years, the two found that they shared much in common, including an alma mater (the University of Pennsylvania) and a passionate optimism about the future of higher education, despite its many imperfections.

After exchanging ideas over a long period of time, Light found an apt editor in Jegla, and it wasn’t long before the two decided to collaborate on a book. “It was sheer happenstance,” says Light. While others dove into new skills or hobbies during the COVID-19 pandemic, Allison retreated to her childhood home in Michigan. Richard sat at home in Cambridge, and the two co-authored the new book, Becoming Great Universities: Small Steps for Sustainable Excellence.

Light notes that although there have been some very good books released lately, most of the recent releases about higher education paint a pessimistic picture of the future. He wanted to create a book that illustrated the many ways higher education can be improved, along with specific suggestions that could be used by anyone in education – even incoming students.

Jegla adds that you don’t need any qualifications to use their ideas. “It’s really a back-to-basics approach. You don’t have to have a Ph.D. in higher education. Even an incoming student can use our suggestions to change the framework or the culture of a campus, little by little. One of our messages is to just go out there and try something. If it doesn’t work, try something else the next time.”

Light and Jegla studied over 200 campuses with the intention of developing suggestions that were actionable and either cost-free or low-cost. The first section of their book focuses on how to create a culture of innovation and experimentation on campus – a goal that neatly aligns with the rest of the book, which is full of innovative and experimental ways for colleges and universities to do better.

College Transformation Through Innovations in Teaching

Light points to multiple examples of innovation from the book, and specifically one in particular: Professor Lynne Steuerle Schofield from Swarthmore College on making the subjects more meaningful and real to students. The innovation: how to teach statistics to students.

As statistics teachers, Schofield and Light immediately shared something in common. Light earned his doctorate in statistics and was curious to know how Professor Schofield taught the subject. Her response was –  she would take her students to a local blood bank or food bank. She wanted to know if her students could learn statistics by helping to solve real-world problems for real organizations that needed help.

This innovative approach drove strong engagement among the students, who were helping the client organizations for free while solving real problems – and there were plenty of eager clients. Solving real problems with statistics brought the subject out of a disconnected college setting and immediately allowed the students to see how statistics were useful in the real world, not just in school.

When it comes to campuses that don’t want to innovate, Jegla talks about ways to build energy around innovation by shifting the culture. She says, “Our suggestion is to start with a coalition of the willing.” Cultural change can start with a small group of faculty members, such as a group of professors, who are already willing and interested in trying something new. Rather than fight to get buy-in from everyone on campus, this small group can grow by engaging in dialogue with others, including faculty, students, and alumni.

“And suddenly that idea can be spread throughout an entire campus. It really isn’t about getting every single faculty member on board to commit. It could be as simple as one individual here or there that ultimately begins to change the campus culture.”

There is a basic principle that should be emphasized and understood, according to Light, which is that no one expects every experiment to succeed. This principle should relieve some of the pressure educators may feel about trying new ideas. “It’s a mindset – let’s try and do things with the full understanding that, like a new business, some will succeed, and some will not succeed. But let’s reward everyone who gives it a try.” Like a muscle, an innovative mindset must be built over time and through exercise, and the only way to do that is by trying out new things.

While faculty and staff may balk at innovative ideas, students crave innovation, and creating a culture around experimentation is a major pathway for higher education institutions to expand their value propositions. Light and Jegla’s book points out that there is a disconnect between student learning outcomes and what employers want from graduates.

With the cost of higher education ballooning, and with college enrollment declining, it has never been more critical for colleges and universities to offer value that extends throughout a student’s life, not just for four years. Just as Swarthmore’s statistics professor aimed to do, students need to experience how they can use what they’re learning to solve problems in the real world. That’s what makes students feel like they’re getting a valuable education, and it’s also what employers are looking for in new hires.

The idea of using real data instead of relying on old models or assumptions extends throughout the book. Light points out an example of a question he has often asked on campus: Do you know what your students really know? This simple question, he says, has been met with baffled gazes. Yet Light has a suggestion for finding the answer, which is astonishingly simple.

On one campus, he and a small group of people came for a day to sit with some graduating seniors, one on one, for just a few minutes. In a casual setting, they were able to ask the students directly about what they knew and didn’t know, specifically about topics their teachers found important. With the knowledge they gained, professors were able to tailor their next classes to address the real needs they had gleaned from real data.

“For the first time in 20 years, their faculty got very specific feedback about what their students do know and don’t know. Then they had multiple faculty meetings to discuss changes in their curriculum.”

This free feedback had an immediate impact on what the students were learning. The approach of asking for real data instead of relying on assumptions and hunches is doubly important, Light and Jegla emphasize when it comes to supporting underrepresented students.

Incorporating student feedback into the curriculum is critical for achieving learning outcomes during the span of each student’s four-year education – but what about a value proposition that extends throughout each student’s life? That’s the kind of value Jegla and Light want colleges and universities to offer.

Allison Jegla points out that the pessimism surrounding higher education in the post-pandemic world, on top of declining enrollment, means institutions need to innovate more than ever. “We have to be able to say to students, here’s what you will do better because of attending this university. Here is what you will actually gain, not only for those four years but for the rest of your life.” Together, Light and Jegla reimagined the familiar phrase of lifelong learning.

Once they reframed the idea of lifelong learning as lifelong engagement, it became clear that building relationships were one key to achieving a long-term value proposition. That meant getting recent grads to share their experiences, engaging alums in the recruitment process, and creating avenues for students, faculty, and alumni to interact.

“It’s better for everyone when you have alumni involved, especially in the recruiting and admissions process.” But when graduates are considering new jobs, looking at graduate programs, or even moving to a new city, alumni are just as indispensable for keeping students engaged with educational institutions for life. “In my opinion, it’s an underutilized resource for almost every school” adds Jegla.

Richard Light points to a real example from the Alumni Association of Indiana University. A student who was majoring in history reported that he was satisfied with his education, but he wanted to understand the fundamentals of business. The association connected him with a young history graduate who had become a successful businessman, and the graduate offered to mentor the student. The student, in turn, paid it forward by offering to mentor another student after he graduated. This type of informal mentoring came about by connecting the dots, at no cost to anyone.

Building relationships is a theme that echoes throughout the book. One relationship dynamic that stands out is that between students and advisors. “The big point in my mind,” says Richard Light, “is the importance of good advising, especially for students from non-traditional backgrounds, such as low-income or first-generation backgrounds.”

On some campuses, advisors – whether they be faculty or staff – convene several times a year to share best practices.

One practice that Light uses personally is to ask incoming students what they think their real job is for the first semester. Often, students will say that their job is to study hard and do well. To those students, Light would respond with an encouragement:

“Your real job each semester here is to get to know one faculty member a little, and to let them get to know you just a little bit, and think, even if you fail at doing that half the time, by the time you graduate, you’ll have three or four faculty who know you and can serve as references. But more importantly, you’ll feel a part of the community.”

That kind of low-pressure, cost-free relationship building is something every advisor could recommend.